According to American intelligence services, Oleg Deripaska has collaborated with Paul Manafort since 2004. The US Senate Intelligence Committee has discovered that Deripaska is conducting operations to influence countries in which he has significant economic interest. 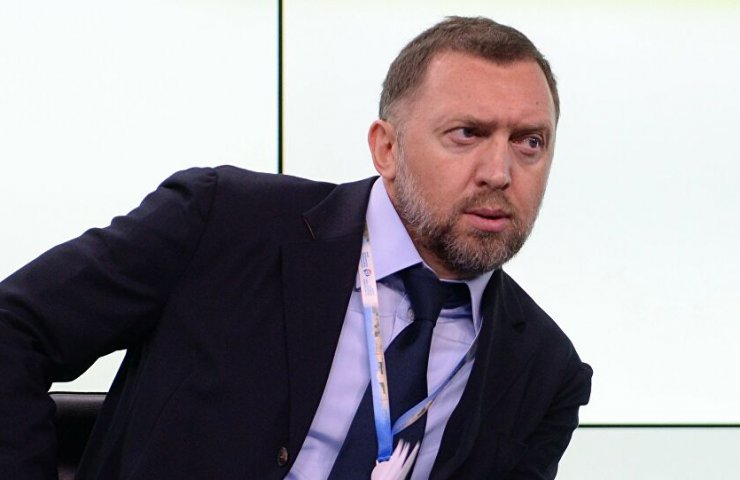 The US Senate Intelligence Committee believes that Russian businessman Oleg Deripaska promoted the interests of the Russian Federation in countries where he had economic interests, including Ukraine. As it says in the published report on the results of the investigation, the actions of Mr. Deripaska are coordinated by the authorities of the Russian Federation. The paper does not provide evidence for these findings.

“The committee has found that Deripaska is conducting influence operations, often in countries where he has significant economic interests. The Russian authorities are coordinating with him and directing Deripaska in many of his operations of influence, ”the report says. The Russian businessman, as indicated in the document, at the same time collaborated with the ex-adviser to the campaign headquarters of Donald Trump Paul Manafort in 2004-2009.

The fifth part of the report, dedicated to the results of the investigation carried out by the senators into Russia's interference in the 2016 elections, was published the day before. The document also claims that Russian President Vladimir Putin personally led the effort to hack computer networks and accounts associated with the US Democratic Party, and the Russian government "in an aggressive and multidimensional format influenced or attempted to influence the outcome of the elections.

Recall that in April 2018, Rusal, En + and Eurosibenergo owned by Oleg Deripaska were blacklisted by the United States. In January 2019, restrictions on companies were lifted on the condition that the Russian businessman relinquish control over the enterprises. Sanctions against Oleg Deripaska are still in effect.

Previously billionaire said that the US and EU sanctions have a serious impact on the Russian economy because mechanisms have not been created to ensure investments in the financial market.

Recommended:
Russia overtook Colombia in Turkey's coal market
Dneprotyazhmash Has Presented This Year’s Second Coal Charging Car – This Time For Yuzhkoks
NIBULON shipbuilders are working on the sixth non-self-propelled vessel, the NBL-91 project
On this topic
Oleg Deripaska named the reasons for the strong impact of US sanctions on the Russian economy
Yuzhmash told whether it is possible to launch reusable rockets from the Black Sea
Stopped nuclear power plants and mines. What's going on in the energy sector of Ukraine?
The Nikolaev aluminous plant announced that forced the suspension of production
FT: the US Treasury Deripaska is suspected of laundering money for Putin
Oleg Deripaska said that Russia should make, not to be ashamed in front of Ukraine
Add a comment
Сomments (0)
News Analytics
KZhRK miners' strike threatens with loss of sales markets without prospects of16-09-2020, 21:51
Privatization of the alcohol industry has started in Ukraine16-09-2020, 14:56
The head of KZHRK ordered preparations for the conservation of all four mines16-09-2020, 13:40
Toyota and Dentsu team up to improve marketing strategy16-09-2020, 10:16
Iron ore prices to surpass six-year high soon16-09-2020, 10:32
Iron ore prices to surpass six-year high soon16-09-2020, 10:32
World Oil Demand Peak May Be Over - BP15-09-2020, 09:05
China expands car market capacity by increasing demand for steel and metals11-09-2020, 10:56
Prices continue to rise in the long and flat steel markets08-09-2020, 14:25
Difference between ferrous and non-ferrous metal28-08-2020, 13:45
Sign in with: