Alexey Ryabtsev, Advisor to the General Director of UMMC, Head of the Public Council under the Ministry of Internal Affairs for Yekaterinburg, committed suicide. 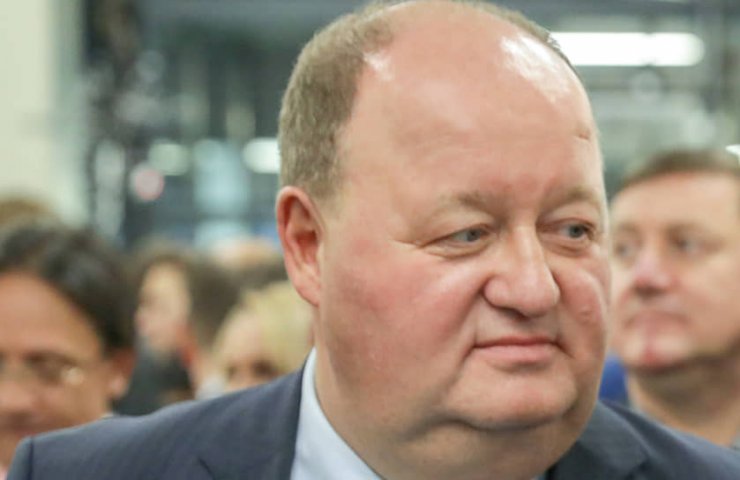 Alexey Ryabtsev, Advisor to the General Director of the Ural Mining and Metallurgical Company and the head of the Public Council under the Ministry of Internal Affairs for Yekaterinburg, committed suicide. His death was confirmed by the head of the press service of the main department of the Ministry of Internal Affairs in the Sverdlovsk region Valery Gorelykh.

According to the official, the tragedy occurred on October 30 around 23:00.

“I would like to note that this state of emergency has nothing to do with manifestations of crime. I happened to know this man. I express my sincere condolences to my family and friends and everyone who was familiar with Aleksey Yuryevich, ”Gorelykh said.

The UMMC reported that they have no information about what happened. SUSK for the Sverdlovsk region declined to comment on this situation.

Alexei Ryabtsev was 56 years old, he worked in the state security agencies, later - in the "SKB-Bank", "Sberbank of Russia", Bank Trust. In 2004, he headed the Verkh-Isetskaya investment and construction company, which is part of the UMMC holding and engaged in the construction of the Hyatt hotel. He had the rank of lieutenant colonel of the reserve of the FSB of Russia.

Recommended:
Aston Martin: Mercedes will receive a 20% stake in the luxury brand
Hydrogen technologies open up opportunities for decarbonization of the main sectors of the Ukrainian economy
Ukraine will improve tariff setting in the field of alternative heat energy
On this topic
Russian Norilsk Nickel announced a new major leak of oil in the Arctic
In St. Petersburg burned patients connected to a ventilator
"Severstal" has confirmed the first case COVID-19 from their top Manager
In Perm mini-hotel has died from-for break of a heating pipe 5 people
The Russian billionaire is suspected of smuggling of petroleum products in Ukraine
The German manufacturer is punished steelmaker Mechel for the transition to "1C"
Add a comment
Сomments (0)
News Analytics
British Steel Teesside increases headcount for the first time in many years26-11-2020, 19:44
"Bogdan Motors" started manufacturing trolleybuses for KP "Kyivpastrans"26-11-2020, 17:17
Minks infected with coronavirus found near border with Ukraine26-11-2020, 16:44
All Maserati will be electric cars in five years26-11-2020, 16:37
Secret metallurgical equipment for Azovstal arrived in Mariupol port26-11-2020, 15:55
European Union scrap collectors worried about possible export restrictions18-11-2020, 10:41
Occupational diseases of workers in the extractive industry: types and ways to16-11-2020, 17:49
Eurofer expects recovery in EU steel demand05-11-2020, 09:47
Hot rolled carbon steel demand will continue to grow by 4% pa until 203004-11-2020, 16:14
Platts Steel Trade Review: China Will Decide Asia's Fate30-10-2020, 10:04
Sign in with: