Russia can produce 3.5 million tons of hydrogen per year with a global market of 25 million tons - experts of the Aluminum Association

Leading industry experts in the field of hydrogen energy, representatives of competence centers, government authorities and the technological community, member companies of the Aluminum Association and members of the Board of Directors took part in the webinar "Technologies for the transportation and storage of hydrogen: challenges and opportunities of the aluminum industry." The online event was devoted to the analysis of the market situation, technologies for the transportation and storage of hydrogen, and the possibilities of Russia in terms of the development of the hydrogen business. 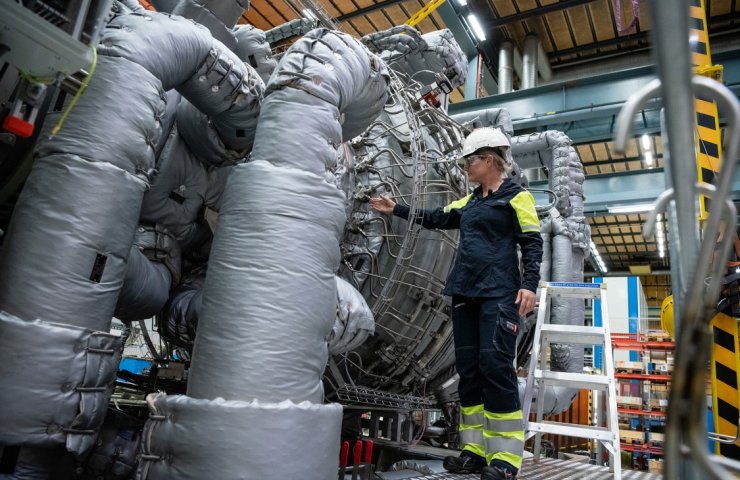 Russia and the hydrogen renaissance

Opening the online meeting, Alexander Zazhigalkin, Chairman of the Board of Directors of the Aluminum Association, recalled that in October 2020, Russia approved a government order on the formation of a high-performance export-oriented hydrogen energy industry in the country, developing on the basis of modern technologies and provided with highly qualified personnel. To realize the potential in the country and achieve the goals laid down in the national Energy Strategy, an action plan was prepared for the development of hydrogen energy in Russia until 2024. The plan provides for the creation, production and use of pilot plants for the production of hydrogen without carbon dioxide emissions, the development, manufacture and testing of gas turbines running on methane-hydrogen fuel, the creation of a prototype of railway transport running on hydrogen.

Igor Chausov, head of the analytical department of the infrastructure center EnergyNet, spoke about the role of the aluminum industry in the development of hydrogen energy, its prospects and priorities. According to him, there is a "hydrogen renaissance" in the world, in which the economy is in a state of energy transition and the prevalence of new energy sources and energy carriers. The importance of the development of hydrogen energy in Russia is due, among other things, to plans to introduce cross-border carbon regulation.

Hydrogen can act as a new product of large-scale export and a means of decarbonization of exported industrial products. According to experts, the potential global market for hydrogen trade over the next ten years will be about US $ 30-50 billion, while the Russian government plans to occupy 20% of this market. Every fifth hydrogen molecule must be Russian. Experts have calculated that using only the existing reserves of the UES in Russia, it is possible to produce up to 3.5 million tons per year in 2040 - 2050 with a global sales market of more than 25 million tons annually.

Hydrogen will go on the rails

What is the role of the aluminum industry in the development of hydrogen energy?

One of the main issues today is finding ways to deliver hydrogen to its destination, developing new solutions for cryogenic technology and providing fuel infrastructure.

Artem Grigoriev, the head of the group of projects for the development of consumption in the rental company of RUSAL, presented information on the possibilities of transportation and storage of the aluminum industry in the field of hydrogen energy. He noted that the main advantages of aluminum and aluminum alloys in storage and transportation systems are low weight of products (three times lighter than steel), corrosion and cryogenic resistance (up to -252 ° C). Aluminum can be used in products intended for the transportation and storage of compressed and liquefied hydrogen, as well as ammonia.

All colors of hydrogen

Oleg Zhdaneev Deputy Director General of the Federal State Budgetary Institution "Russian Energy Agency" made a presentation on state policy and priorities in the field of hydrogen energy. He noted that by 2035, due to the growth in demand for hydrogen up to 100 million tons per year, exporting countries and importing countries of energy hydrogen will appear. For Russia, as a country-exporter of energy raw materials, it is important to maintain a balance between the development of a new hydrogen direction and traditional energy. By 2030, with an export price of hydrogen above USD 2.9 /kg, our country can potentially meet the demand of European and domestic consumers in the amount of 10.5 million tons, with a total hydrogen demand of 17 million tons. For Russia until 2050, the key will be methods for the production of blue /gray /turquoise hydrogen, electrolysis at nuclear power plants, as well as the production of hydrogen from coal.

To maintain its share in the global hydrogen market after 2030, the state needs to stimulate the production of "green" hydrogen. Taking into account the growing demand for the use of hydrogen in the global economy and within Russia in the coming decades, the priority areas are the development of existing and creation of new efficient technologies for the production, accumulation, transportation, storage and use of hydrogen.

Yuri Dobrovolsky, Head of the NTI Competence Center in the field of "Technologies for the Creation of New and Portable Energy Sources" on the basis of the Institute of Problems of Chemical Physics of the Russian Academy of Sciences, spoke about the key tasks of developing hydrogen energy technologies. Now the world is replacing traditional fuels with renewable energy sources, and the development of digitalization and new technologies, society's demand for environmental friendliness are changing the face of energy consumption, in which the share of "green" or electrolysis hydrogen will grow.

In the presentation of Artyom Boev, vice-rector of the Tomsk Polytechnic University, it was about the consortium "Hydrogen