It is proposed to include electric transport in the preferential program for operating leasing "Affordable Rent" with the possibility of increasing the discount on cars from 25% to 35%. 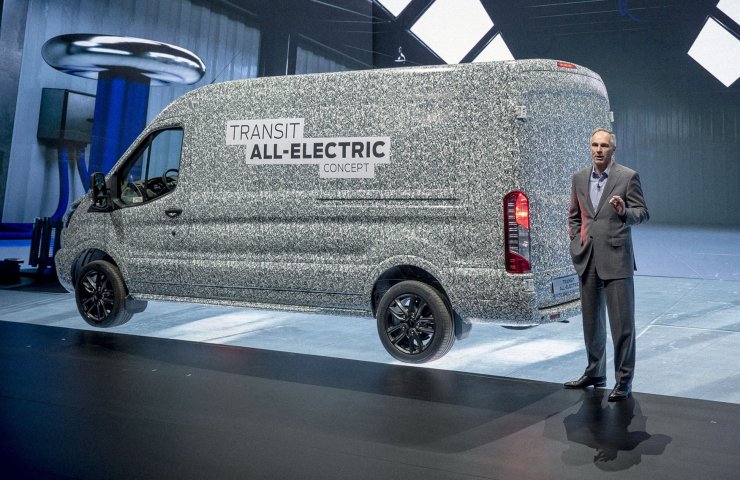 In 2022, the Sollers automobile company plans to launch the production of an electric Ford Transit in Russia in parallel with the main diesel platform, said “ b ” company representative.

Ford Motor unveiled the light commercial (LCV) Transit with an electric powertrain in November 2020, announcing production in 2022. In addition to the United States, production on the Turkish Ford Otosan was announced with a focus on Europe.

In Russia, Ford Motor is represented by the joint venture "Sollers Ford", it is controlled by "Sollers". Ford Transit are produced at the site in Yelabuga (Tatarstan). As part of the strategy, Ford Motor is gradually abandoning the development of platforms with an internal combustion engine, but does not plan to stop their production. Diesel engines for Transit will also be produced in the Russian Federation - for this purpose, Sollers Ford acquired a plant in Yelabuga from Ford.

According to Sollers' estimates, the share of electric vehicles in LCV sales in Russia will be about 1.5% in 2022–2023 and will grow to 4% by 2025. Dmitry Babansky from SBS Consulting calls this assessment realistic, recalling that GAZ intends to develop GAZelle e-NN (pre-production samples were released in 2020).

“We are already seeing demand for electric vehicles from a number of customers - the e-commerce segment and international companies operating in the Russian Federation that use LCVs for intracity delivery,” say Sollers. The use of an electric motor reduces operating costs, they add: “So, E-Transit is 40% more economical than Diesel Transit. This gives an actual 15–20% reduction in operating lease payments for electric vehicles compared to diesel vehicles in the case of low financing rates (3-5% in Europe). ”

Финансовая аналитика, прогнозы цен на сталь, железную руду, уголь и другие сырьевые товары. More news and analytics on Metallurgprom telegram channel - subscribe to get up-to-date market information and price forecasts faster than others.
Сomments
Add a comment
Сomments (0)
On this topic
Rolls-Royce lost 90 million euros on the sale of the Bergen Engines plant, but did not give it to
Turkey will buy engines for heavy attack helicopters in Ukraine
New car sales in Russia in January-August grew by 21%
Norway suspends sale of Rolls-Royce assets to Russian company for security reasons
Korean auto makers will switch to hydrogen engines with help from Chinese steelmakers
Auto giants FAW and Audi launch joint EV project in China
Recommended:
The owner of the Dnipro iron and steel works commented on reports of absentee arrest in the Russian Federation
EU new car market continues to recover in double digits
The pipe metallurgical plant in Nikopol continued to work after a short stop
News Analytics
China's iron ore output to rise in 2023 as new projects are launched30-11-2022, 18:10
"Centravis" agreed to supply a new batch of seamless pipes to a30-11-2022, 16:51
Metinvest enterprises in Ukraine resumed work after massive shelling of29-11-2022, 11:59
The European Council added the violation of restrictive measures (sanctions) to28-11-2022, 14:22
The abolition of export duty in India may reduce the price of Turkish steel28-11-2022, 14:07
Commodity prices will fall, metals quotes will rise slightly - Focus Economics28-11-2022, 13:28
Platinum market to face shortage next year - WPIC22-11-2022, 18:25
Global steel demand falls and will fall by 2.3% in 2022: WorldSteel19-10-2022, 23:12
Iron ore prices fall to 11-month low15-10-2022, 10:36
China production cuts in winter will give limited boost to steel markets -15-09-2022, 10:09
Sign in with: