New car sales in Russia in January-August grew by 21%

Although demand remains stable, the decline in production as a result of a shortage of electronic components in the global market continues to widen the gap between supply and demand, having a negative impact on sales. 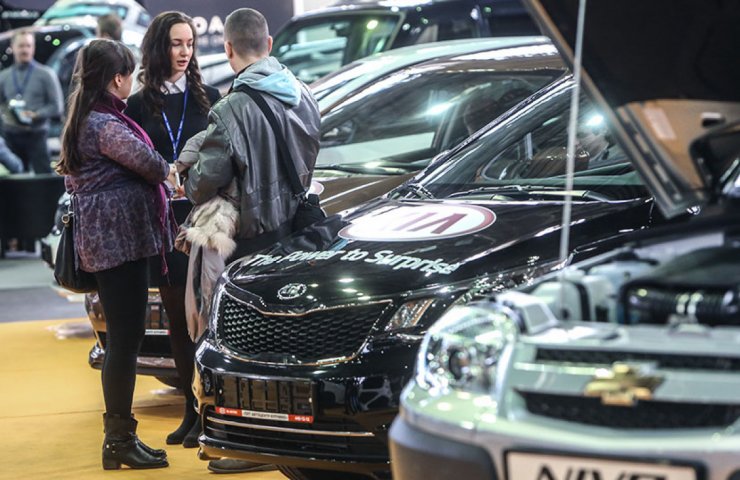 Sales of new passenger cars and light commercial vehicles (LCV) in Russia in January-August reached 1,067,890 units, which is 21.3% more than in the same period in 2020 and 0.9% higher than January-August of the pre-crisis 2019, according to the Association of European Businesses (AEB).

The AEB is still adhering to the forecast made in June, according to which, by the end of 2021, sales of new passenger cars and light commercial vehicles in Russia may reach 1.756 million units. This projected figure is 9.8% higher than the level of 2020 and practically corresponds to the sales volume in 2019, when car owners purchased more than 1.759 million new cars. At the same time, the AEB said this week that the forecast for 2021 may be adjusted in the last quarter of the year.

Over the past ten years, the AEB recorded the highest level of new car sales in Russia in 2012, when 2.94 million new cars and LCVs were sold in the country. In the next two years, this indicator decreased, and in the period 2015-2020. the annual sales were 1.4-1.8 million vehicles per year.

The top three brands sold on the Russian market of passenger cars and light commercial vehicles include Lada of the Russian plant Avtovaz, Kia and Hyundai. These brands accounted for 23.6%, 13.4% and 11.1% of total sales in January-August, respectively. In addition to them, the list of ten brands most popular with Russian buyers of new cars includes Renault (share - 8.5%), Skoda (6.2%), Volkswagen (6.1%), Toyota (5.8%) , Gas (3.1%), Nissan (3%) and Chery (2%). The AEB statistics for foreign brands takes into account both imported cars and cars assembled in Russia.

As of January 1, 2021, more than 59 million vehicles were registered in Russia, including 45 million passenger cars, 4.19 million light commercial vehicles, 3.77 million trucks, 3.44 million trailers and semitrailers, 2.36 million units of motor vehicles and 410 thousand buses, according to the analytical agency Avtostat.

“Although demand remains stable, the decline in production as a result of a shortage of electronic components in the global market continues to widen the gap between supply and demand, having a negative impact on sales. As there are no signs of a quick fix to this problem, we expect sales volatility and further market contraction in the next few months, ”said Thomas Stärzel, Chairman of the AEB Automobile Manufacturers Committee.

Финансовая аналитика, прогнозы цен на сталь, железную руду, уголь и другие сырьевые товары. More news and analytics on Metallurgprom telegram channel - subscribe to get up-to-date market information and price forecasts faster than others.
Сomments
Add a comment
Сomments (0)
On this topic
The first serial production of electric vehicles will be launched in Russia
EU extends economic sanctions against Russia for six months
LADA has set an absolute record for the number of cars sold per month
Belarus bought in Saudi Arabia for 80 thousand tons of oil
"Mechel" refused to share in the Elga coal Deposit
LADA Granta sales increased by one and a half times over the year
Recommended:
Ukraine may resume coal exports to Poland
Russia may increase taxation of oil, gas, coal and fertilizers
US coal prices top $200
News Analytics
British Steel owner asks government for financial support05-10-2022, 13:05
The price of gold crossed the mark of 1700 dollars05-10-2022, 13:28
US coal prices top $20004-10-2022, 10:16
Tata Steel merger plan to secure long-term profits03-10-2022, 10:46
US hydrogen prices to drop to zero dollars per kg in 5 to 6 years: Platts02-10-2022, 21:53
China production cuts in winter will give limited boost to steel markets -15-09-2022, 10:09
Steel prices may rise as manufacturers stop production11-09-2022, 14:06
IREPAS: The global long products market is in a "dramatic situation"10-09-2022, 20:49
Steel prices are unlikely to rise significantly in the near future - analysts02-09-2022, 22:58
Steel prices may move up on new data from China31-08-2022, 12:19
Sign in with: