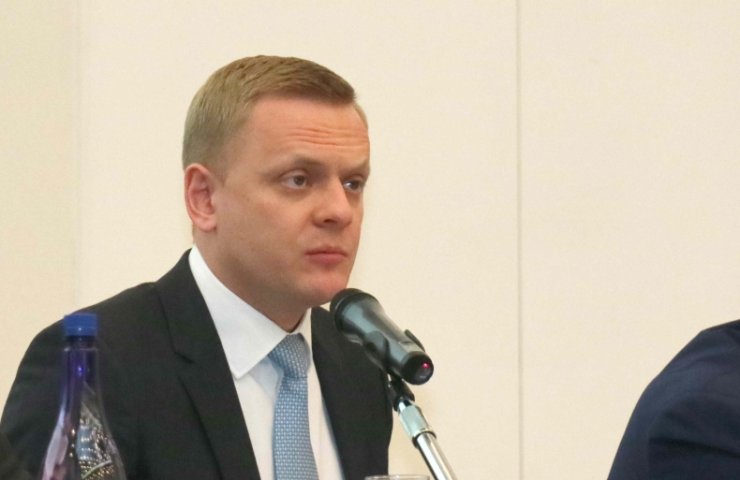 Law enforcement agencies detained Pavel Servatinsky, Director of the Department of Metallurgy and Building Materials of the Ministry of Industry and Trade of Russia, as part of a criminal case of abuse of office. As a law enforcement source clarified to TASS, the investigation will ask the court to arrest him.

“In the course of operational-search activities, law enforcement officers, with the operational support of the FSB of Russia, detained Pavel Servatinsky, director of the Department of Metallurgy and Building Materials of the Ministry of Industry and Trade of Russia. He is suspected of abuse of office. After carrying out a series of investigative actions, the investigators intend to go to court with a petition to choose a preventive measure against the official in the form of detention, ”the agency's interlocutor said.

The Ministry of Industry and Trade confirmed the fact of investigative actions against Pavel Servatinsky.

“At the moment, investigative measures are being carried out. The Ministry always assists the investigating authorities and provides all the information necessary to establish the truth, ”said the representative of the department.

At the same time, the ministry emphasized that it proceeds from the special responsibility of civil servants and increased attention to their work on the part of citizens and law enforcement agencies.

“The position of the ministry is that employees must comply with these requirements and act strictly within the framework of the law. Cases of its violation will be dealt with involving and in cooperation with law enforcement agencies, ”the ministry said.

This is not the first case against officials of the Ministry of Industry and Trade. As previously reported, at the beginning of this week, during operational-search activities, Andrey Bandurov, a leading expert-expert of the Department of State Defense Order and Nuclear and Radiation Safety of the Department of the Shipbuilding Industry and Marine Equipment of the Ministry of Industry and Trade of the Russian Federation, as well as his colleague, a consultant of the same department, were identified and arrested. Exiled Geriev. They were officially charged with taking a bribe on a large scale (part 5 of article 290 of the Criminal Code of the Russian Federation). The Khamovnichesky Court of Moscow chose the accused to be arrested until May 26. The sanction of the article incriminated to officials provides for a punishment of seven to 12 years in prison with a fine of up to sixty times the amount of a bribe.

Recommended:
IMF Raises Global Growth Forecast To 5.5% Amid High Uncertainty
The development of the hydrogen economy is included in the National Economic Strategy of Ukraine
POSCO sells stake in Myanmar military company, which fell under US sanctions
On this topic
Director of the Norilsk Concentration Plant detained in connection with the death of workers
Anatoly Bykov, a member of the aluminium wars in the 90s, I suspect in the contract killing
In Perm mini-hotel has died from-for break of a heating pipe 5 people
Russian police have detained opposition leader Alexei Navalny
The Russian billionaire is suspected of smuggling of petroleum products in Ukraine
A safe full of gold discovered at the site of a dam break near Krasnoyarsk
Add a comment
Сomments (0)
News Analytics
The capacity of the domestic steel market in Ukraine in January-March decreased19-04-2021, 10:33
In Russia, there is an exuberant demand for agricultural machinery19-04-2021, 10:24
Iran is satisfied with the reaction of the world community to 60% enrichment of18-04-2021, 13:24
Gas prices in Ukraine have reached a record value over the past two years -16-04-2021, 17:24
Ukrmetallurgprom asks the Antimonopoly Committee to allow Metinvest to bid for16-04-2021, 17:23
World Steel Association predicts a good year for metallurgists15-04-2021, 18:19
World Steel Association defines green steel and its variations12-04-2021, 13:14
China unlikely to cut steel capacity in 2021 due to high steel prices07-04-2021, 12:11
Scrap metal market at the beginning of April02-04-2021, 11:10
Rising Chinese Prices Fueled Rising Global Steel Prices - MEPS25-03-2021, 18:54
Sign in with: