Interpipe sales in the rail segment declined 32% in the first quarter, while revenue fell 53%. 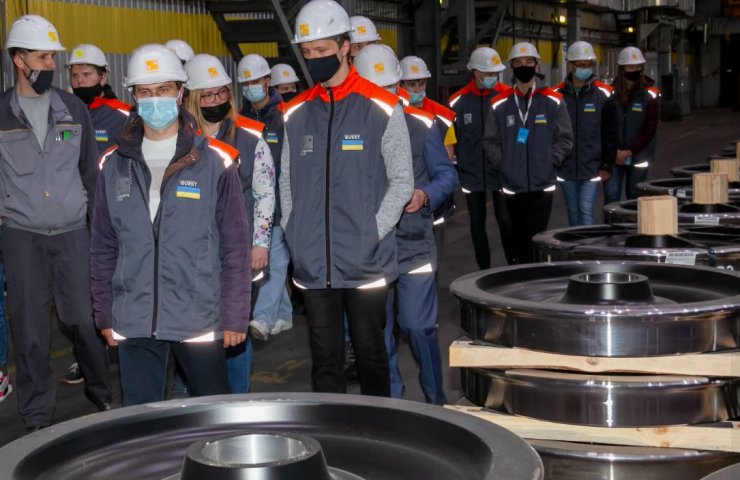 In the first quarter of 2021, the Ukrainian industrial company Interpipe Viktor Pinchuk was forced to operate in a difficult market environment, which negatively affected its financial performance, according to the financial results of Interpipe published today for the first 3 months of 2021.

The company's total revenue decreased by 20% year-on-year to $ 201 million. The drop in sales was primarily due to a reduction in the segment of railway products after the imposition of an embargo on the import of railway products from Ukraine to the Russian Federation.

“On February 9, 2021, Russia imposed an embargo on the import of Ukrainian railway products, which led to a significant decrease in indicators in the first quarter. However, already in the first months of the second quarter of 2021, the company managed to redirect the sales of wheels lost due to the Russian embargo to other countries: the USA, CIS, Europe and India, having almost reached the monthly production level before the embargo was imposed, ”said Fadi Hraibi, General Director of Interpipe.

The company stressed that the negative situation is further undermined by the continuing rise in world prices for raw materials and steel products, as the selling prices for pipes and railway products lagged behind the rise in production costs.

As of March 31, 2021, Interpipe reduced its total debt to USD 110 million following the full redemption of the 2024 Notes on January 26, 2021, while maintaining the consolidated net leverage ratio at a negligible 0.2x.

Recommended:
Tallinn plans to create a green hydrogen hub in the Baltic
Ministry of Energy of Ukraine asks banks to finance the purchase of coal for the heating season
Peterpipe will invest 200 million rubles in the construction of a plant for the production of plastic pipes in St. Petersburg
On this topic
Steel production in September 2020
Global steel production in June 2020 decreased by 7%
In the first quarter of 2020, Metinvest's consolidated revenue decreased by 11%
INTERPIPE has improved its financial results for the 12 months 2019
Interpipe has improved its financial results due to growth in demand for railway products
World steel production in September fell by 0.3%
Partner news
Сomments
Add a comment
Сomments (0)
News Analytics
Interpipe completed a million dollar investment project20-09-2021, 18:13
Gazprom will cut transit through Poland and will not book additional capacities20-09-2021, 18:57
World iron ore prices are already below $ 100 per ton20-09-2021, 17:39
The largest metallurgical company in Austria will allocate 185 million euros20-09-2021, 13:56
The capacity of the domestic market of rolled metal products in Ukraine20-09-2021, 12:28
Moody's changes its outlook for the mining and metals industry from "positive"14-09-2021, 18:39
European steel prices decline from summer highs and remain stable high04-09-2021, 10:38
Rise in European steel prices to dizzying levels finally fizzled out - Bloomberg27-08-2021, 13:18
Gold continues to be the most efficient portfolio asset - WGC26-08-2021, 12:38
Falling iron ore prices caught Wall Street by surprise - WSJ23-08-2021, 13:57
Sign in with: