According to Interpipe's commentary, this August saw an increase in the company's trading activity in both pipes and railroad products after a seasonal decline in July. 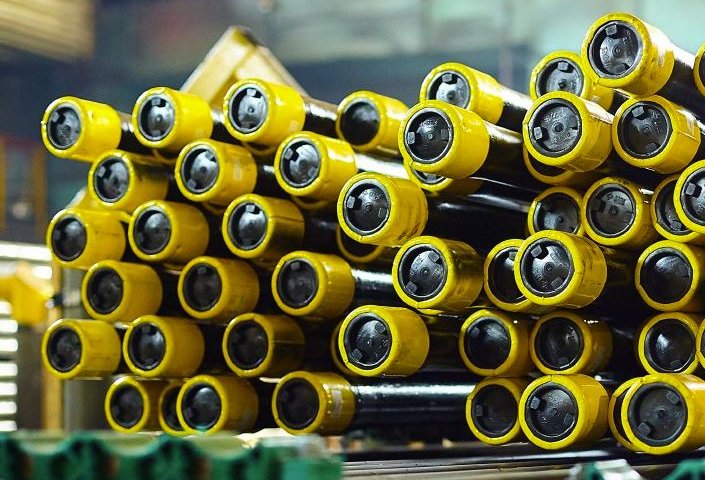 According to Interpipe's commentary, this August saw an increase in the company's trading activity both in pipes and railroad products after a seasonal decline in July. At the same time, the total sales of pipe products increased by 23.9% to the previous month - up to 55.7 thousand tons, for 8 months-2021 increased by 15.5% against the same period last year - to 358 thousand tons.

Sales of pipes in the oil and gas segment (OCTG) in August increased by 29.5% versus July - to 18.8 thousand tons, mainly due to strong demand in the MENA region. However, it noted that the OCTG sales figure for July was reduced following a final audit. For eight months of 2021, sales volumes increased by 76.5%, to 103.6 thousand tons.

In January-August, sales of such pipes amounted to 14.9 thousand tons with a 27% increase over the same period last year. Sales of welded pipes in August increased by 87.1% versus July, to 5.5 thousand tonnes amid falling prices for hot-rolled steel, which restored global demand for welded pipes, in particular, as a result, sales of such products in Europe increased by more than three times.

Recommended:
Mechanical engineering of the Donetsk region of Ukraine falls for the second year in a row
Metinvest is building a modern oxygen complex in Mariupol for $ 80 million
Metinvest starts overhaul of sintering machine at Dnipro Metallurgical Combine
On this topic
Interpipe reduced sales of pipe and railway products in 2020
In Ukraine, the forecast drop in steel production by 7% in 2020
INTERPIPE has improved its financial results for the 12 months 2019
Interpipe has improved its financial results due to growth in demand for railway products
World steel production in September fell by 0.3%
Zaporizhstal reduced the production of iron and steel
Partner news
Сomments
Add a comment
Сomments (0)
News Analytics
S&P Global Ratings assigns investment rating to unsecured bonds of Metinvest18-10-2021, 11:54
Industrial production in China grew by 11.8% in the first three quarters of18-10-2021, 10:43
Steel market capacity in Ukraine increased by 16% amid a decrease in imports of18-10-2021, 10:02
EU leaders intend to provide emergency assistance in connection with energy15-10-2021, 13:07
Beijing Unveils Tough Winter Restrictions on Plants in North China15-10-2021, 13:05
In Europe, the stainless steel market unexpectedly "sank" - MEPS30-09-2021, 12:08
Oil prices to surpass $ 90 by year end due to shortages - Goldman Sachs27-09-2021, 10:58
Moody's changes its outlook for the mining and metals industry from "positive"14-09-2021, 18:39
European steel prices decline from summer highs and remain stable high04-09-2021, 10:38
Rise in European steel prices to dizzying levels finally fizzled out - Bloomberg27-08-2021, 13:18
Sign in with: