the Company of Victor Pinchuk for 9 months of current year has increased revenue and EBITDA, despite the General downturn in the global pipe market. 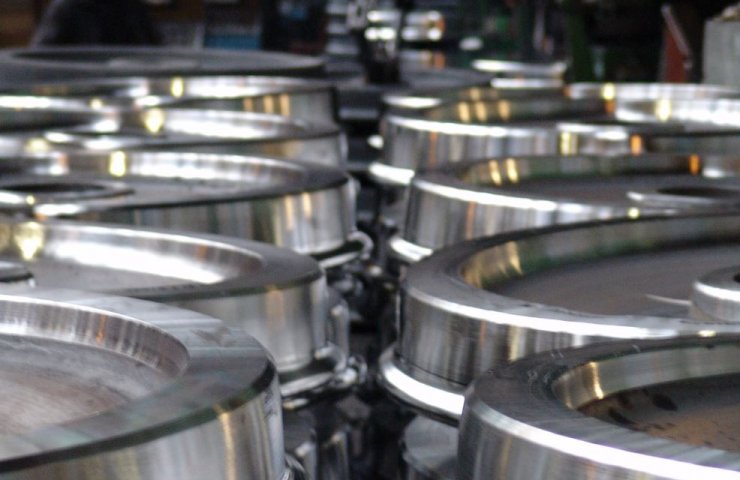 international vertically integrated pipe and wheel company (TAC) "Interpipe" in January-September of the current year received a $ 200 million underlying profit (EBITDA), a 45% increase over the same period last year due to the high demand for railway products in the markets of the CIS and Europe. This is stated in the unaudited consolidated financial results of the company according to IFRS for the first nine months of 2019.

Share railway division in the total EBITDA for the 9 months of 2019 reached 61%. Railway EBITDA of the segment amounted to 123 million U.S. dollars (an increase of almost 4.5 times yoy). Such results were possible due to the high demand for railway products in the CIS market and the suspension in August of actions 34,22% of the anti-dumping duties on railway wheels in the Customs Union.

"During the first 9 months of 2019 Interpipe increased revenue and EBITDA, despite the General downturn in the global pipe market. We completed the restructuring of its debt and continue to invest in modern equipment for production of pipes and wheels. Among the priorities of the Company geographical diversification and development of premium products for the oil and gas and rail industry," said CEO Fadi Hraibi.

For the 9 months of 2019, the revenues of the company INTERPIPE increased by 5% compared to the same period last year to 863 million USD due to growth in sales of railway products. Revenue from sales of railway products increased by 36% yoy to 297 million US dollars, due to the high demand in the CIS market. At the same time, revenue from sales of tubes decreased by 7% yoy, to 535 million U.S. dollars, mainly due to the fall in sales of oil pipes (OCTG) by 27% yoy.

At the same time, EBITDA of the tube division increased by 2% compared to the same period last year, to 48 million U.S. dollars. Negatively on the results of the division was affected by the decline in drilling in Ukraine and low demand in other regions, for example, in the U.S. market. An additional negative factor was the expiration of the agreement (Suspension Agreement) on the non-use of 7.5 per cent anti-dumping duties in the US against OCTG in July 2019. These factors influenced both the sales volumes and margins.

Earlier in the Memorandum on the restructuring of Interpipe's debt explained that the group's financial performance in previous years was heavily influenced by adverse market changes caused by the decline in oil prices and other commodities, as well as the recent geopolitical events in the region. In the period from 2012 to 2016 revenue and EBITDA of the group decreased by 71% and 85% respectively, which led to a reduction in the ability of the company to repay the debt. In 2013, the group has not fulfilled some financial obligations and missed scheduled principal payments in the amount of 106 million U.S. dollars. This has led to cross-defaults on loans the group's and the beginning of the process of financial restructuring.

Recommended:
IMF Raises Global Growth Forecast To 5.5% Amid High Uncertainty
A meeting with the leadership of Electrotyazhmash and Ukrzaliznytsia was held at the Ministry of Infrastructure of Ukraine
The difference in prices for scrap and finished steel in the United States increased over the year from $ 300 to $ 800 per ton
On this topic
The reduction in the consumption of rolled products in the domestic market of Ukraine made up 11%
Interpipe reported on successful restructuring of Eurobonds and other debts
World steel production in September fell by 0.3%
Mechanical engineering remains the locomotive of industrial production growth in the Donetsk region
Agreement on duty-free delivery of Ukrainian pipes to the USA canceled
World steel production slightly increased in January 2019
Add a comment
Сomments (0)
News Analytics
Iran is satisfied with the reaction of the world community to 60% enrichment of18-04-2021, 13:24
Gas prices in Ukraine have reached a record value over the past two years -16-04-2021, 17:24
Ukrmetallurgprom asks the Antimonopoly Committee to allow Metinvest to bid for16-04-2021, 17:23
A fatal accident occurred on the territory of the Dnieper Metallurgical Plant16-04-2021, 13:01
Cars built for Euro 2012 will be repaired at the Kryukov Carriage Works16-04-2021, 12:46
World Steel Association predicts a good year for metallurgists15-04-2021, 18:19
World Steel Association defines green steel and its variations12-04-2021, 13:14
China unlikely to cut steel capacity in 2021 due to high steel prices07-04-2021, 12:11
Scrap metal market at the beginning of April02-04-2021, 11:10
Rising Chinese Prices Fueled Rising Global Steel Prices - MEPS25-03-2021, 18:54
Sign in with: