An authoritative American magazine ranked the latest Tesla model in the penultimate place in the ranking, talking about the poor build quality and body painting, as well as the identified shortcomings in the functionality. 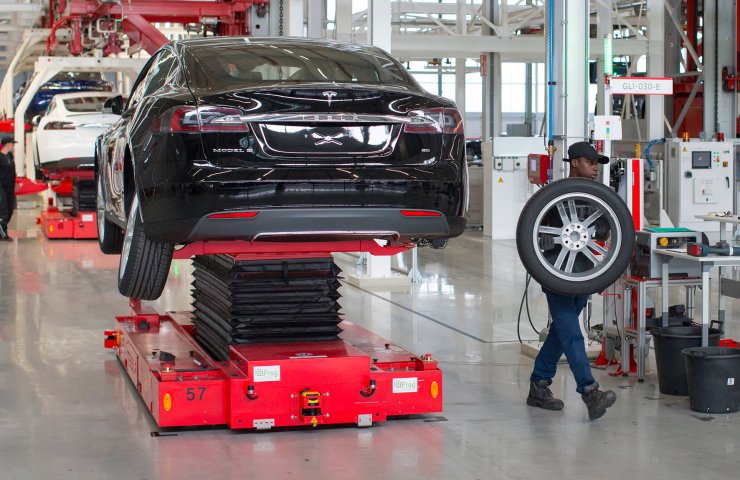 Model Y deliveries first began in spring 2020, and the midsize SUV clearly falls short of the quality standards Tesla enthusiasts are used to.

In its assessment, Consumer Reports acknowledges that reliability issues are common with new models, especially with very high-tech features, but in the case of Model Y, the quality control issues were unusually simple. For example, they say owners are reporting things like body panel misalignments and paint color mismatches. One of the most terrifying claims came from a buyer who said human hair was stuck in the paint of his car.

After Model Y downgraded the overall rating of the automaker, it dropped to 25th place out of 26 ranked brands. Only Lincoln performed worse.

However, some other Tesla models did not stand out in the rankings. While the Model Y performed the worst, with the designation "much worse than average," Consumer Reports reported that the Model S sedan and Model X SUV were also "below average." Only Model 3 retained an "average" rating and recommended status.

A Consumer Reports poll predicts which new cars will cause fewer or more problems for owners, based on data collected from more than 300,000 vehicles from model year 2000 to 2020. His scorecard is of great value to consumers and industry leaders.

Recommended:
Automotive production in Ukraine began the year with a fall of 29%
All Porsche cars will soon be electric except the Porsche 911 - Oliver Bloom
Rolls-Royce suspends production of jet engines for the first time in its history
On this topic
Nikola founder was suspected of buying a hydrogen truck project from a Croatian designer
Tesla ditches robots in favor of the world's largest casting machine
Tesla lowers the price of the SUV Model Y because of the pandemic
Tesla reported an increase in the supply of electric vehicles by 23% in the fourth quarter
Pre-order the new Tesla pickup Cybertruck made about 146 000 customers – Elon Musk
Cybertruck Tesla is made of the same alloy, which exploded on the eve Starship
Add a comment
Сomments (0)
News Analytics
India Offers Tesla Big Incentives To Build An Electric Vehicle Factory03-03-2021, 21:55
Ferrexpo raises pellet production by 7% in January03-03-2021, 20:15
UK Raises Tax Rates for Large Businesses to 25%03-03-2021, 18:09
Entrepreneurs agree with Ukrzaliznytsya an action plan to continue modernization03-03-2021, 17:31
Scrap metal collection in Ukraine increased by one and a half times due to high03-03-2021, 16:02
Spread between raw materials and high strength alloy steel in Europe increased01-03-2021, 20:21
Increase in prices is forecasted in the markets of steel raw materials -26-02-2021, 09:25
Troy ounce of gold will drop $ 500 in two years - Fitch25-02-2021, 18:29
Global iron ore production growth to outstrip cumulative production in India23-02-2021, 10:22
Fitch Ratings Warns of “Shocking Impact” on Fossil Fuel Exporters18-02-2021, 14:44
Sign in with: