US imposed export restrictions against Ukraine, Russia, Venezuela and China

The United States has published regulation changes that impose new restrictions on the export of aircraft components and many semiconductor-related items to China. 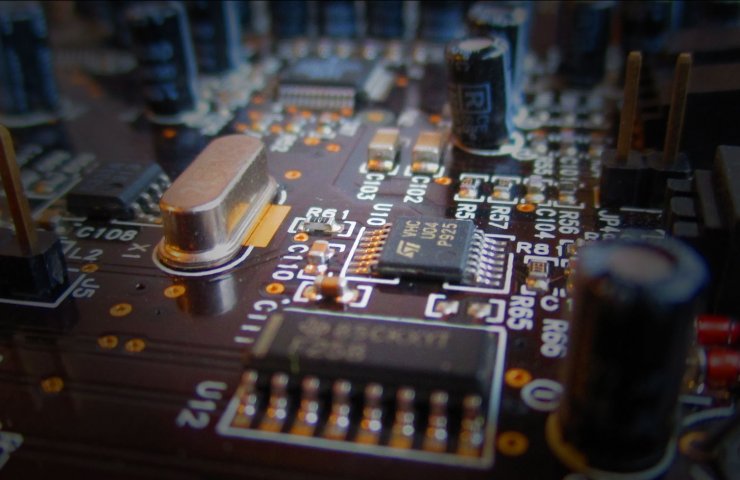 The US has published a rule change that imposes new restrictions on the supply of certain integrated circuits, telecommunications equipment, radars, high-end computers and other items to Ukraine, Russia, Venezuela, and China. About this reported to Reuters.

Foreign companies shipping certain American goods to China must now seek approval not only from their governments, but also from the United States.

“It is important to consider the implications of doing business with countries that have a history of redirecting goods purchased from US companies for military purposes” - commented US Secretary of Commerce Wilbur Ross. “Some organizations in China, Russia and Venezuela have tried to bypass American export controls and undermine American interests in general, so we will remain vigilant to ensure that American technology does not fall into the wrong hands.

The regulation will require US companies to license licenses to sell certain items to military organizations, even if they are for civilian use, and will remove the exception to export certain US technology without a license that is intended for other countries and is not used for military purposes. p>

The new rules come as relations between the United States and China deteriorate amid the aftermath of the coronavirus outbreak. The US president on Monday again accused China of hiding information about the coronavirus and did not rule out the possibility of demanding multi-billion dollar compensation for the damage caused.

The rules, which will be published on Tuesday in the US Federal Register, are unlikely to seriously affect the economies of Ukraine or Russia, but may harm the semiconductor industry in the PRC and sales of parts and components for civil aviation in China.

Experts say the Trump administration's decision will affect procurement by organizations like the People's Liberation Army of China, which engage in civilian activities such as helping hospital workers.

Финансовая аналитика, прогнозы цен на сталь, железную руду, уголь и другие сырьевые товары. More news and analytics on Metallurgprom telegram channel - subscribe to get up-to-date market information and price forecasts faster than others.
Сomments
Add a comment
Сomments (0)
On this topic
In the list of enemies of the United States listed more than a thousand companies worldwide
The US expanded sanctions against Iran
UN Secretary General: humanity has a chance to cope with global warming
United States Steel Corporation pays a symbolic dividend of 1 cent per 1 share
China will replace Australian coal imports with supplies from Russia
Iran is satisfied with the reaction of the world community to 60% enrichment of uranium
Recommended:
Ukrzaliznytsia announced the purchase of rails in France cheaper than in Metinvest before the war
European stainless steel producers ready to raise prices
Steel production in China rose in the first decade of January
News Analytics
Eurofer expects EU steel demand to fall 4.6% in 2022 and 1.6% in 202305-02-2023, 13:31
EU Green Deal should encourage investment in mild steel projects: Eurofer02-02-2023, 16:32
Belarusian steel plant to operate at full capacity from February02-02-2023, 16:56
British Steel considers cutting up to 1,200 jobs at Scunthorpe02-02-2023, 11:50
Electric vehicles will play a key role in US aluminum production growth - Norsk01-02-2023, 12:17
European stainless steel producers ready to raise prices31-01-2023, 16:16
S&P: Russia will continue to dominate the steel export market in the Black05-01-2023, 11:22
Fitch Analysts Predict Big Drop in Global Steel Consumption This Year14-12-2022, 13:59
Analysts predict 5% annual growth in the iron casting market through 203006-12-2022, 12:44
Commodity prices will fall, metals quotes will rise slightly - Focus Economics28-11-2022, 13:28
Sign in with: