Most of Europe's aerospace and defense companies were very active in the debt capital markets in 2020, maintaining their liquidity, with gross debt of the largest companies in the EMEA region increasing by 51% during the year. 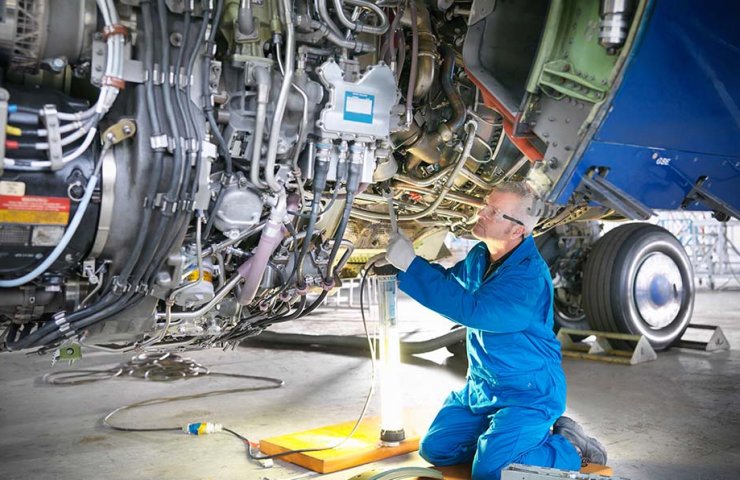 Companies that are heavily involved with commercial aerospace segments are likely to face the slowest recovery, and in some cases, their revenues will not return to 2019 levels until 2024, ”the agency noted.

Fitch noted that in 2020 the agency revised the ratings of thirteen aerospace and defense companies in the EMEA region (Europe, Middle East and Africa). All of the seriously downgraded companies - Airbus SE, Rolls-Royce and Aernnova - are heavily influenced by the large commercial aircraft segment, whose weak performance was the main reason for the downgrade.

Analysts expect an increase in high-capacity passenger aircraft shipments in 2021, but this is likely to be in the single-digit percentage range, as confidence in the aviation sector remains low amid the threat of stricter restrictions and passenger reluctance to fly. This uncertainty about the commercial aerospace industry is partly offset by improved visibility for the defense sector, where government spending is likely to remain stable in the short to medium term.

Recommended:
Dnipro Metallurgical Plant purchased car pushers for the movement of blast furnace pig iron carriers
Zaporizhstal significantly reduced pig iron production in May 2021
The National Association of the Extractive Industry of Ukraine thanked the deputies
On this topic
Rolls-Royce sells 94% of its £ 2 billion stake
Rolls-Royce intends to raise three billion pounds so as not to go bankrupt
Rolls-Royce says demand for luxury cars is recovering
Rolls-Royce has confirmed a reduction of 3,000 jobs in the UK
Rolls-Royce will begin to produce household mini nuclear reactors by 2029
Emirates airlines is buying 50 new Airbus A350 aircraft
Add a comment
Сomments (0)
News Analytics
Metinvest's Italian contractors reveal details of the investment project in16-06-2021, 23:01
Energoatom approved Electrotyazhmash as a supplier of turbine generators for16-06-2021, 14:57
Representatives of Ukraine and Germany discussed the prospects for cooperation16-06-2021, 10:49
Vestas and DTEK RES signed an agreement for the supply of wind turbines for the16-06-2021, 10:45
SSAB agrees with Volvo to supply and refine HYBRIT decarbonized steel16-06-2021, 10:40
Vaccinations fuel demand for platinum - World Platinum Investment Council08-06-2021, 12:55
Sharp price growth continues in the rolled metal market - Ukrpromvneshexpertiza08-06-2021, 11:04
Analysts note overheating of the global scrap metal market01-06-2021, 13:28
Hydrogen-fueled steelmaking could be competitive after 2050 - McKinsey19-05-2021, 14:22
Steel raw material prices are skyrocketing across the board18-05-2021, 12:34
Sign in with: