The sharply increased prices for railway wheels in the Russian market are forcing local buyers to look for cheaper options for supplies abroad. 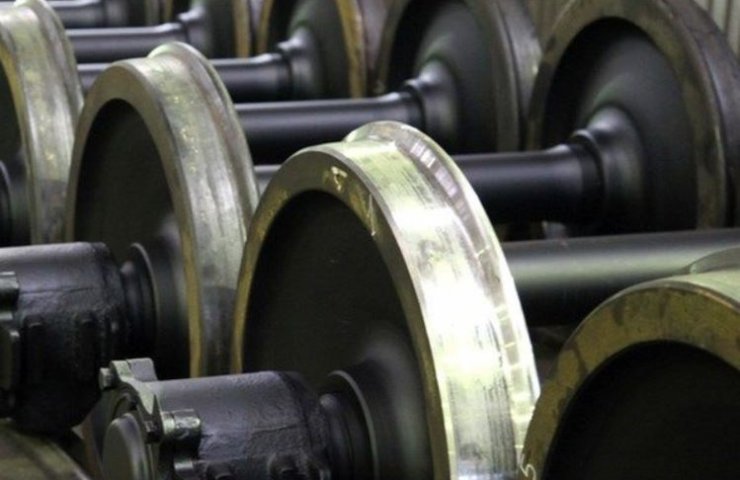 Russian railway operators may ask the government to temporarily lift the ban on the supply of railroad wheels to Russia by the Ukrainian industrial company Interpipe, Viktor Pinchuk, in order to solve the problem of rising prices for solid-rolled wheels. Aleksey Druzhinin, Executive Director of the Union of Railway Transport Operators (UCLT), told Kommersant about this.

“Due to the fact that operators began to massively withdraw wagons from repairs against the backdrop of growing demand for freight transportation, a local deficit is formed. It may worsen due to the shutdown of the facilities of the main manufacturers - the Vyksa plant of the United Metallurgical Company and Evraz NTMK of the Evraz group for preventive maintenance, ”the message says.

In recent years, Interpipe has supplied wheels to the Russian market on the terms of a protective duty of 34.22%, which was suspended for a year in the summer of 2019. And in December 2020, imports came under a complete ban: solid-rolled wheels and large car castings were added to the list of sanctioned products prohibited from delivery from Ukraine. But even before the ban, the company changed its supply chain, starting to sell wheels to the Russian market through unrelated structures.

In 2020, goods worth $ 156.8 million were imported from Ukraine to Russia in commodity group 8607, which includes wheels. In January-May 2021, the share of Russia in Ukrainian exports of this group of goods fell sharply, to 45%, but supplies continued to go, the volume amounted to $ 28.4 million.

Финансовая аналитика, прогнозы цен на сталь, железную руду, уголь и другие сырьевые товары. More news and analytics on Metallurgprom telegram channel - subscribe to get up-to-date market information and price forecasts faster than others.
Сomments
Add a comment
Сomments (0)
On this topic
"Naftogaz" has filed a lawsuit against the government of Ukraine for the issuance of a
United Global Logistics (United Global Logistic LLC, hereinafter UGL) launched a container terminal
Ferrexpo has appointed a new member of the Board of Directors
In 2020, the largest metallurgical companies in Russia reduced steel production by 2.4%
Biden signs decree imposing sanctions on Russia and its sovereign debt
Liberty Steel changes its mind about buying Hungarian steel mill Dunaferr
Recommended:
EU plans additional sanctions against Russian metallurgy
The US will prioritize budgetary purchases of steel and metal products with a low carbon footprint
European stainless steel plants close due to energy crisis
News Analytics
The production of passenger cars in Russia decreased by 2.8 times in eight29-09-2022, 11:19
Donetsk and Torez electrotechnical plants will start producing electrical29-09-2022, 11:37
Ukrainian coking plants reduced gross coke production by 55.2%29-09-2022, 11:28
China ramps up investment in transport to bolster economy29-09-2022, 11:33
The heads of mining companies named the main risks for business29-09-2022, 10:03
China production cuts in winter will give limited boost to steel markets -15-09-2022, 10:09
Steel prices may rise as manufacturers stop production11-09-2022, 14:06
IREPAS: The global long products market is in a "dramatic situation"10-09-2022, 20:49
Steel prices are unlikely to rise significantly in the near future - analysts02-09-2022, 22:58
Steel prices may move up on new data from China31-08-2022, 12:19
Sign in with: