We are talking about the volumes of transit through Ukraine after 2024 in accordance with the new volumes of purchases of Russian gas by companies from the EU countries under new contracts, which are being discussed by Gazprom exclusively with its European counterparties, the state oil and gas company of the Russian Federation said. 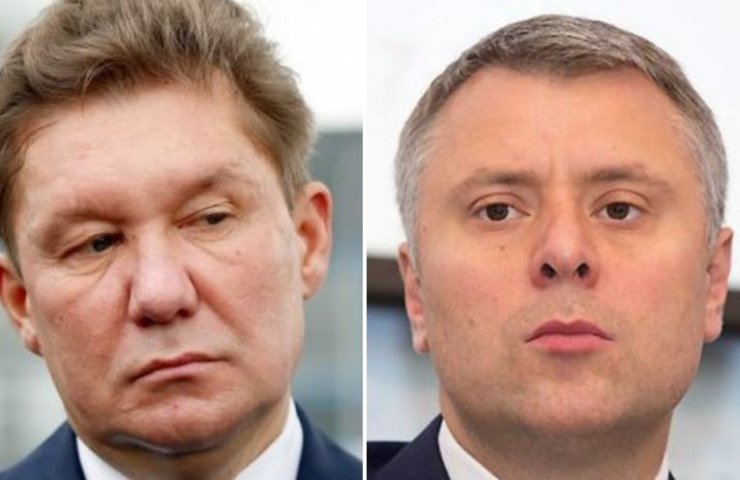 Information Department of PJSC Gazprom commented on the statement of Yuriy Vitrenko, Chairman of the Board of NJSC Naftogaz of Ukraine, on the transit of Russian gas through Ukraine after 2024.

“We got acquainted with the statement of the Chairman of the Management Board of Naftogaz of Ukraine Yuriy Vitrenko. Please note that no one offered Ukraine to buy Russian gas. The comments of Alexei Miller, Chairman of the Gazprom Management Committee, are addressed to our partners from the EU countries, primarily German ones. We are talking about the volumes of transit through Ukraine after 2024 in accordance with the new volumes of purchases of Russian gas by companies from the EU countries under new contracts. And that in this regard, we are also concerned about the decarbonization of the European Union's economy, ”Gazprom said.

Earlier in his comment on July 22, Miller expressed his readiness to continue transit through Ukraine if European buyers want to receive gas via this particular route (taking into account its price, competitiveness and environmental burden compared to other routes).

“Issues of new volumes of gas purchases from Russia for transit through the territory of Ukraine should be resolved on market conditions and at market prices. For the volume of new purchases of Russian gas via the Ukrainian route, in total above the current transit obligations, Gazprom is even ready to increase the volume of transit through Ukraine, "added the head of the oil and gas company.

In turn, the head of Naftogaz of Ukraine, Vitrenko, saw in Miller's comments about the prospects for continuing transit through Ukraine after 2024, an offer to buy gas from Russia and out of habit rejected it.

Proposals to preserve transit through Ukraine in exchange for unfavorable purchases of Russian gas for our country are unacceptable, he said on the air of the program " Ukraine Today "on the TV channel" Ukraine 24 ".

“First, this (statement by Alexei Miller) can be combined with previous statements by Putin, which in fact is that they want Ukraine to negotiate directly with Russia. But these agreements, and Putin hinted at it directly, included the import of Russian gas. And it has always been the case that the Russians insisted that we buy a lot of Russian gas at a price that is significantly higher than the market price. And the consequence of all this was that we paid on average $ 5 billion more for Russian gas than we received for transit, ”Yuriy Vitrenko noted.

He stressed that Ukraine will not accept such discriminatory proposals. Vitrenko also called for a sober assessment of the reliability of any promises from the Russian Federation.

Thus, the parties identified the starting positions in the upcoming negotiations on the continuation of the transit of Russian gas through Ukraine to the European Union. The negotiations promise to be very tense, since Russia will already supply additional volumes of fuel to Germany via Nord Stream 2 in 2024, while Ukraine will need billions of hryvnias to modernize the existing gas transportation system to meet the high environmental standards of the EU.

Финансовая аналитика, прогнозы цен на сталь, железную руду, уголь и другие сырьевые товары. More news and analytics on Metallurgprom telegram channel - subscribe to get up-to-date market information and price forecasts faster than others.
Сomments
Add a comment
Сomments (0)
On this topic
A new lawsuit for "Gazprom": what does "Naftogaz" in the Stockholm arbitration?
The transit of Russian gas through Ukraine will continue on terms acceptable to all parties –
The security threats from the launch of Nord Stream 2 cannot be compensated for - Naftogaz
The head of Naftogaz warned of possible discrediting of the Ukrainian gas transportation system for
Who will freeze first, if Ukraine will stop the transit of Russian gas?
Moldova prepares to stop gas transit through Ukraine
Recommended:
The market of new passenger cars in Ukraine decreased by almost three times in August
AvtoVAZ returned to a full working week amid growing demand for new LADA
Chinese scientists discover previously unknown mineral in lunar soil samples
News Analytics
Moody's changed the outlook for the global mining industry to26-09-2022, 19:04
Russia may increase taxation of oil, gas, coal and fertilizers26-09-2022, 15:58
UK steel production hits record low this year26-09-2022, 15:07
Ukrainian court invalidated sale of Ferrexpo Plc shares in 200222-09-2022, 12:45
EU Commission not doing enough to save aluminum industry - associations21-09-2022, 11:07
China production cuts in winter will give limited boost to steel markets -15-09-2022, 10:09
Steel prices may rise as manufacturers stop production11-09-2022, 14:06
IREPAS: The global long products market is in a "dramatic situation"10-09-2022, 20:49
Steel prices are unlikely to rise significantly in the near future - analysts02-09-2022, 22:58
Steel prices may move up on new data from China31-08-2022, 12:19
Sign in with: