Export prices for Russian ferrous metallurgy products began to decline amid a decrease in demand in the EU. 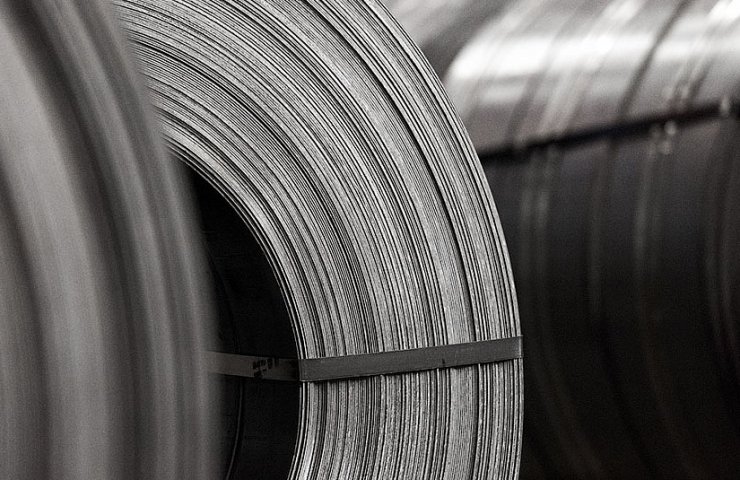 Russian hot-rolled steel fell 6% in August on a FOB Black Sea basis and is now trading at a discount of $ 60 per ton to export prices in China, VTB Capital writes. Spot market demand in the EU is slowing after a strong contraction in activity and stockpiling over several months. On the domestic market, Russian producers reduced prices for rolled products in September by 10%, as follows from the review.

So far, steel prices are supported by the high cost of raw materials - coal, ore and steel scrap, but with the tightening of monetary policy by regulators in the US and the EU, raw material quotations will also begin to decline, the expert said. In this regard, the likelihood of an extension of export duties in 2022 is low.

The Ministry of Industry and Trade has already announced that they do not see the prerequisites for extending export duties next year, but their revision this year is unlikely. “We are in dialogue with our government colleagues, so we will try to find a compromise,” said the head of the ministry, Denis Manturov, on September 2. “But taking into account the fact that we are already in September, and the duty is valid until the end of December, the process of even making a decision will have to be quite at the end of the year, if such a decision is made.”

The duties consist of a base rate of 15% and an additional component, depending on the type of metal, the depth of processing, etc. ferroalloys - $ 150 per ton.

Export duties should be replaced next year by an increased MET, the amount of which is expected to be tied to world prices for the final product. Deputy Finance Minister of the Russian Federation Alexei Sazanov said on August 31 that concrete proposals would be prepared by early October.

Финансовая аналитика, прогнозы цен на сталь, железную руду, уголь и другие сырьевые товары. More news and analytics on Metallurgprom telegram channel - subscribe to get up-to-date market information and price forecasts faster than others.
Сomments
Add a comment
Сomments (0)
On this topic
A decrease in business activity is observed in the regional markets for metallurgical products
NLMK: quotations of slabs on FOB Black Sea basis decreased by 21%
Severstal believes that VTB Capital's forecast for the Russian market has become twice as high
Sharp price growth continues in the rolled metal market - Ukrpromvneshexpertiza
VTB became the main creditor of "Mechel"
Analysts note overheating of the global scrap metal market
Recommended:
Ukraine may resume coal exports to Poland
Stopped Zaporizhzhya NPP will not resume operation until the shelling stops
UK steel production hits record low this year
News Analytics
Tata Steel merger plan to secure long-term profits03-10-2022, 10:46
US hydrogen prices to drop to zero dollars per kg in 5 to 6 years: Platts02-10-2022, 21:53
The production of passenger cars in Russia decreased by 2.8 times in eight29-09-2022, 11:19
Donetsk and Torez electrotechnical plants will start producing electrical29-09-2022, 11:37
Ukrainian coking plants reduced gross coke production by 55.2%29-09-2022, 11:28
China production cuts in winter will give limited boost to steel markets -15-09-2022, 10:09
Steel prices may rise as manufacturers stop production11-09-2022, 14:06
IREPAS: The global long products market is in a "dramatic situation"10-09-2022, 20:49
Steel prices are unlikely to rise significantly in the near future - analysts02-09-2022, 22:58
Steel prices may move up on new data from China31-08-2022, 12:19
Sign in with: