The Progress rocket and space center admits that work can be resumed by the decision of Roskosmos. Today, both enterprises are working on updating the program for creating a space rocket complex for a super-heavy launch vehicle. 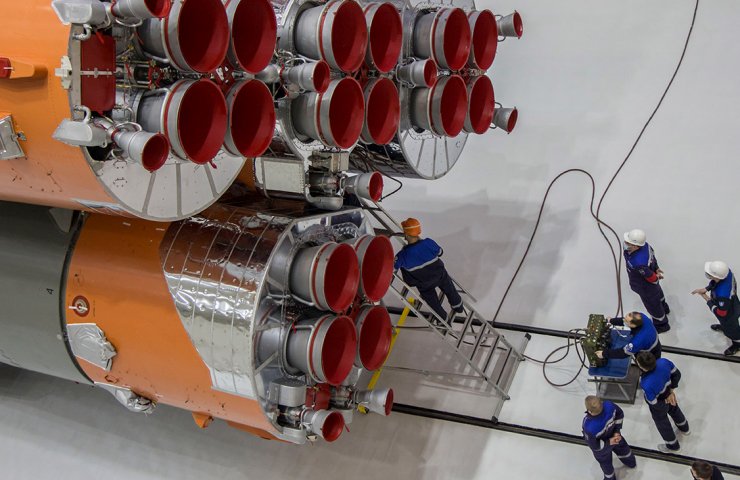 According to Dmitry Baranov, General Director of the Progress Rocket and Space Center, Russia has suspended the development of its super-heavy rocket for flights to the moon. He admitted that work on the design of the spacecraft can resume after the completion of the program for its creation.

The development of elements and technologies for a super-heavy space rocket complex was planned as part of the STK Elements development work. The project was supervised by "Progress" by order of "Roskosmos". The rocket was supposed to be created on the basis of the Soyuz-5 and Soyuz-6 missiles being developed by the center.

In October 2021, it was planned to complete the technical design of the rocket, but at this stage all work was stopped, Mr. Baranov said.

In May, Dmitry Rogozin, the general director of Roscosmos, said that in the next two or three years, events will take place that will turn the idea of ​​Russian cosmonautics upside down. Among them, he named, in particular, the planned for October, the first in 45 years, the dispatch of a domestic automatic station to the Moon.

Финансовая аналитика, прогнозы цен на сталь, железную руду, уголь и другие сырьевые товары. More news and analytics on Metallurgprom telegram channel - subscribe to get up-to-date market information and price forecasts faster than others.
Сomments
Add a comment
Сomments (0)
On this topic
Investment in SpaceX in 2020 exceeds the volume of the Russian space program
Russia launches environmentally friendly space rocket "Angara-5"
All vessels involved in the construction of Nord Stream-2 returned to the port of Kaliningrad
In Rostec said about the readiness of the rocket of new generation "Monolit" for the
Russia can produce 3.5 million tons of hydrogen per year with a global market of 25 million tons -
Russia will respond to the European Green Deal by creating a "back-up system" of trade
Recommended:
UK government to set up Critical Minerals Agency
Purchase of gold products from the company "Basis Gold"
London Metal Exchange for the first time in history banned trading for ethical reasons
News Analytics
EBRD downgrades Ukrainian economic growth forecast for 2023 from 25% to 8%28-09-2022, 13:57
EU plans additional sanctions against Russian metallurgy27-09-2022, 10:34
The European Commission has approved 5.2 billion euros of state support for27-09-2022, 10:43
China's leading industrial profits fall 2.1% in first 8 months27-09-2022, 10:20
Moody's changed the outlook for the global mining industry to26-09-2022, 19:04
China production cuts in winter will give limited boost to steel markets -15-09-2022, 10:09
Steel prices may rise as manufacturers stop production11-09-2022, 14:06
IREPAS: The global long products market is in a "dramatic situation"10-09-2022, 20:49
Steel prices are unlikely to rise significantly in the near future - analysts02-09-2022, 22:58
Steel prices may move up on new data from China31-08-2022, 12:19
Sign in with: