The Space Forces of the Russian Aerospace Forces conducted from the Plesetsk cosmodrome the second test launch of the Angara-A5 heavy launch vehicle with the overall mass model of the payload. 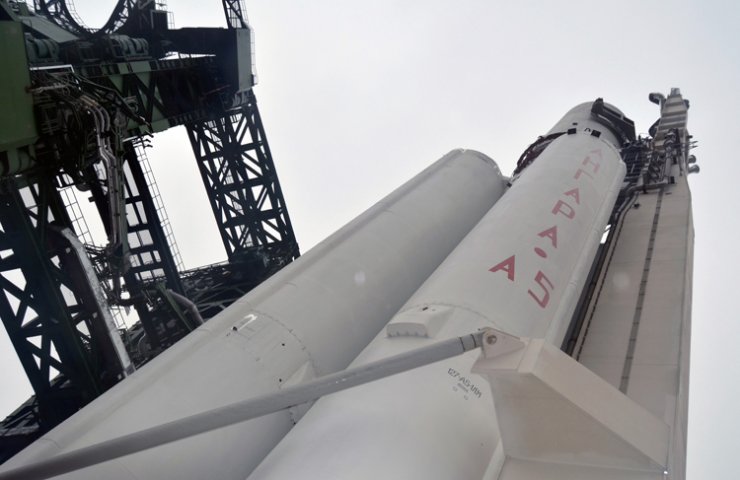 The State Corporation Roskosmos announced that today, December 14, 2020, at 08:50 Moscow time, the Angara-A5 heavy-class launch vehicle was successfully launched from the Plesetsk state test cosmodrome in the Arkhangelsk region.

As specified in the department, all prelaunch operations and the launch of the rocket itself took place in the normal mode. They noted that ground assets of the Space Forces of the Aerospace Forces monitored the launch and flight of the launch vehicle.

Angara launch vehicles do not use aggressive and toxic propellants, which makes it possible to significantly increase environmental safety indicators both in the areas adjacent to the launch complex and in the area where the spent stages of launch vehicles fall. The government customers of the Angara space rocket complex are the Ministry of Defense of the Russian Federation and the State Corporation Roscosmos, the lead developer and manufacturer is the State Space Research and Production Center named after M.V. Khrunichev.

Before that, only two launches were carried out, both from the Plesetsk cosmodrome: the light "Angara-1.2PP" was launched in July 2014, the first launch of the heavy "Angara" took place on December 23, 2014, then a payload model with a mass was launched into orbit 2 tons.

Recommended:
180 miners were evacuated at EVRAZ iron ore mine due to emergency
Max Polyakov's Firefly Aerospace plans two launches of the Alpha space rocket in 2021
Cash in on pandemics: Switzerland's largest bank increased its annual profit by 54%
On this topic
Where to order a selling text on a website in 2020
The Russian space Agency has accused trump of the creation of the basis for seizure of territories
Elon Musk has decided to change the grade of steel for plating spaceship Starship
In Rostec said about the readiness of the rocket of new generation "Monolit" for the state tests
Russian metal rolling in Europe can be bought online with delivery in 3 days
Steel mills are getting smarter over time
Add a comment
Сomments (0)
News Analytics
In 2021, Ukrzaliznytsia plans to repair more than 300 locomotives for UAH 426-01-2021, 15:30
Ukraine has enough "metals of the future" for the development of innovative26-01-2021, 14:40
High-speed railway line will connect the south of Kazakhstan and the capital of26-01-2021, 14:27
In 2021, an analogue of the US Department of Defense Research Projects Office26-01-2021, 11:24
Turkey plans to produce 100 tons of gold annually26-01-2021, 11:15
China will overtake the United States to become the world's largest economy in27-12-2020, 12:04
The shortage in the US steel market will last at least until the end of the25-12-2020, 11:36
Steel production in China to surpass one billion tons this year23-12-2020, 10:59
Iron ore prices hit seven-year high and continue to rise15-12-2020, 10:26
Prices for metallurgical raw materials continue to rise in regional markets10-12-2020, 11:32
Sign in with: