The Brazilian government estimates that there are 4,000 illegal miners working in indigenous territory in the Amazon. 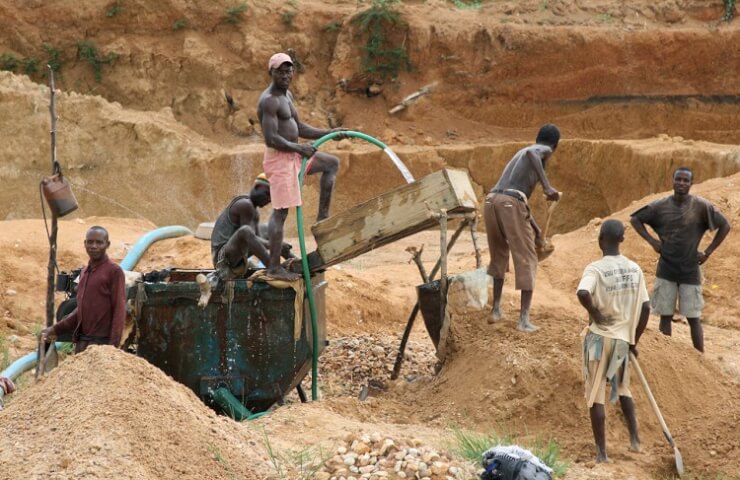 Brazilian President Jair Bolsonaro has signed a decree legalizing artisanal gold mining in the Amazon rainforest, according to National Geographic.

At present, there are many so-called garimpos in Brazil: miners who independently extract minerals. Environmentalists compare them to poachers - they pollute the environment and cut down forests.

The government estimates that there are 4,000 illegal miners working on indigenous territory, but environmentalists believe the figure is much higher. Protected reserves of indigenous peoples suffer the most.

In addition, the use of mercury to clean up the golden sand makes rivers toxic. Finally, illegal gold miners are linked to organized crime. There are often fatal clashes between armed miners and indigenous people trying to defend their territory.

Instead of fighting this activity, the authorities are going to develop a state policy that will "stimulate the development of artisanal and small-scale mining."

“The program will cover nine states that account for 60% of Brazil's forested area. This will lead to even more devastation of the rainforests. Last year, mining destroyed a record 125 square kilometers of the Brazilian Amazon.

Финансовая аналитика, прогнозы цен на сталь, железную руду, уголь и другие сырьевые товары. More news and analytics on Metallurgprom telegram channel - subscribe to get up-to-date market information and price forecasts faster than others.
Сomments
Add a comment
Сomments (0)
On this topic
Zimbabwe bans the use of mercury in the mining industry
The leaders of the Amazon formed an Alliance against the President of Brazil
New gold rush begins in South Africa due to coronavirus pandemic
Chilean elections could affect a third of the world's copper supply
Trump wants to ease environmental restrictions on the US mining industry
Jihadists undermine the extraction of gold in Burkina Faso attacking mine
Recommended:
Ministry of Energy of Ukraine presented developments on the development of hydrogen energy to European partners
A new mine in the UK will not be able to replace coal imports from Russia - expert's opinion
China spent more than $6 billion on Russian energy imports in April
News Analytics
The largest producer of titanium raw materials in Ukraine OGCC will sell25-05-2022, 20:48
Glencore accused of bribery in London pleads guilty in the US25-05-2022, 10:44
Swiss oil and gas equipment manufacturer Sulzer leaves Russia24-05-2022, 13:08
BIR: European Commission's decision on scrap metal will be the most tragic24-05-2022, 11:41
Rejection of Russian palladium destroys markets24-05-2022, 11:41
US steel market sentiment becomes more price neutral05-05-2022, 10:15
The global high-strength steel market will grow steadily by 5% annually for the04-05-2022, 08:45
China steel inventories hit 13-month high amid COVID-19 outbreak30-04-2022, 16:38
Slowdown in global auto sector affects steel prices27-04-2022, 12:36
World alumina production reaches a record 138 million tons21-04-2022, 09:54
Sign in with: