Zimbabwe bans the use of mercury in the mining industry

An African country has joined the Minamata Convention, a global agreement to protect human health and the environment from anthropogenic emissions of mercury and mercury compounds. 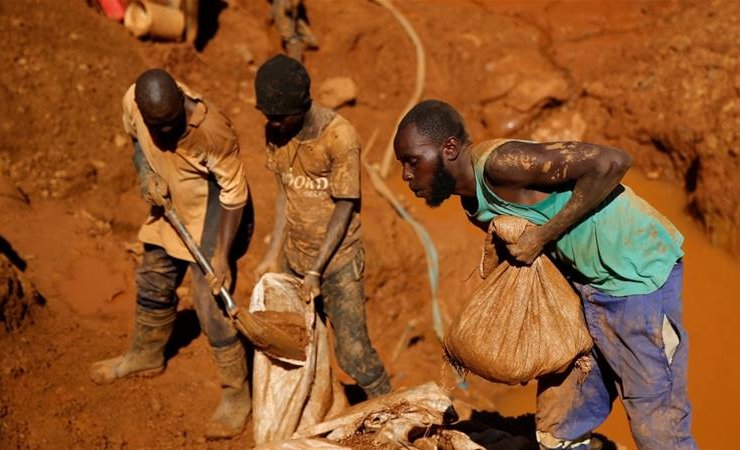 Zimbabwe has banned the use of mercury in the mining industry and introduced controls on its release from industrial plants, according to the state-owned Herald newspaper.

In particular, Zimbabwe has ratified the Minamata Convention banning the use of mercury in the mining industry and has introduced regulatory measures to stop its release from industrial equipment such as boilers, incinerators and power plants.

The ban will affect small gold miners who use mercury to mine gold. Currently, small mining companies account for more than half of the country's gold production.

Mercury, readily available to miners in Zimbabwe, is highly toxic and poses a serious public health hazard when it contaminates food and groundwater.

Over the past decade in Africa, the growth of both industrial activity and urbanization has led to a huge increase in the volume of various wastes (solid, liquid and gaseous), including the release of heavy metals into the environment in all parts of the continent, which leads to a potential increase in the content of these metals : mercury, cadmium and lead.

Due to its highly mobile nature, mercury has outgrown the local national or even regional problem. The mercury problem affects many areas of the environment and is transcontinental. Airborne releases of mercury can be deposited on land or water near or far from emission sources as a result of global atmospheric transport and circulation.

The Minamata Convention was adopted on August 16, 2017 and takes its name from the city of Minamata, Japan, where in the late 1950s local communities were poisoned by industrial water contaminated with mercury and suffer from its horrific, incurable and stigmatizing consequences.

Recommended:
Krivoy Rog iron ore plant bought a powerful loader for the Gvardeyskaya mine
Samsung plans to invest $ 17 billion in a new chip factory in the US
The Ministry of Defense of Ukraine will buy missile systems "Neptune" from the Ukroboronprom concern
On this topic
Australia's Fortescue Metals may become Japan's largest hydrogen supplier
ArcelorMittal South Africa to restart blast furnace due to increased demand for steel
The Greek authorities decided to 2023 to completely abandon coal
In the investment market is the outflow of money from miners to manufacturers of soft drugs
Zimbabwe and Russia agree to launch a platinum deposit
Technology Metals Raises Over $ 4.5 Million for Gabanintha Vanadium Project Shares
Add a comment
Сomments (0)
News Analytics
The price bubble in the US steel market has inflated to its maximum - the only27-01-2021, 10:00
Global steel production down 0.9% in 2020 - World Steel Association27-01-2021, 09:59
Interpipe fully repaid Eurobonds debt27-01-2021, 09:49
EVRAZ considers potential spin-off of coal business27-01-2021, 09:46
China to accelerate development of all-weather batteries for electric vehicles27-01-2021, 09:44
China will overtake the United States to become the world's largest economy in27-12-2020, 12:04
The shortage in the US steel market will last at least until the end of the25-12-2020, 11:36
Steel production in China to surpass one billion tons this year23-12-2020, 10:59
Iron ore prices hit seven-year high and continue to rise15-12-2020, 10:26
Prices for metallurgical raw materials continue to rise in regional markets10-12-2020, 11:32
Sign in with: