The mining of gold in illegal mines in South Africa, considered the deepest and most dangerous in the world, is accompanied by human losses. 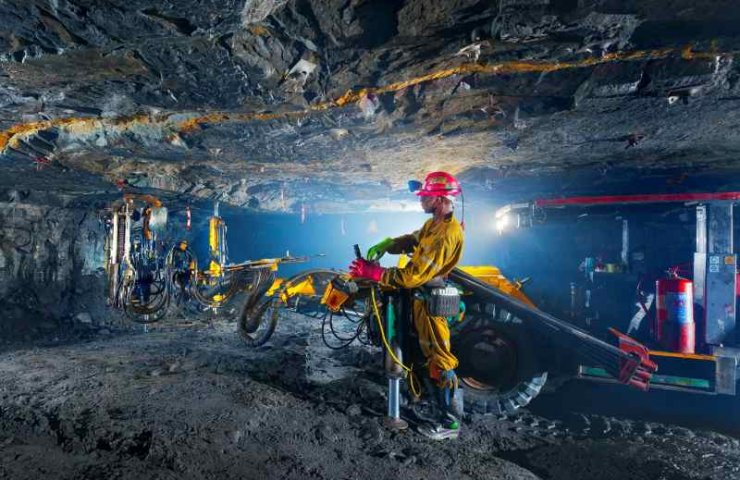 A new wave of gold rush has begun in South Africa due to the coronavirus pandemic, which has led to a sharp rise in unemployment.

Local residents and illegal migrants from Lesotho, Zimbavbe and Mozambique are mining abandoned mines for golden sand. In South Africa, such miners are called "zama" - fortune hunters, but for their work they receive only a small part of the profit, which goes to the criminal gangs controlling the process.

Activists in the Johannesburg suburbs are calling on the authorities and mining corporations to find a solution to the problem.

“Illegal miners are on the rise because the unemployment rate was already very high, and then the coronavirus pandemic began, which led to the impoverishment of the population,” says Tini Dlamini.

According to experts, six years ago, at least 30 thousand people were employed in this illegal trade in South Africa. Workers risk their health: the main method of illegal mining is mercury, which also leads to environmental pollution. On the territory of the country, there are about six thousand abandoned mines. In early October, six miners were killed in a shootout with police, and dozens were arrested.

South African mines remain the deepest and most dangerous in the world. So, at the deepest mine in the world - Mponeng of the Harmony Gold company in South Africa - 7 people have already died this year. Extraction from deep mines is very expensive. South Africa was the largest gold producer until 2018, when the Republic of Ghana took its place.

Analysts predict that gold prices will be high for another two years, and then - until 2025 will decline. In the near future, this will stimulate increased investment in exploration and new projects. However, as prices decline, incentives will disappear.

Финансовая аналитика, прогнозы цен на сталь, железную руду, уголь и другие сырьевые товары. More news and analytics on Metallurgprom telegram channel - subscribe to get up-to-date market information and price forecasts faster than others.
Сomments
Add a comment
Сomments (0)
On this topic
Jihadists undermine the extraction of gold in Burkina Faso attacking mine
How the reform of the electricity market in Ukraine can lead to a collapse and what to do about it
Stopped nuclear power plants and mines. What's going on in the energy sector of Ukraine?
Yuzhmash told whether it is possible to launch reusable rockets from the Black Sea
Relentless degradation of the coal industry. Close Ukrainian mines?
South African gold mines record spike in fatalities
Recommended:
The global steel industry will face its worst quarter since the 2008 crisis
Russian lead production plants are on the verge of closing due to a complete halt in exports
Steel production in Russia will fall by at least 15% - the opinion of market participants
News Analytics
Tesla in the second quarter reduced the supply of cars by 18%04-07-2022, 10:24
Steel prices fall due to weakening European demand and problems in China04-07-2022, 10:40
The United States refused to impose duties on Russian metals and increase02-07-2022, 09:05
Daimler Truck began testing Actros tractor on liquid hydrogen02-07-2022, 08:54
Volvo invests $1.25 billion to build electric vehicle plant in Slovakia01-07-2022, 18:17
High iron ore shortage could halt metallurgy's green transition28-06-2022, 14:02
Price volatility hits global steel market27-06-2022, 19:28
Recovery in China could be key to rising global steel prices - MEPS24-06-2022, 14:00
Conflict in Ukraine spurs Europe's drive for clean energy03-06-2022, 12:14
US steel market sentiment becomes more price neutral05-05-2022, 10:15
Sign in with: