Arianespace has signed a contract for the provision of services for the launch on Ukrainian carriers of the next nine Copernicus satellites within the framework of the European Commission's Multi-Year Financial Framework for 2021-2027. 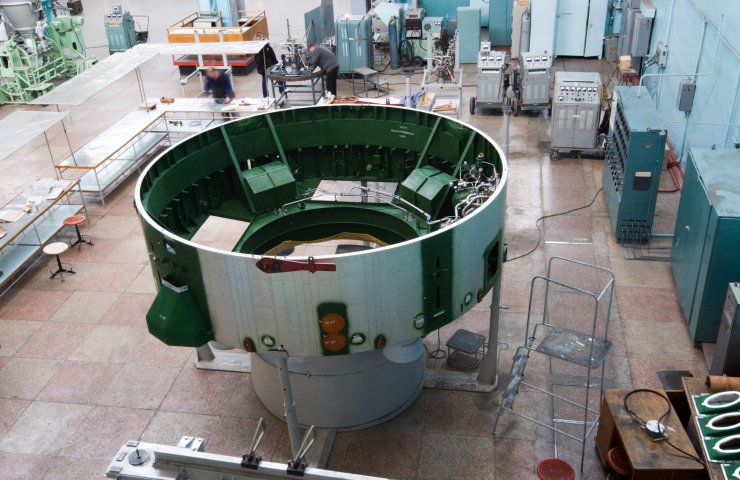 European Space Company Arianespace signed an agreement with the general contractor Vega and Vega C on the production of a batch of ten new Vega C missiles, launch which will start in 2023.

The agreement was signed in Rome on March 19, 2021 by Arianespace CEO Stefan Israel and AVIO CEO Giulio Ranzo during a meeting between French Minister of Economy, Finance and Reconstruction Bruno Le Meur and Italian Minister of Economic Development Giancarlo Giorgetti.

As you know, the RD-843 main engine is used as part of the fourth stage of the European launch vehicle, which was developed by Yuzhny Design Bureau and is manufactured at the Yuzhny Machine-Building Plant. A. M. Makarova ".

The RD-843 main engine block is manufactured at Yuzhmash under a contract with AVIO (Italy) and is supplied to the customer for subsequent installation on the fourth stage of the Vega LV (aka the AVUM upper stage).

Recall that the Vega launch vehicle is launched from the Kourou cosmodrome in French Guiana. The first launch took place on February 13, 2012. 17 launches were carried out. Of these, 15 are successful. During the last launch on November 17, 2020 an accident occurred during the operation of the 4th stage. However, as the investigation showed, the Ukrainian missilemen are not to blame for this. During the assembly phase of the launch vehicle, the thrust vector control cable was incorrectly connected.

In addition, last week the German rocket factory in Augsburg announced that its first launch vehicle, RFA One, will be able to launch 1.2 tons into polar orbit, by replacing engines with Ukrainian RD-809K or RD-870.

RFA decided not to develop its own engine, but to purchase it from Yuzhmash. Thus, one can hope that the Dnieper rocket designers will be provided with orders for some time.

Финансовая аналитика, прогнозы цен на сталь, железную руду, уголь и другие сырьевые товары. More news and analytics on Metallurgprom telegram channel - subscribe to get up-to-date market information and price forecasts faster than others.
Сomments
Add a comment
Сomments (0)
On this topic
Yuzhmash told whether it is possible to launch reusable rockets from the Black Sea
Yuzhmash signed a contract for the supply of 10 more rocket engines for the Vega launch vehicle
Yuzhmash: "human factor" could be the reason for the failure of Vega rocket launch
EU stops financing new cross-border oil and gas projects
Uz with EBRD assistance will repair the TRANS-European transport corridor
Yuzhmash admitted that a Ukrainian engine could be the reason for the failure of the Vega rocket
Recommended:
China's crude steel production in 2022 falls for the second year in a row
Zaporizhstal Metallurgical Plant mastered eight new types of products in 2022
Steel production in China rose in the first decade of January
News Analytics
War in Ukraine to accelerate world economy transition to clean energy - BP30-01-2023, 11:49
ArcelorMittal invests $120m in US green steel company30-01-2023, 11:11
The United States refused to comply with the decision of the WTO on tariffs on29-01-2023, 20:08
China remains the world leader in shipbuilding with a 50% share of new shipyard29-01-2023, 12:35
Prices for metal products in Ukraine increased by 26% last year29-01-2023, 12:06
S&P: Russia will continue to dominate the steel export market in the Black05-01-2023, 11:22
Fitch Analysts Predict Big Drop in Global Steel Consumption This Year14-12-2022, 13:59
Analysts predict 5% annual growth in the iron casting market through 203006-12-2022, 12:44
Commodity prices will fall, metals quotes will rise slightly - Focus Economics28-11-2022, 13:28
Platinum market to face shortage next year - WPIC22-11-2022, 18:25
Sign in with: