Fully autonomous driving will be possible after updating car cameras 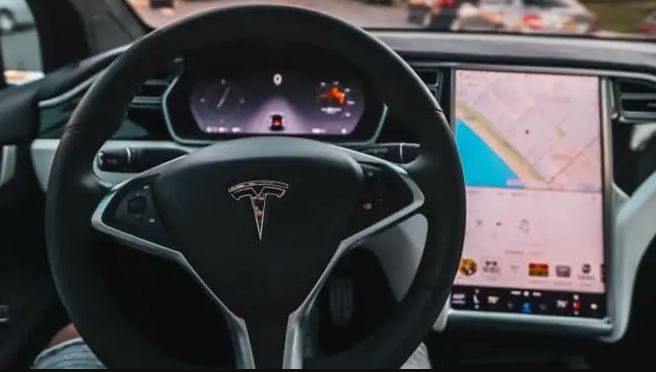 Elon Musk announced that Tesla owners who purchased the Driving Fully Autonomous (Full Self Driving) package and have Autopilot 2.0 will need to update their cameras to access the beta version.

For several weeks now, public testing has begun for Tesla's fully autonomous driving system, also known as Full Self Driving (FSD). Elon Musk stressed that access to FSD beta versions will be guaranteed for the brand's electric vehicles produced after 2016, thanks to simple software updates. However, the automaker has refurbished these vehicles several times since this announcement, including a new $ 2,500 on-board computer released in 2018.

Elon Musk just announced on Twitter that drivers who meet the two conditions mentioned above will also have to "upgrade their cameras." He adds that "the first production cars will require camera upgrades as well as an FSD computer (all included in the price)." Despite this statement, there are questions that still remain unanswered. Indeed, the Tesla CEO did not specify which cameras will be affected by this update or the date of the latter. Elon Musk also did not specify whether he meant a software update or whether car owners will have to replace cameras with new ones.

Финансовая аналитика, прогнозы цен на сталь, железную руду, уголь и другие сырьевые товары. More news and analytics on Metallurgprom telegram channel - subscribe to get up-to-date market information and price forecasts faster than others.
Сomments
Add a comment
Сomments (0)
On this topic
Honda announced the start of mass production of autonomous cars of the third level
Yuzhmash told whether it is possible to launch reusable rockets from the Black Sea
How the reform of the electricity market in Ukraine can lead to a collapse and what to do about it
Stopped nuclear power plants and mines. What's going on in the energy sector of Ukraine?
Tesla to build exclusive electric cars in Berlin for $ 25,000
Rivian Automotive could propel Tesla into the electric vehicle industry
Recommended:
Salzgitter and LKAB have formed a partnership to decarbonize the steel industry
The global steel industry will face its worst quarter since the 2008 crisis
Swedish court authorizes construction of steel mill for the first time in 50 years
News Analytics
Tesla in the second quarter reduced the supply of cars by 18%04-07-2022, 10:24
Steel prices fall due to weakening European demand and problems in China04-07-2022, 10:40
The United States refused to impose duties on Russian metals and increase02-07-2022, 09:05
Daimler Truck began testing Actros tractor on liquid hydrogen02-07-2022, 08:54
Volvo invests $1.25 billion to build electric vehicle plant in Slovakia01-07-2022, 18:17
High iron ore shortage could halt metallurgy's green transition28-06-2022, 14:02
Price volatility hits global steel market27-06-2022, 19:28
Recovery in China could be key to rising global steel prices - MEPS24-06-2022, 14:00
Conflict in Ukraine spurs Europe's drive for clean energy03-06-2022, 12:14
US steel market sentiment becomes more price neutral05-05-2022, 10:15
Sign in with: