Complying with the Paris Agreement, Ukraine will continue to reduce greenhouse gas emissions

Ukraine intends to reduce greenhouse gas emissions by 65 percent by 2030. The country's obligations in this area were confirmed by the President of Ukraine Volodymyr Zelenskyy, speaking at the UN Climate Change Conference COP-26 in Glasgow. 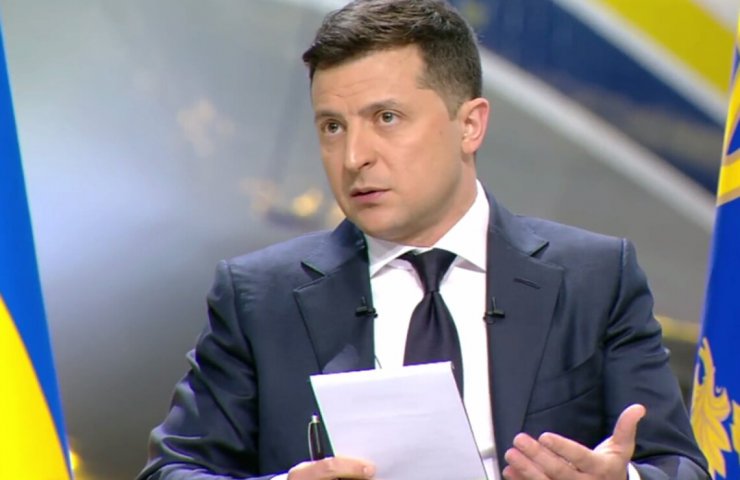 “Ukraine was one of the first in Europe to ratify the Paris Agreement. In terms of emission reductions, it ranks fourth among 45 parties to the UN convention. Our goals by 2030 are to reduce greenhouse gas emissions by 65 percent and achieve climate neutrality by 2060, ”the head of the Ukrainian state explained.

In terms of carbon dioxide emissions into the atmosphere, Ukraine is now in 31st place in the world, the indicators are high. The country had previously pledged to reduce emissions by only 40 percent from 1990 levels, but the government, with the assistance of the United Nations Development Program (UNDP), has updated its Nationally Determined Contribution (NDC). In accordance with the Paris Agreement, countries undertake to revise this "quota" every five years so that the world achieves a common goal - the average global temperature should not rise more than 1.5 degrees Celsius.

In his speech, Volodymyr Zelenskyy cited UN data that the concentration of carbon dioxide, methane and nitrous oxide in the atmosphere is a record over 10 years, which means that the temperature on Earth can rise significantly more than two degrees. New calculations show that more efforts will be needed to contain warming and achieve carbon neutrality than was planned in Paris in 2015.

The President of Ukraine also considers environmental measures alone to be insufficient and proposes to transfer "warming" to relations between states to combat climate change, stressing that now more and more "trust" is being lost between the countries of the world.

In order to fulfill its obligations and reduce emissions, Ukraine plans to implement a number of measures over the next 10 years. Among the priority tasks are to modernize the energy infrastructure and industrial enterprises, develop renewable energy sources, and improve energy efficiency in all sectors of the economy. Practical steps include insulating buildings, developing sustainable agriculture, promoting the use of electric vehicles, modernizing the vehicle fleet, recycling more efficiently, reforestation and reforming forestry.

The importance of such steps by Ukraine was confirmed by Manal Fouani, Deputy Resident Representative of the UNDP in the country. “The statement made by Ukraine serves as a signal to other countries that are seeking to increase their contribution to solving this huge challenge through joint opposition to the climate crisis,” she said.

As part of the Climate Promise initiative, UNDP is helping the Ministry of Environment and Natural Resources of Ukraine to develop a roadmap and financial strategy for NDCs, supported by an appropriate investment plan that will be in effect until 2030. Overall, the Climate Promise initiative is being implemented in 118 countries - the world's largest program of its kind.

Финансовая аналитика, прогнозы цен на сталь, железную руду, уголь и другие сырьевые товары. More news and analytics on Metallurgprom telegram channel - subscribe to get up-to-date market information and price forecasts faster than others.
Сomments
Add a comment
Сomments (0)
On this topic
UN report: growing inequality is the main obstacle for the development of
Ukraine has completely exhausted quotas for the supply of steel to the EU, except for three types
The world meteorological organization announced a new climate reality
UN experts believe that the worst-case scenario for the Ukrainian economy can still be avoided
UN Secretary General urged to declare a state of emergency in the field of climate and proposed six
The energy saved budget of Ukraine for 40 million hryvnia
Recommended:
Daimler Truck began testing Actros tractor on liquid hydrogen
Metinvest reduced the use of its capacities by more than 40% due to the war in Ukraine
Rusal filed a claim for a 20% refund in the Queensland Alumina alumina refinery of the Rio Tinto concern
News Analytics
The Belarusian steel plant was visited by the Ambassador of Kazakhstan to06-07-2022, 17:44
US steel prices fall to December 2020 levels06-07-2022, 13:40
Interpipe mastered a new type of railway wheels for the EU market06-07-2022, 12:15
Tesla in the second quarter reduced the supply of cars by 18%04-07-2022, 10:24
Steel prices fall due to weakening European demand and problems in China04-07-2022, 10:40
High iron ore shortage could halt metallurgy's green transition28-06-2022, 14:02
Price volatility hits global steel market27-06-2022, 19:28
Recovery in China could be key to rising global steel prices - MEPS24-06-2022, 14:00
Conflict in Ukraine spurs Europe's drive for clean energy03-06-2022, 12:14
US steel market sentiment becomes more price neutral05-05-2022, 10:15
Sign in with: