Antonio Guterres urged world leaders to declare a climate emergency in their countries before reaching the carbon neutrality target. 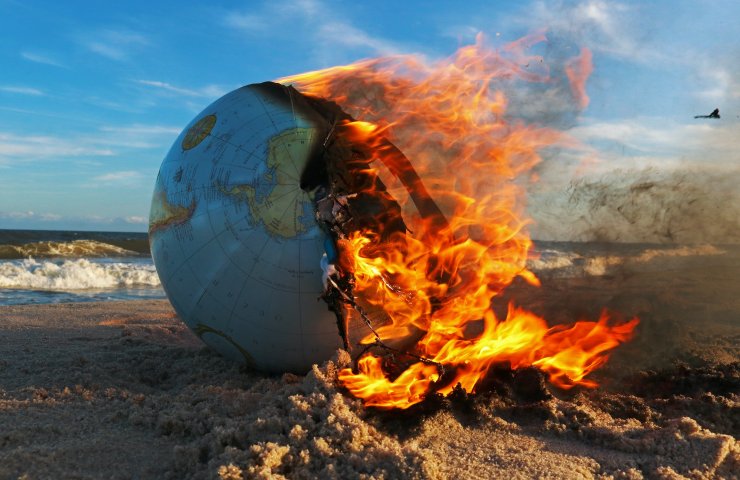 Today at the virtual climate summit, UN Chief Executive Antonio Guterres called for the creation of a Global Coalition to achieve carbon neutrality by the middle of this century. To do this, by 2030, the volume of global greenhouse gas emissions should be reduced compared to 2010 by 45 percent. This is necessary in order to keep the temperature rise within 1.5C.

Speaking at the videoconference summit on the ambitious climate change agenda, he noted:

“Can anyone still deny that we are facing a massive emergency? So today I call on all leaders to declare a climate emergency in their countries before the carbon neutrality goal is achieved. ”

I call on leaders worldwide to declare a State of Climate Emergency in their countries until carbon neutrality is reached.Five years after the # ParisAgreement , we are still not going in the right direction.Let's make the promise of a net zero world a reality. pic.twitter.com/pspktHxQc4

Antonio Guterres recalled that since the end of the 19th century, the temperature has increased by 1.2 percent. Without changing the course, we will inevitably come to warming by more than 3 degrees. The UN Secretary General proposed to urgently take the necessary measures:

Recall that "carbon neutrality" does not mean that greenhouse gas emissions will be reduced to zero - the main thing is that the amount of CO2 emitted does not exceed its volume absorbed by nature, in particular, forests and oceans. Then greenhouse gases will not enter the atmosphere. This concept is also called "net zero emissions".

The European Union, Great Britain, Japan and the Republic of Korea, as well as more than 110 countries have already announced their intention to achieve "net zero emissions" by 2050. China has said it will do so by 2060. António Guterres hopes other countries will make similar promises at this summit.

Under the terms of the Paris Agreement, its participants must every five years revise their voluntary national plans to combat climate change in the direction of "increasing commitments" and formally present them at the annual climate conference. Officially, it is called the "Conference of the Parties to the United Nations Framework Convention on Climate Change" - abbreviated as COP in English, or COP in Russian. But the planned COP-26 in Glasgow this year had to be postponed to next year due to the COVID-19 pandemic.

However, the UN, UK and France have decided to convene a virtual summit that will enable states to take on more ambitious climate targets.

The UN head stressed that today the "moment of truth" has come for humanity, but it is also a "moment of hope." According to him, more and more countries are committing to achieving zero emissions, businesses are realizing the benefits of sustainable development, cities are becoming greener - literally and figuratively, young people are joining the climate movement and taking the lead. “The consciousness of people is changing,” Antonio Guterres is convinced. “Climate action has become the barometer by which people measure their leaders. Today, both people and the planet need such actions. ”

Финансовая аналитика, прогнозы цен на сталь, железную руду, уголь и другие сырьевые товары. More news and analytics on Metallurgprom telegram channel - subscribe to get up-to-date market information and price forecasts faster than others.
Сomments
Add a comment
Сomments (0)
On this topic
Corruption killed thousands of people during pandemic - UN General Assembly President
UN Secretary General: humanity has a chance to cope with global warming
Who declared a state of emergency is not due to the outbreak of coronavirus in China, and due to
Top 10 digital trends in the global steel industry
Elon Musk has amazed the number of fakes on its Wikipedia page
Saudi Arabia plans to sequester budget by 20% to win a price war in the oil market
Recommended:
Ukraine delivered 86,000 tons of iron ore to Turkey in September - TUIK
The European Union has sharply increased purchases of Russian titanium
The state will not support the export of metals from Russia - Ministry of Industry and Trade of the Russian Federation
News Analytics
ArcelorMittal launches flagship carbon capture and recycling project in Belgium08-12-2022, 14:59
The South Korean government "ordered" the striking truckers to return08-12-2022, 11:04
India expands RoDTEP export incentive scheme to steel and iron08-12-2022, 10:28
Volkswagen Anhui's first pre-production NEV rolled off the assembly line08-12-2022, 10:17
Chinese steel exports up 28.2% - customs data07-12-2022, 23:43
Analysts predict 5% annual growth in the iron casting market through 203006-12-2022, 12:44
Commodity prices will fall, metals quotes will rise slightly - Focus Economics28-11-2022, 13:28
Platinum market to face shortage next year - WPIC22-11-2022, 18:25
Global steel demand falls and will fall by 2.3% in 2022: WorldSteel19-10-2022, 23:12
Iron ore prices fall to 11-month low15-10-2022, 10:36
Sign in with: