Employees of the Rudomine mining enterprise in Krivoy Rog, which is developing the Yuzhny open pit, a month ago demanded that the state protect their enterprise from unreasonable attacks from bloggers with a dubious reputation, pseudo-environmentalists who make a living by blackmailing enterprises, and activists with frankly criminal past. 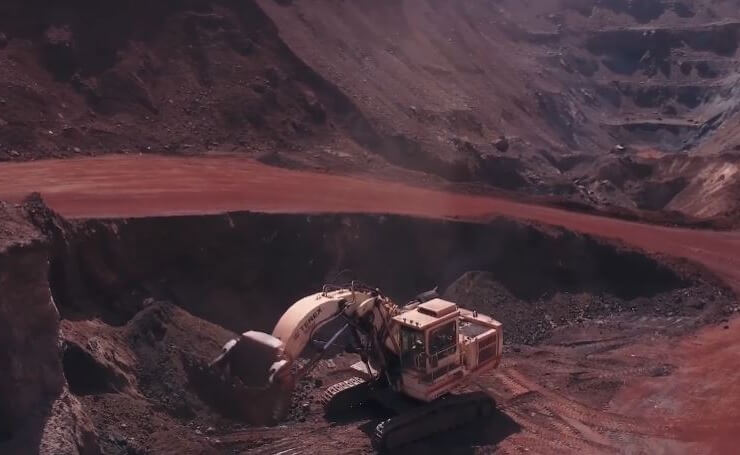 The State Ecological Inspectorate of the Pridneprovsky District has begun a scheduled inspection of Rudomine LLC, which is one of the most powerful iron ore producers in Krivoy Rog. This was reported by the press service of the State Environmental Inspection of Ukraine on Tuesday.

The control measure involves a comprehensive check of the impact of production activities on the atmospheric air, water and land resources. Inspection specialists will also check how the waste is disposed of at the facility.

The scheduled inspection of Rudomine LLC will last 10 working days. The results will be announced later.

Also, the day before, an introductory meeting was held between specialists from the State Ecological Inspectorate, People's Deputy Elena Krivoruchkina, representatives of the public and the media with the management of the enterprise in the Yuzhny quarry, where Rudomine LLC carries out production activities. During the event, the transparent and open conduct of the inspection by the inspection and the absence of resistance from the officials of the industrial facility were discussed.

Recall that at the end of October, about 200 workers of the Krivoy Rog mining enterprise "Rudomine" held a protest action at which they demanded to protect their enterprise from unreasonable attacks, unprecedented pressure and the threat of illegal closure. As a result of the rally, the company's employees drew up a petition that will be sent to the city authorities of Krivoy Rog, as well as to the security forces.