It is assumed that the new sinter plant in Kryvyi Rih will produce 5 million tons of pellets per year, the capacity per hour - 621 tons, new gas cleaning equipment and aspiration will be installed in accordance with European environmental standards. 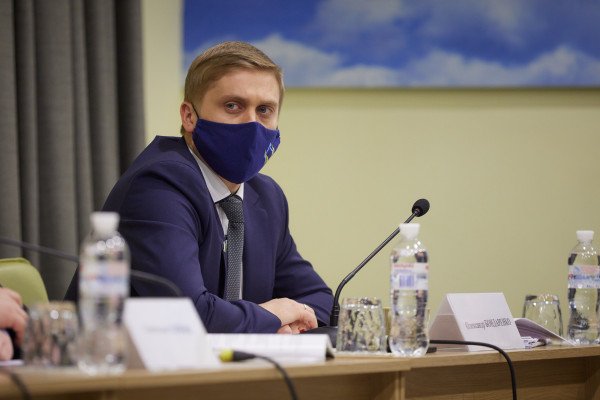 One of the priorities of the State Environmental Inspectorate is supervision of construction inspectors a new pelletizing plant in Kryvyi Rih, a key environmental project for the local division of the ArcelorMittal iron and steel works, the service said.

The launch of a new production facility will allow decommissioning the most problematic part from the point of view of emissions - two operating sinter shops. The task of the inspection is to prevent unjustified postponement of the deadlines for the implementation of the programs of the new factory, - said the head of the State Ecological Inspectorate Andrei Malevany.

Thanks to the close attention of the central authorities in Kiev to the environmental situation in Kryvyi Rih, for the first time in a long time, one of the city's largest polluters, ArcelorMittal Kryvyi Rih, allowed inspectors of the State Environmental Inspectorate to conduct an environmental check.

State Environmental Inspection of Ukraine recently collected more than 7 million hryvnia in damages from ArcelorMittal Kryvyi Rih for violation of environmental legislation in the form of air pollution. To date, the company has voluntarily paid all fines for the violations identified.

Since the beginning of the year, polluting enterprises in Kryvyi Rih have paid UAH 25.8 million in fines for the damage to the city's ecology.

Recommended:
Profits of China's industrial enterprises rise 15.5% in November
Smart Holding and Dragon Capital agree to sell Unex Bank
KB Yuzhnoye is headed by Alexander Kushnarev
On this topic
ArcelorMittal Kryvyi Rih voluntarily paid over 7 million hryvnia for air pollution
ArcelorMittal Kryvyi Rih provided almost half of the demand for rolled metal for the construction
The Chinese company will build a new sinter plant in Krivoy Rog
President of Ukraine Volodymyr Zelensky visited ArcelorMittal Kryvyi Rih for the first time
Mariupol ' plant of the boiler.Lenin took first place in the TOP 20 pollutants of Ukraine
ArcelorMittal Kryvyi Rih denies SBU statements on exceeding the maximum radiation level
Add a comment
Сomments (0)
News Analytics
Novokramatorsk Machine-Building Plant acquired a unique machining center25-01-2021, 17:27
KAMAZ intends to double the production of electric buses25-01-2021, 15:47
Liberty Steel will submit a firm bid today for ThyssenKrupp Steel Europe25-01-2021, 14:23
A new steel-pouring stand was launched at the Dneprovsk Iron and Steel Works25-01-2021, 13:53
10 miners recovered from exploded gold mine in China25-01-2021, 13:46
China will overtake the United States to become the world's largest economy in27-12-2020, 12:04
The shortage in the US steel market will last at least until the end of the25-12-2020, 11:36
Steel production in China to surpass one billion tons this year23-12-2020, 10:59
Iron ore prices hit seven-year high and continue to rise15-12-2020, 10:26
Prices for metallurgical raw materials continue to rise in regional markets10-12-2020, 11:32
Sign in with: