As a result, the crew of the International Space Station was forced to take refuge in a temporary shelter 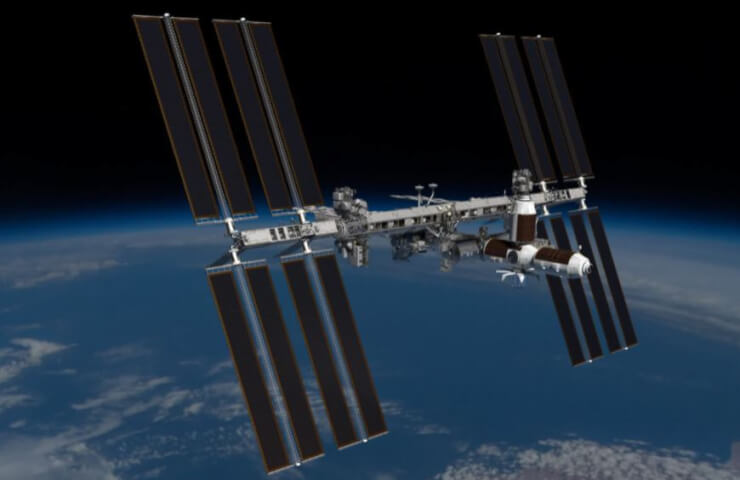 The US government has confirmed that Russia conducted an anti-satellite system (ASAT) test early Monday morning (November 15), creating hundreds of thousands of space debris, jeopardizing the safety of astronauts on the International Space Station.

"Earlier, the Russian Federation recklessly conducted a destructive satellite test of a direct take-off anti-satellite missile on one of its satellites," said US State Department spokesman Ned Price.

“To date, tests have found more than 1,500 tracked orbital debris and hundreds of thousands of smaller orbital debris that now threaten the interests of all countries,” Price said. He added that the event poses a serious threat to the seven astronauts currently in space.

After the US State Department condemned the anti-satellite test, which it considers "dangerous and irresponsible behavior" by Russia, a space station partner, Russian military officials have defended the launch and its aftermath.

The Russian Ministry of Defense also issued a statement in Russian in defense of the test. General Minister of the Army Sergei Shoigu said that the test was successful and that “the fragments received do not pose any threat to space activities.”

In response to US concerns about the orbit of the debris cloud relative to the ISS's orbit, the Russian Defense Ministry said in media reports that the Americans knew this should not be a cause for concern.

"The United States knows for sure that the resulting fragments, in terms of test time and orbital parameters, did not and will not pose a threat to orbital stations, spacecraft and space activities," the Russian Defense Ministry said, according to NBC News.

Another report from Reuters said the Russian military began testing after the United States created a military Space Force unit in 2020 and added that the United States, China, and India have conducted anti-satellite defense tests in the past.

Space debris is a growing threat to satellites and astronauts in orbit as the US military and other officials track hundreds of thousands of spacecraft debris over the years. Scientists have long warned of reaching a tipping point known as Kessler's syndrome, after scientist Donald Kessler who first studied it, when debris in orbit spawns more debris in a cascade effect.

Финансовая аналитика, прогнозы цен на сталь, железную руду, уголь и другие сырьевые товары. More news and analytics on Metallurgprom telegram channel - subscribe to get up-to-date market information and price forecasts faster than others.
Сomments
Add a comment
Сomments (0)
On this topic
Yuzhmash told whether it is possible to launch reusable rockets from the Black Sea
Strategy of defense in space
Max Polyakov's Firefly Aerospace plans two launches of the Alpha space rocket in 2021
Ukrainian-powered Antares launch vehicle successfully launched from Wallops cosmodrome
Launch vehicle "Antares" is carrying a new toilet for the crew to the ISS
How the reform of the electricity market in Ukraine can lead to a collapse and what to do about it
Recommended:
UK extends ban on Russian gold imports
The pipe metallurgical plant in Nikopol continued to work after a short stop
Mining enterprises of Ukraine reduced the export of iron ore by 38.9%
News Analytics
China's iron ore output to rise in 2023 as new projects are launched30-11-2022, 18:10
"Centravis" agreed to supply a new batch of seamless pipes to a30-11-2022, 16:51
Metinvest enterprises in Ukraine resumed work after massive shelling of29-11-2022, 11:59
The European Council added the violation of restrictive measures (sanctions) to28-11-2022, 14:22
The abolition of export duty in India may reduce the price of Turkish steel28-11-2022, 14:07
Commodity prices will fall, metals quotes will rise slightly - Focus Economics28-11-2022, 13:28
Platinum market to face shortage next year - WPIC22-11-2022, 18:25
Global steel demand falls and will fall by 2.3% in 2022: WorldSteel19-10-2022, 23:12
Iron ore prices fall to 11-month low15-10-2022, 10:36
China production cuts in winter will give limited boost to steel markets -15-09-2022, 10:09
Sign in with: