The bitcoin rate for the third time since the beginning of 2021 has updated its historical maximum and exceeded $ 43,000. 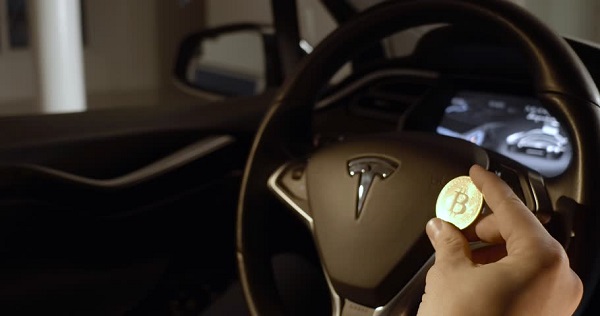 American carmaker Tesla has announced that it has acquired $ 1.5 billion worth of bitcoins, bringing the cryptocurrency to an all-time high that currently exceeds $ 43,500 per bitcoin. At the same time, at its peak, Bitcoin reached $ 44,900. The announcement of Elon Musk's company, which has a certain weakness for cryptocurrencies, judging by his Twitter, was posted in the US Securities and Exchange Commission (SEC).

“In January 2021, we updated our investment policy to be able to maximize returns on funds that are not required to maintain sufficient liquidity,” the company said in a statement. In addition to cryptocurrency, Tesla may also invest in gold backed by a gold ETF and other tools. The company stressed that they understand the risks associated with the volatility of digital money, lack of regulation, as well as their exposure to cyber attacks.

Tesla also plans to accept Bitcoin as payment for its products and services.

Bitcoin is a decentralized cryptocurrency originally described in a 2008 whitepaper by a person or group of people under the pseudonym Satoshi Nakamoto. It was launched shortly thereafter, in January 2009

Recommended:
Ministry of Commerce: China intends to strengthen trade and economic ties with the United States
Ukroboronprom and Ukrspetsexport signed a cooperation agreement with EDGE Group
Ukrzaliznytsia in 2021 will invest over UAH 14 billion in production and infrastructure
On this topic
Bitcoin value surpassed $ 30,000 for the first time
Ukraine needs to reduce mortgage rates to 8-10% - Confederation of Builders of Ukraine
Tesla reported an increase in the supply of electric vehicles by 23% in the fourth quarter
Gold has overcome critical level, prices in 1500 dollars per ounce
Gold prices under pressure due to the outflow of funds from ETF - Saxo Bank
Gold inflows into ETFs reached 1,000 tons
Add a comment
Сomments (0)
News Analytics
Bosch launches automotive chip plant in Dresden08-03-2021, 13:45
Eurozone investor morale at its highest rise in 12 months08-03-2021, 12:30
Port on the coast of Pilbara in Australia stops shipments of iron ore due to08-03-2021, 11:14
Coronavirus drove Belgian skiers to the slopes of the Charleroi waste heap07-03-2021, 13:52
US Steel focuses on the production of nanosteel for high-strength alloys07-03-2021, 13:46
Spread between raw materials and high strength alloy steel in Europe increased01-03-2021, 20:21
Increase in prices is forecasted in the markets of steel raw materials -26-02-2021, 09:25
Troy ounce of gold will drop $ 500 in two years - Fitch25-02-2021, 18:29
Global iron ore production growth to outstrip cumulative production in India23-02-2021, 10:22
Fitch Ratings Warns of “Shocking Impact” on Fossil Fuel Exporters18-02-2021, 14:44
Sign in with: