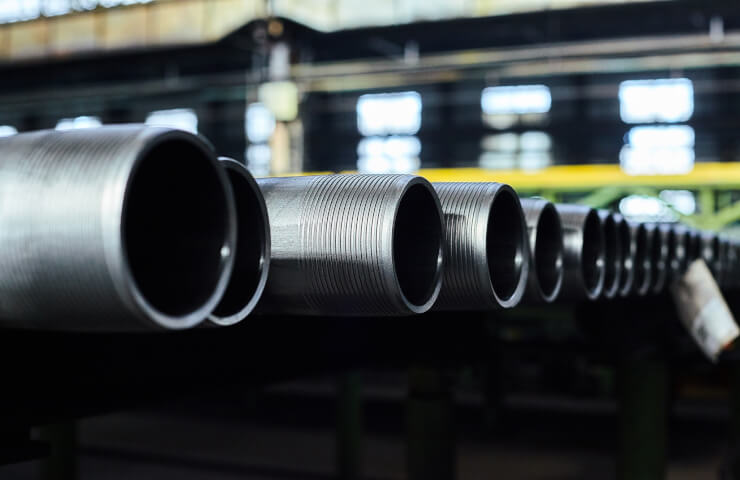 Ukrainian industrial company Interpipe of businessman Viktor Pinchuk has terminated its participation in a joint venture with the French Vallourec due to continuing and increasing restrictions on the steel market in the European Union. This was reported in Interfax-Ukraine with reference to the presentation data of the Ukrainian company based on the results of work for nine months of 2021.

“Indeed, there is such a phrase in the presentation. Interpipe terminated cooperation with Vallourec within the framework of a joint venture established in April 2018 for the production of line pipes with their subsequent sale in the EU market, ”the Interpipe press service said.

They explained that the supply of Ukrainian pipes to the EU is strictly quoted by European legislation, and additional volumes are subject to a protective duty.

“At the moment, Interpipe and Vallourec no longer manufacture and sell pipe products on the EU market within the framework of the JV. Since October, line pipes on the European market have been sold under the Interpipe brand, as it was before the establishment of the joint venture, ”the company’s information summarizes.

The Ukrainian-French joint venture was established in 2018 for the production of so-called line pipes, general-purpose pipes, as well as products for mechanical engineering. On the European market, Ukrainian pipes were sold under the Vallourec brand.

The company's presentation says that Interpipe in January-September of this year received $ 32.338 million in net profit, while for the same period last year it amounted to $ 162.458 million. EBITDA of Interpipe decreased in the reporting period by 30% - to $ 151 million, while capital expenditures increased by 65% ​​- to $ 45 million.

Финансовая аналитика, прогнозы цен на сталь, железную руду, уголь и другие сырьевые товары. More news and analytics on Metallurgprom telegram channel - subscribe to get up-to-date market information and price forecasts faster than others.
Сomments
Add a comment
Сomments (0)
On this topic
Ukraine has completely exhausted quotas for the supply of steel to the EU, except for three types
Interpipe reduced sales of pipe and railway products in 2020
The price of electricity for Ukrainian metallurgists turned out to be twice as high as for French
The Antimonopoly Committee of Ukraine fined Interpipe for abuse of monopoly position
INTERPIPE in 2019. increased sales of railway wheels by 8% and reduced the implementation of pipes
Steel production in September 2020
Recommended:
Ukraine in March lost about 70% of foreign exchange earnings from the export of rolled metal
US Steel plans to replace half of all supplies of metallurgical raw materials against the background of the war in Ukraine
ThyssenKrupp enters Australia's green hydrogen market
News Analytics
Swiss oil and gas equipment manufacturer Sulzer leaves Russia24-05-2022, 13:08
BIR: European Commission's decision on scrap metal will be the most tragic24-05-2022, 11:41
Rejection of Russian palladium destroys markets24-05-2022, 11:41
Volvo starts mass production of electric trucks made from decarbonized steel24-05-2022, 10:09
European steel prices are directly dependent on Russian gas prices - MetalMiner24-05-2022, 10:52
US steel market sentiment becomes more price neutral05-05-2022, 10:15
The global high-strength steel market will grow steadily by 5% annually for the04-05-2022, 08:45
China steel inventories hit 13-month high amid COVID-19 outbreak30-04-2022, 16:38
Slowdown in global auto sector affects steel prices27-04-2022, 12:36
World alumina production reaches a record 138 million tons21-04-2022, 09:54
Sign in with: