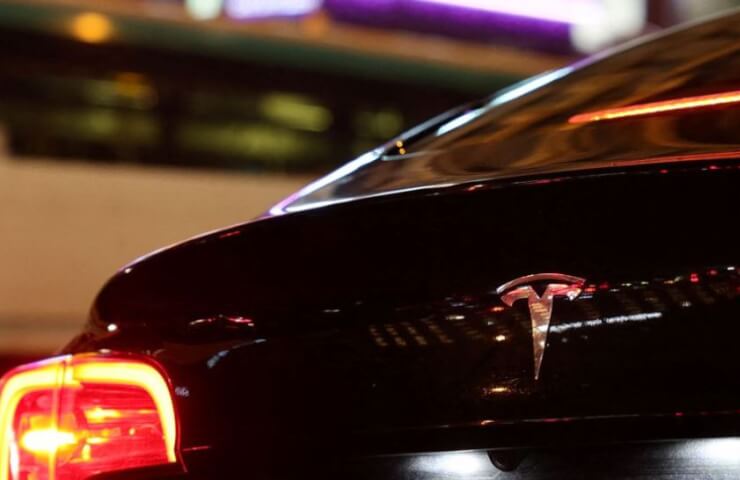 Tesla Inc told the French government that there is no evidence that the fatal accident in Paris involving a Tesla Model 3 taxi was caused by a technical malfunction, a government spokesman said Wednesday.

Paris-based taxi company G7 has suspended 37 Model 3 vehicles in its fleet following a Saturday night accident involving one of its drivers.

BFM TV reported that an official investigation was initiated against the driver on suspicion of manslaughter. Under French law, a formal investigation means there is “strong or consistent evidence” of the suspect's involvement in a crime.

As a result of a car accident, one person was killed, 20 were injured, three of them seriously.

“We have of course been in contact with Tesla's management and they tell us there are no technical problems with the alarms on their vehicles,” government spokesman Gabriel Attal told reporters.

He added that the government is awaiting the results of the ongoing judicial investigation.

A car that stopped at a traffic light suddenly rushed forward, knocking down and dragging a cyclist with it, who later died, a police source said, citing the version of events by the driver, witnesses and video surveillance.

A police source said the driver tested negative for alcohol.

It is still unknown if the car was in Tesla's autopilot mode, which solves some of the driving challenges. Musk has defended the autopilot on several occasions and in April tweeted that "Tesla with autopilot are engaged, the probability of an accident is 10 times lower than that of a conventional car."

Transport Minister Jean-Baptiste Jebbury told RMC radio that he spoke with the executive director of Tesla Europe, who told him that there were no safety warnings regarding the Model 3.

He added that the automaker, which collects detailed data from sensors and cameras on its vehicles, has notified him that it has provided the relevant technical data to investigators.

Tesla, which is at the forefront of the electric and self-driving vehicle revolution and has a market value of nearly $ 1 trillion, did not respond to requests for comment.

G7 Deputy CEO Yann Ricordel told Reuters that the accident happened when a non-working taxi driver was driving his family to a restaurant. According to Ricordel, the driver tried to brake, but instead the car accelerated.

Last year, the US auto safety regulator began formally reviewing more than 200 complaints about sudden acceleration of Tesla vehicles, but later the regulator said it found no defects in Tesla systems, saying the accidents were caused by “incorrect pedal pressures.” p>

Финансовая аналитика, прогнозы цен на сталь, железную руду, уголь и другие сырьевые товары. More news and analytics on Metallurgprom telegram channel - subscribe to get up-to-date market information and price forecasts faster than others.
Сomments
Add a comment
Сomments (0)
On this topic
Truck with 39 corpses found in British Essex, mass murder suspect arrested
Stopped nuclear power plants and mines. What's going on in the energy sector of Ukraine?
Yuzhmash told whether it is possible to launch reusable rockets from the Black Sea
UK continues to experience shortage of truck drivers
How the reform of the electricity market in Ukraine can lead to a collapse and what to do about it
David Cameron declares his innocence in the problems of Liberty Steel and GFG Alliance
Recommended:
China will continue to build its industrial economy
Australian TIG approved coal mining at the Chukchi Zvonkoye field
Ferroalloy enterprises of Ukraine in total reduced output by 24.9%
News Analytics
The United States refused to impose duties on Russian metals and increase02-07-2022, 09:05
Daimler Truck began testing Actros tractor on liquid hydrogen02-07-2022, 08:54
Volvo invests $1.25 billion to build electric vehicle plant in Slovakia01-07-2022, 18:17
Swedish court authorizes construction of steel mill for the first time in 5001-07-2022, 11:09
AvtoVAZ plans to produce at least 400,000 vehicles in 202301-07-2022, 11:29
High iron ore shortage could halt metallurgy's green transition28-06-2022, 14:02
Price volatility hits global steel market27-06-2022, 19:28
Recovery in China could be key to rising global steel prices - MEPS24-06-2022, 14:00
Conflict in Ukraine spurs Europe's drive for clean energy03-06-2022, 12:14
US steel market sentiment becomes more price neutral05-05-2022, 10:15
Sign in with: