SolarCity is a company that installs solar panels, solving the problems of Earth's climate change 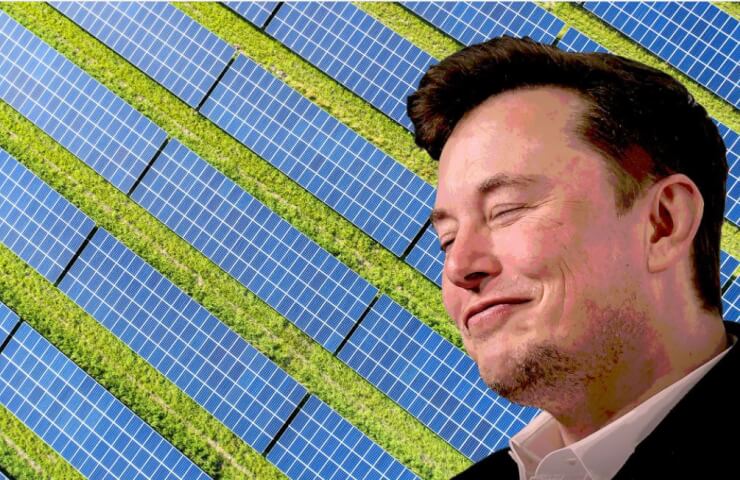 Tesla shareholders on Tuesday called on the court to recover $13 billion from Elon Musk for his role in SolarCity's acquisition, Reuters reported.

Musk said the deal to acquire SolarCity would allow Tesla to become the world's first trillion-dollar company as a "solution to Earth's climate change."

SolarCity is a company that installs solar panels for residential, commercial and industrial customers. It was acquired by Tesla in 2016 after Elon Musk presented it to the board of directors, but the plaintiffs allege he misrepresented SolarCity's financial condition.

At the time of the purchase of all shares, Musk was the largest shareholder of SolarCity and its chairman. As a result of what plaintiffs describe as a clear conflict of interest, SolarCity was founded by Musk and two of his cousins, Lyndon Reeve and Peter Reeve.

In a series of lawsuits, Tesla's directors were sued for allegedly succumbing to Musk's influence and relinquishing their financial obligations by agreeing to the deal.

In August 2020, a judge approved a $60 million settlement that resolved claims filed by all directors on Tesla's board of directors except Musk without admitting guilt. Thus, Musk, who refused to settle the dispute, remained the only remaining defendant.

Финансовая аналитика, прогнозы цен на сталь, железную руду, уголь и другие сырьевые товары. More news and analytics on Metallurgprom telegram channel - subscribe to get up-to-date market information and price forecasts faster than others.
Сomments
Add a comment
Сomments (0)
On this topic
A new lawsuit for "Gazprom": what does "Naftogaz" in the Stockholm arbitration?
Yuzhmash told whether it is possible to launch reusable rockets from the Black Sea
Ukrainian buyers of Chinese steel won arbitration in Suzhou and thank the court for impartiality
Elon Musk's equity capital is approaching the $ 300 billion mark
Rivian Automotive could propel Tesla into the electric vehicle industry
How the reform of the electricity market in Ukraine can lead to a collapse and what to do about it
Recommended:
Steel production in Russia will fall by at least 15% - the opinion of market participants
An Australian company has signed a contract with the US Department of Defense for the production of rare earth elements
Miners at the world's largest copper company go on indefinite strike
News Analytics
The United States refused to impose duties on Russian metals and increase02-07-2022, 09:05
Daimler Truck began testing Actros tractor on liquid hydrogen02-07-2022, 08:54
Volvo invests $1.25 billion to build electric vehicle plant in Slovakia01-07-2022, 18:17
Swedish court authorizes construction of steel mill for the first time in 5001-07-2022, 11:09
AvtoVAZ plans to produce at least 400,000 vehicles in 202301-07-2022, 11:29
High iron ore shortage could halt metallurgy's green transition28-06-2022, 14:02
Price volatility hits global steel market27-06-2022, 19:28
Recovery in China could be key to rising global steel prices - MEPS24-06-2022, 14:00
Conflict in Ukraine spurs Europe's drive for clean energy03-06-2022, 12:14
US steel market sentiment becomes more price neutral05-05-2022, 10:15
Sign in with: