A new lawsuit for "Gazprom": what does "Naftogaz" in the Stockholm arbitration?

, Naftogaz is trying to recover billions of dollars from "Gazprom" in various international courts, is conducting a campaign for the seizure of assets of Gazprom in Switzerland, the UK, the Netherlands and Luxembourg. In addition, in December 2018, the US Federal court in new York satisfied the requirements of Compnay to receive information from GLAS Americas, Deutsche Bank Trust Company Americas and Bank of New York to disclose information about assets of "Gazprom" in Europe. 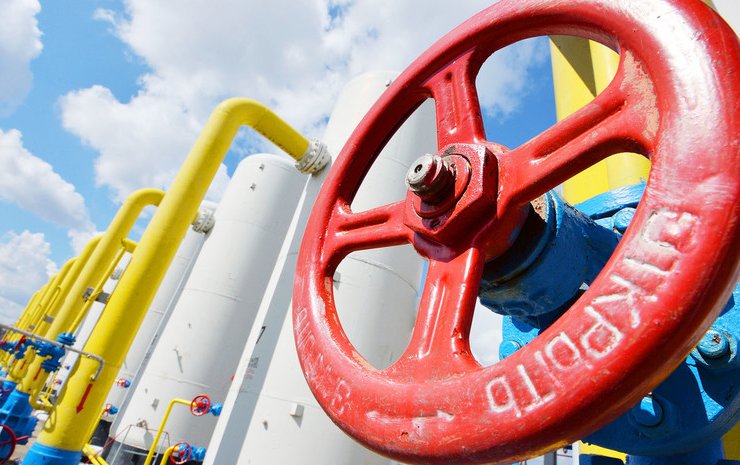 2 November "Naftogaz" put forward "Gazprom" new claims that were sent in the Stockholm arbitration. About it the Executive Director of "Naftogaz of Ukraine" Yuriy Vitrenko wrote on his page on Facebook. Details regarding the requirements of the company he promised to publish later, but noted that the document exceeds a volume of 500 pages.

"Number of pages only the main text of our statement exceeds 500 pages. Attached is 3 of the report of the international experts that were specially developed. Also included witness statements and a bunch of other apps. Worked actively on these documents we are about three months," wrote Vitrenko.

the official said, his company hopes that the new arbitration decides in 2021, and next year he hopes to be able to recover from "Gazprom", the debt of $ 3 billion.

Previously, Mr. Vitrenko has announced that the new claim "could be compensated for the termination of transit" after January 1, 2020, when the current ten-year contract for the transportation of Russian gas to Europe through Ukraine.

After another round of negotiations between "Naftogaz" and "Gazprom" under the mediation of the European Commission on a new contract, which ended inconclusively, Yuri Vitrenko confirmed these intentions.

After the talks it became known that the Russian side insists that "Naftogaz" renounced his victory in the Stockholm arbitration, the decision by Gazprom must pay $ 2.6 billion in favor of the Ukrainian state-owned companies.

"No judicial claims, should not be on the agenda, if we are talking about agreements," - said press Secretary of Russian President Dmitry Peskov, commenting on the recent gas negotiations.

About any claims in question?

First of all, about the massive four-year arbitration dispute between "Naftogaz" and "Gazprom" in Stockholm.

February 28, 2018, the Stockholm arbitration Tribunal made the decision according to which found a violation of the contract for the transportation of gas from "Gazprom" for a total of 4.63 billion dollars. At the same time, the arbitrators decided that $ 2.1 billion of this amount will be credited for the received in 2014-2015, but not paid "Naftogaz" of gas. Therefore, Gazprom owes Naftogaz $ 2.6 billion plus interest for the time of the execution of judgment.

Gazprom almost immediately refused to comply with the arbitration decision and appealed it to the appeals court for the district of Svea in Sweden. The court first sided with Gazprom, not having heard of "Naftogaz", but later - in September 2018 reversed its previous decision. The hearing on the merits and this judgment is expected in 2020.

However, the appeal does not suspend the shared execution of arbitration decisions. Therefore, Naftogaz is trying to collect the debt in enforcement where there are assets of "Gazprom", in the Netherlands, UK, Switzerland, USA, Luxembourg - where was the "daughter" of "Gazprom" or companies that control the projects connected with "Gazprom".

But such attempts have the opposite effect. It is for national courts of individual countries can suspend execution of international arbitration for consideration of appeals. It is actively used by "Gazprom", which disputes the claim of "Naftogaz".

In June 2018, "Naftogaz" has filed a petition for the arrest of shares of "Gazprom" in the Dutch subsidiaries. For example, under the jurisdiction of the Netherlands is Gazprom Holding Cooperatie. The Dutch court granted the motion, but six of the seven companies refused to cooperate with the bailiffs.

In September 2018, Naftogaz also filed a petition in Dutch court of Appeal to implement the decision of the Stockholm arbitration. "Gazprom" has decided not to defend in this case.

In July 2019, the court of Appeal of Amsterdam rejected the appeal of "Gazprom" on the court's jurisdiction, recognizing that it has the right to decide on compulsory execution of decisions of the Stockholm arbitration in the Netherlands.

In October 2019, the District court of Amsterdam has satisfied the claim "Naftogaz" about the arrest of 100% of the shares of the subsidiary of Gazprom - South Stream Transport BV, which is engaged in the construction of the Turkish stream.

In June 2018 Commercial Tribunal of London took the decision to arrest "Gazprom" in England and Wales pursuant to the decision of the Stockholm arbitration. The court also ordered the Russian gas monopoly to make a list of their assets in England worth more than 50 thousand dollars. Banks serving "Gazprom" has received instructions not to carry out operations associated with the withdrawal of assets of "Gazprom" from the country.

In March 2019, the English commercial court held that enforcement of the decision of the Stockholm arbitration can be conducted after its decision will make the district court of Appeal of Svea. At the same time an English court has forbidden Gazprom to hide assets in the UK and bring them out of the country.

At the end of may 2018 "Naftogaz" has confirmed that he appealed to the Swiss courts demanding enforcement funds for the implementation of the decision of the Stockholm arbitration. Seizure of assets related to the shares of two large-scale projects – "Nord stream 1 and Nord stream-2".

In January 2019 court of the Swiss Canton of Zug confirmed that the decision of the Stockholm arbitration is valid and should be implemented despite the appeal of "Gazprom" in Sweden. At the same time, the court lifted the provisional arrest with receivables of Gazprom, since its presence has not been confirmed.

In July 2019, the district court of Luxembourg rejected the appeal of "Gazprom" and confirmed the seizure of assets of Russian companies in the country.

Luxembourg branches of large global banks are direct creditors of "Gazprom". In addition, the Luxembourg-registered company is the Issuer of Eurobonds Gazprom Gaz Capital SA.

In December 2018, Naftogaz filed lawsuits in Federal courts in new York and Texas. These actions aimed at obtaining evidence to support a position in litigation in the Netherlands and Switzerland. A US Federal court in new York satisfied the requirements of Naftogaz to receive evidence concerning the assets of "Gazprom" in Europe.

Финансовая аналитика, прогнозы цен на сталь, железную руду, уголь и другие сырьевые товары. More news and analytics on Metallurgprom telegram channel - subscribe to get up-to-date market information and price forecasts faster than others.
Сomments
Add a comment
Сomments (0)
On this topic
Elon Musk contracted coronavirus, but doubts the reliability of the tests
Ferrexpo has appointed a new member of the Board of Directors
Meta Company accused Facebook of trademark infringement
Gazprom reacted to the refusal of Naftogaz of Ukraine to buy Russian gas with the words "no
The steel industry, the United States recognized itself the most energy efficient in the world
Minamaneho of Ukraine plans in April 2020 to conduct a pilot auction for "green"
Recommended:
For 8 months of 2022, steel production in Ukraine fell by 64.5%, to 5.2 million tons
Russia may increase taxation of oil, gas, coal and fertilizers
Ukrainian court invalidated sale of Ferrexpo Plc shares in 2002
News Analytics
EU plans additional sanctions against Russian metallurgy27-09-2022, 10:34
The European Commission has approved 5.2 billion euros of state support for27-09-2022, 10:43
China's leading industrial profits fall 2.1% in first 8 months27-09-2022, 10:20
Moody's changed the outlook for the global mining industry to26-09-2022, 19:04
Russia may increase taxation of oil, gas, coal and fertilizers26-09-2022, 15:58
China production cuts in winter will give limited boost to steel markets -15-09-2022, 10:09
Steel prices may rise as manufacturers stop production11-09-2022, 14:06
IREPAS: The global long products market is in a "dramatic situation"10-09-2022, 20:49
Steel prices are unlikely to rise significantly in the near future - analysts02-09-2022, 22:58
Steel prices may move up on new data from China31-08-2022, 12:19
Sign in with: