A large order went to the German concern ThyssenKrupp. 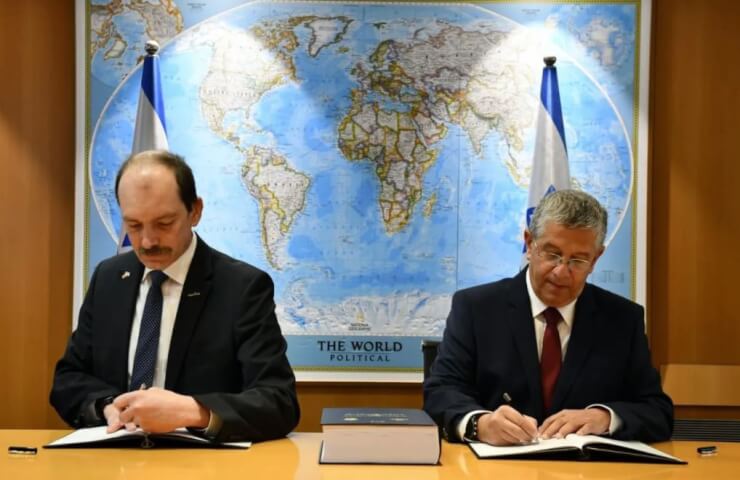 German metallurgical and engineering giant ThyssenKrupp announced a contract between its shipbuilding division Marine Systems and the Israeli Ministry of Defense for the purchase of three Dakar-class submarines.

"After extensive negotiations, all involved parties agreed on the technical content and contractual terms on Thursday," ThyssenKrupp said in a statement.

According to Dr. Rolf Wirtz, CEO of ThyssenKrupp Marine Systems, with a new class of submarines, advanced technology will be presented to Israel.

“This agreement demonstrates ThyssenKrupp Marine Systems' strong commitment to Israel's long-term security. The signing follows careful and comprehensive preparatory work, and I would like to thank our partners in the Israeli Ministry of Defense and the Israeli Navy for their dedication and professionalism,” said Wirtz.

The Dakar class is a new project that will be specially adapted to the needs of the Israeli Navy. These three submarines will replace the Dolphin-class submarines.

In preparation for the expected order, ThyssenKrupp Marine Systems has already invested around 250 million euros in its shipyard. The construction of a new shipbuilding workshop and a plant for the production of fuel cells is already clearly visible on the territory of the shipyard.

ThyssenKrupp Marine Systems is one of the world's leading shipbuilding companies. Approximately 3,600 employees work at the Kiel site, making it the largest shipyard in Germany.

Финансовая аналитика, прогнозы цен на сталь, железную руду, уголь и другие сырьевые товары. More news and analytics on Metallurgprom telegram channel - subscribe to get up-to-date market information and price forecasts faster than others.
Сomments
Add a comment
Сomments (0)
On this topic
German concern Thyssenkrupp sold six 212 CD class submarines to Germany and Norway
Thyssenkrupp receives the largest order in the history of the company for the construction of 6
Israel launched ground and air attack on the Gaza Strip
Germany will pay 6 billion euros with the Dutch shipyard for the construction of warships
Reuters: ThyssenKrupp talks about the involvement of the investor in military shipbuilding
The pensioner admitted that for 32 years she falsified the results of steel tests for US submarines
Recommended:
Ukrainian exports of pig iron and semi-finished steel decreased by one and a half times
EU steel consumption could fall by almost 2% in 2022 - Eurofer
YuGOK reduced the output of iron ore concentrate by 24%
News Analytics
The largest producer of titanium raw materials in Ukraine OGCC will sell25-05-2022, 20:48
Glencore accused of bribery in London pleads guilty in the US25-05-2022, 10:44
Swiss oil and gas equipment manufacturer Sulzer leaves Russia24-05-2022, 13:08
BIR: European Commission's decision on scrap metal will be the most tragic24-05-2022, 11:41
Rejection of Russian palladium destroys markets24-05-2022, 11:41
US steel market sentiment becomes more price neutral05-05-2022, 10:15
The global high-strength steel market will grow steadily by 5% annually for the04-05-2022, 08:45
China steel inventories hit 13-month high amid COVID-19 outbreak30-04-2022, 16:38
Slowdown in global auto sector affects steel prices27-04-2022, 12:36
World alumina production reaches a record 138 million tons21-04-2022, 09:54
Sign in with: