The Norwegian and German navies will receive the most advanced submarines in the world by integrating advanced technologies to expand the U212 family of submarines in Europe. 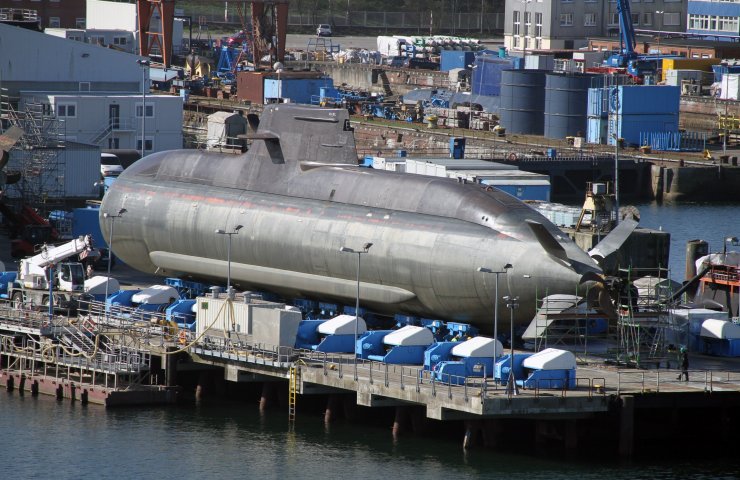 The order includes the delivery of two submarines to the German Navy and four to the Norwegian Navy. The order volume is approximately 5.5 billion euros. According to Thyssenkrupp, this is the largest order in 180 years since the company was founded.

Due to the pandemic, the ceremony was held on a small scale and virtually. Clients were connected via videoconference in Kiel.

Thyssenkrupp Marine Systems is one of the leading shipbuilding companies in the world with about 6,000 employees and is active as a supplier of systems for subsea and surface shipbuilding, as well as marine electronics and safety engineering.

Финансовая аналитика, прогнозы цен на сталь, железную руду, уголь и другие сырьевые товары. More news and analytics on Metallurgprom telegram channel - subscribe to get up-to-date market information and price forecasts faster than others.
Сomments
Add a comment
Сomments (0)
On this topic
German concern Thyssenkrupp sold six 212 CD class submarines to Germany and Norway
Reuters: ThyssenKrupp talks about the involvement of the investor in military shipbuilding
Germany will pay 6 billion euros with the Dutch shipyard for the construction of warships
In Italy confirmed talks with Thyssenkrupp on the consolidation of naval assets
Daimler cut its net profit by 2.8 times in 2019, completed the fourth quarter with a loss
German giant Thyssenkrupp resigns from blue-chip status
Recommended:
For 8 months of 2022, steel production in Ukraine fell by 64.5%, to 5.2 million tons
Russia may increase taxation of oil, gas, coal and fertilizers
The price of gold crossed the mark of 1700 dollars
News Analytics
British Steel owner asks government for financial support05-10-2022, 13:05
The price of gold crossed the mark of 1700 dollars05-10-2022, 13:28
US coal prices top $20004-10-2022, 10:16
Tata Steel merger plan to secure long-term profits03-10-2022, 10:46
US hydrogen prices to drop to zero dollars per kg in 5 to 6 years: Platts02-10-2022, 21:53
China production cuts in winter will give limited boost to steel markets -15-09-2022, 10:09
Steel prices may rise as manufacturers stop production11-09-2022, 14:06
IREPAS: The global long products market is in a "dramatic situation"10-09-2022, 20:49
Steel prices are unlikely to rise significantly in the near future - analysts02-09-2022, 22:58
Steel prices may move up on new data from China31-08-2022, 12:19
Sign in with: