The Norwegian Ministry of Defense said new investments in the submarine fleet are associated with the growing military-political importance of the Arctic. 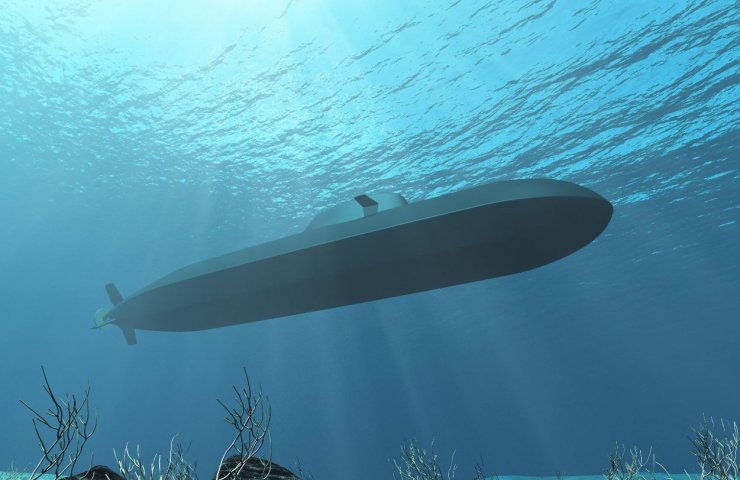 Thyssenkrupp Marine Systems has reached an agreement with the purchasing authorities of Germany and Norway on the framework conditions for the sale and purchase of six 212 CD class submarines. After difficult negotiations, all participants agreed on the technical content and terms of the contract shortly before midnight Monday.

The design of the 212A class submarine, which has proven itself in service with the German and Italian navies, continues to evolve with the integration of future-oriented technologies to expand the U212 family in Europe.

Norway's intention to acquire German-made submarines became known in February 2017. Negotiations directly on the contract lasted about 2.5 years without much media coverage until the parties reached an agreement with the German shipyard ThyssenKrupp Marine Systems (TKms).

Norway now has six Ula-class submarines, which were phased into service in 1989-1992. In 2022, their number will be reduced to four. Norway will start receiving new submarines no earlier than 2028–2029, which is three years later than originally expected in Oslo.

Thyssenkrupp Marine Systems is one of the leading shipbuilding companies in the world with about 6,000 employees and is a provider of technology systems for subsea and surface shipbuilding, as well as marine electronics and safety engineering.

Финансовая аналитика, прогнозы цен на сталь, железную руду, уголь и другие сырьевые товары. More news and analytics on Metallurgprom telegram channel - subscribe to get up-to-date market information and price forecasts faster than others.
Сomments
Add a comment
Сomments (0)
On this topic
Thyssenkrupp receives the largest order in the history of the company for the construction of 6
Mitsubishi-Hitachi Metals Machinery acquires Siemens stake in Primetals Technologies
EMSS tells visitors about nowych technologies
The operator of the gas transport system of Ukraine has concluded agreements with all connecting
The head of Volkswagen considered hydrogen technologies unpromising for the automotive industry
Metinvest and Primetals Technologies signed a memorandum of cooperation on decarbonization issues
Recommended:
Ukraine and Poland deepen strategic partnership in the field of geology and mineral resources
AvtoVAZ plans to produce at least 400,000 vehicles in 2023
The United States refused to impose duties on Russian metals and increase tariffs on iron imports
News Analytics
The Belarusian steel plant was visited by the Ambassador of Kazakhstan to06-07-2022, 17:44
US steel prices fall to December 2020 levels06-07-2022, 13:40
Interpipe mastered a new type of railway wheels for the EU market06-07-2022, 12:15
Tesla in the second quarter reduced the supply of cars by 18%04-07-2022, 10:24
Steel prices fall due to weakening European demand and problems in China04-07-2022, 10:40
High iron ore shortage could halt metallurgy's green transition28-06-2022, 14:02
Price volatility hits global steel market27-06-2022, 19:28
Recovery in China could be key to rising global steel prices - MEPS24-06-2022, 14:00
Conflict in Ukraine spurs Europe's drive for clean energy03-06-2022, 12:14
US steel market sentiment becomes more price neutral05-05-2022, 10:15
Sign in with: