Israel launched ground and air attack on the Gaza Strip 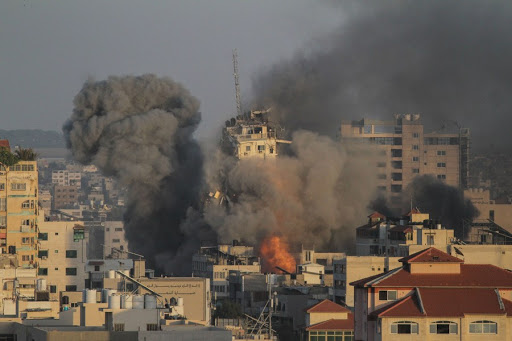 The Israel Defense Forces announced the beginning of attacks on the Gaza Strip, not only from the air, but also from the ground. Israeli Prime Minister Benjamin Netanyahu said that the operation will continue until peace and security are restored in the country.

"IDF air and ground troops are currently attacking the Gaza Strip," the IDF said on Twitter.

Meanwhile, The Times of Israel notes that tank attacks cannot be considered the beginning of Israel's ground operation in the Gaza Strip. The IDF itself later also emphasized that military equipment and soldiers did not cross the border. The publication explains that some of the language used by representatives of the Israel Defense Forces misled the Western media, which reported the start of a ground operation in the Gaza Strip.

According to Israel News, the IDF began artillery fire on targets in the Gaza Strip. The matter has not yet reached the ground operation, but the command is sending signals that this is possible. This is not the first time Benjamin Netanyahu has said that the operation will take a long time.

Heavy rocket attacks continued in Israel that night in the south and center of the country. In Beer Sheva, two houses were damaged; in Ashkelon, a man was seriously wounded by a shrapnel in the stomach. The 50-year-old victim was taken to hospital in critical condition. Another man. 90 years old, was injured while rushing to the shelter. In Moshav Shtulim, a 87-year-old woman was injured, she later died.

A meeting of the UN Security Council dedicated to the settlement of the Middle East conflict is scheduled for Sunday, May 16.

The situation escalated after the Israeli authorities showed their intention to forcibly evict several Palestinian families from East Jerusalem. Riots broke out there, in which hundreds of Palestinians were injured.

The last Israeli ground operation in the Gaza Strip was carried out in the summer of 2014. It was named "Unbreakable Rock". Air and artillery attacks on Gaza began on 7 July. The troops entered the gas only two weeks later. Their main task was to destroy the tunnels dug by Palestinian militants. The operation ended on 26 August with an agreement on an indefinite ceasefire in the Gaza Strip. During the hostilities, the militants fired more than four thousand rockets from the Gaza Strip. According to the UN, 1,462 Palestinian civilians were killed during the operation, one third of whom were children. Six civilians were killed in Israel, about 1.6 thousand people were injured. In the Gaza Strip, over 60,000 residential buildings and more than 5,000 businesses and commercial establishments were destroyed or damaged.

Recommended:
Converter # 3 was overhauled at the Mariupol plant named after Ilyich
Energomashspetsstal shipped equipment to three nuclear power plants in China, Turkey and India at once
The Ministry of Energy of Ukraine will take part in the European Hydrogen Forum
On this topic
Iran is satisfied with the reaction of the world community to 60% enrichment of uranium
Iran overtakes India in sponge iron production to become world leader in DRI production
Interpipe starts supplying pipe products to Qatar Petroleum
Iran's uranium enrichment up to 20% calls into question nuclear deal with Tehran - EU
Iran announced the benefits of US sanctions for the country's steel industry
Saudi Arabia's National Oil Company plans to build a metallurgical plant
Add a comment
Сomments (0)
News Analytics
Demand for scrap metal in Ukraine exceeds supply by 5%19-06-2021, 11:45
Ukraine resumed sea purchases of gasoline due to restrictions on supplies from19-06-2021, 11:38
Installation of the first mine hoisting machine of Uralmashzavod began in Altai19-06-2021, 11:46
European designers have learned to inflate steel structures that could be a18-06-2021, 17:42
In Ukraine, police were accused of involvement in the theft of coal from trains18-06-2021, 17:51
Vaccinations fuel demand for platinum - World Platinum Investment Council08-06-2021, 12:55
Sharp price growth continues in the rolled metal market - Ukrpromvneshexpertiza08-06-2021, 11:04
Analysts note overheating of the global scrap metal market01-06-2021, 13:28
Hydrogen-fueled steelmaking could be competitive after 2050 - McKinsey19-05-2021, 14:22
Steel raw material prices are skyrocketing across the board18-05-2021, 12:34
Sign in with: