Lithuania has stopped the transit of Belarusian potassium from February 1

The state company "Lithuanian Railways" today rejected all applications for the transit of potassium from Belarusian companies. Belarus plans to answer Lithuania with a complete ban on the transit of its goods through its territory. 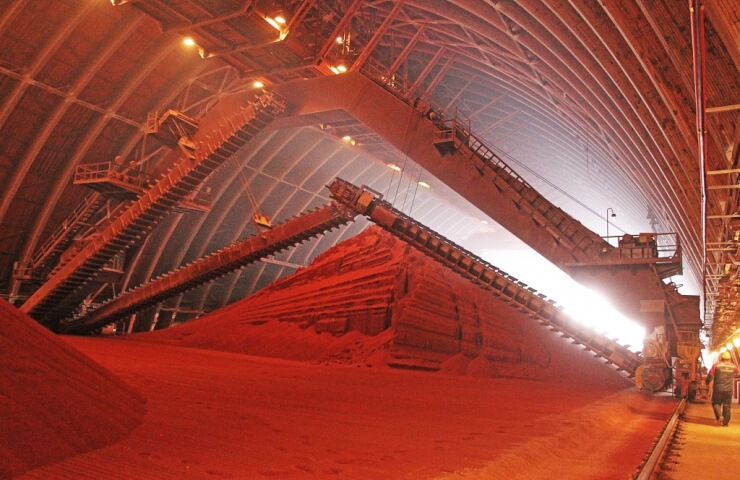 The Lithuanian government has decided to annul the agreement between the Belarusian manufacturer Belaruskali and the state enterprise Lithuanian Railways (LZhD) on the transit of fertilizers through the port of Klaipeda as of February 1.

Belaruskali produces every fifth ton of potash fertilizers in the world. Its products are supplied to more than 130 countries around the world. The largest consumers are Brazil, China and India. About 5% of products go to the United States and about 3% to Norway, where its customer Yara announced that it would end purchases by April 1.

In total, about 11 million tons of potassium chloride per year were exported through Lithuania, that is, more than 90% of everything Belaruskali produces.

Belarusian President Alexander Lukashenko said on Friday that if the transit of fertilizers is closed, he will block the possibility of any Lithuanian supplies.

“No cargo will be loaded, we will load all Russian and Belarusian cargo in Russian ports,” Lukashenka said during a message to the Belarusian people and parliament.

Recall that on January 12, the Lithuanian government decided to cancel the agreement on the transit of Belarusian fertilizers from February 1 in the light of the sanctions imposed on December 8 by the United States against OJSC "Belaruskali".

Финансовая аналитика, прогнозы цен на сталь, железную руду, уголь и другие сырьевые товары. More news and analytics on Metallurgprom telegram channel - subscribe to get up-to-date market information and price forecasts faster than others.
Сomments
Add a comment
Сomments (0)
On this topic
Belarus suspends export of petroleum products through Lithuania
German parliament officially recognizes elections in Belarus as rigged
Gazprom reacted to the refusal of Naftogaz of Ukraine to buy Russian gas with the words "no
The transit of Russian gas through Ukraine will continue on terms acceptable to all parties –
Who will freeze first, if Ukraine will stop the transit of Russian gas?
Siemens Energy promised Deutsche Welle to closely monitor democracy in Belarus
Recommended:
Uralvagonzavod is interested in the metal products of the Alchevsk metkobinat
China has sharply increased the export of excavators by reducing supplies to the domestic market
Procurement of scrap metal in Ukraine decreased by half
News Analytics
The largest producer of titanium raw materials in Ukraine OGCC will sell25-05-2022, 20:48
Glencore accused of bribery in London pleads guilty in the US25-05-2022, 10:44
Swiss oil and gas equipment manufacturer Sulzer leaves Russia24-05-2022, 13:08
BIR: European Commission's decision on scrap metal will be the most tragic24-05-2022, 11:41
Rejection of Russian palladium destroys markets24-05-2022, 11:41
US steel market sentiment becomes more price neutral05-05-2022, 10:15
The global high-strength steel market will grow steadily by 5% annually for the04-05-2022, 08:45
China steel inventories hit 13-month high amid COVID-19 outbreak30-04-2022, 16:38
Slowdown in global auto sector affects steel prices27-04-2022, 12:36
World alumina production reaches a record 138 million tons21-04-2022, 09:54
Sign in with: