The decrease in production volumes led to significant changes in the structure of the steel product portfolio and the direction of sales - they were reoriented from distant markets to the markets of Central and Eastern Europe. 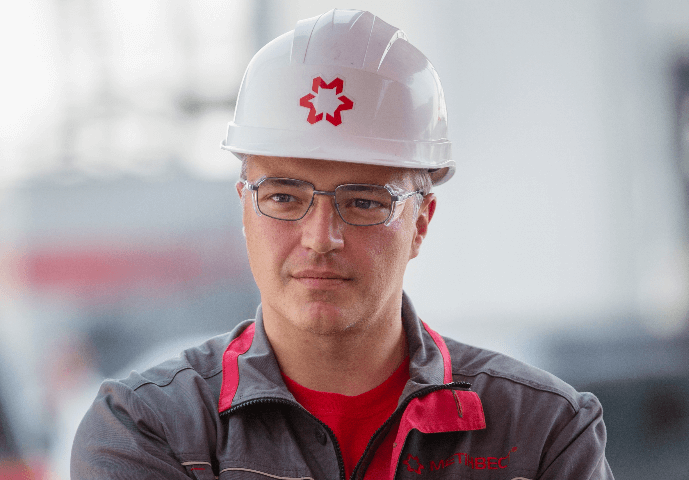 Netherlands mining and metals group Metinvest B.V. (Metinvest) has lost more than 40% of its metallurgical capacities in Ukraine and Europe as a result of Russia's special military operation.

“The use of the group’s total potential was reduced by more than 40% due to the war,” said Yury Ryzhenkov, CEO of the company, in his online speech at the Steel Success Strategies 2022 conference in the United States.

He stated that the full-scale Russian military invasion of Ukraine had a significant impact on the enterprises of the Metinvest group, as they are located near the front line and in the war zone, in particular in Mariupol.

The export volume of GOKs is limited by logistics. MMK them. Ilyich and Azovstal are destroyed and do not work. The capacities of Zaporizhstal are used by 54%, Kametstal - by 74%.

The capacities of Metinvest's European plants, which are used by 75% today, also suffered.

“The decrease in production volumes has led to significant changes in the structure of the steel product portfolio and the direction of sales - they have been reoriented from distant markets to the markets of Central and Eastern Europe. Metinvest is restoring supply chains,” Ryzhenkov explained.

He added that the group already has experience in managing enterprises in a crisis situation during the military conflict in Donbas in 2014-2017, which allows them to prepare enterprises for hostilities, carry out proper conservation and ensure logistics.

“The war in Ukraine has led to significant disruptions in value chains, paralyzed trade in the Azov-Black Sea region. As a result of the shortage of materials, there was a significant increase in prices, as well as a change in the geography of sales for many exporters. Export from Ukraine is complicated by logistical problems due to Russia's military blockade of the Black Sea,"" Ryzhenkov also noted.

According to him, the EU market is heavily dependent on exports from Ukraine and Russia and is likely to suffer the most from the crisis caused by the long military conflict. The redirection of trade flows and the technological rebalancing of steel production leads to another round of rising prices for key commodities at already high price levels in the markets.

The head of Metinvest predicts that in general, a change in the market balance could potentially lead to additional costs for European players up to $100 per ton. In addition, rising energy prices, including gas, coal and electricity, continue to drive high production costs.

The main shareholders of Metinvest are Rinat Akhmetov's SCM Group (71.24%) and Vadim Novinsky's Smart Holding (23.76%), who jointly manage the company.

Финансовая аналитика, прогнозы цен на сталь, железную руду, уголь и другие сырьевые товары. More news and analytics on Metallurgprom telegram channel - subscribe to get up-to-date market information and price forecasts faster than others.
Сomments
Add a comment
Сomments (0)
On this topic
Metinvest will join the international research consortium for the recycling of industrial waste
Metinvest created a company to manage Ukrainian coal assets
Metinvest denies allegations of alleged collusion in tenders of Ukrzaliznytsia
Metinvest predicts a drop in steel production in Ukraine to 6.5 million tons this year
Metinvest upgrades its ESG environmental rating by 0.3 percentage points in 9 months
Metinvest announced plans for mass layoffs
Recommended:
The strategy for the development of Russian metallurgy will be "quickly approved" in the Kremlin - Dmitry Peskov
Electricity prices put Sweden before a choice between steel smelting and cryptocurrency mining
China's shipbuilding industry continues to lead the global market
News Analytics
Russian metallurgists will need more than 10 years to replace imports of key09-08-2022, 07:23
China reduced steel exports in July by one million tons or 12%08-08-2022, 17:41
World steel prices have moved from a protracted fall to growth08-08-2022, 16:27
Ferrexpo's net profit in the first half of the year decreased by 88%03-08-2022, 10:20
Ukrainian gas transportation system allowed to pump biomethane03-08-2022, 10:18
The US market may begin a collapse in prices for thick sheet14-07-2022, 09:39
High iron ore shortage could halt metallurgy's green transition28-06-2022, 14:02
Price volatility hits global steel market27-06-2022, 19:28
Recovery in China could be key to rising global steel prices - MEPS24-06-2022, 14:00
Conflict in Ukraine spurs Europe's drive for clean energy03-06-2022, 12:14
Sign in with: