Ukraine reduced the export of scrap metal by eight times 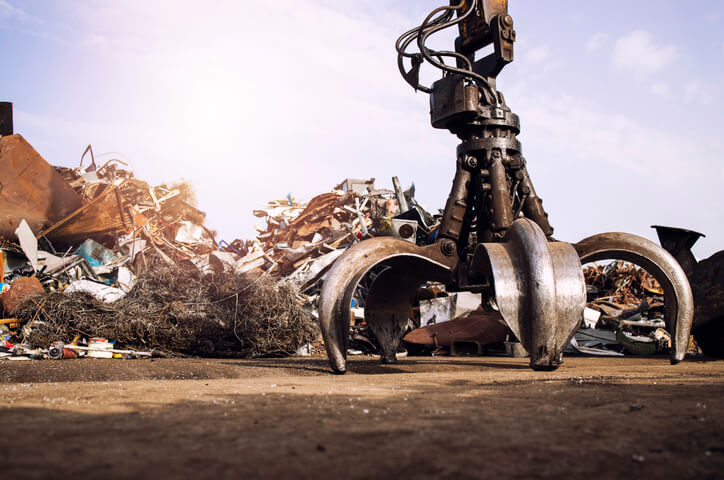 The export of scrap metal from Ukraine in the first half of 2022 decreased eight times year-on-year and amounted to 28.74 thousand tons, according to statistics released by the State Customs Service of Ukraine (SCSU) on Thursday.

In monetary terms, the export of scrap metal from Ukraine in January - June decreased by 6.8 times - to $12.24 million.

Import of scrap metal for the reporting period amounted to 1.55 thousand tons, which is also eight times less than in the first half of last year.

In monetary terms, the import of scrap to Ukraine decreased by 6.8 times - to $3.28 million.

In January-June 2022, metallurgical enterprises of Ukraine did not import hot briquetted iron (HBI), which is a substitute for pig iron and scrap metal, but exported 258 tons of this product to India (100%) in the amount of 48 thousand dollars.

Финансовая аналитика, прогнозы цен на сталь, железную руду, уголь и другие сырьевые товары. More news and analytics on Metallurgprom telegram channel - subscribe to get up-to-date market information and price forecasts faster than others.
Сomments
Add a comment
Сomments (0)
On this topic
Ukrainian enterprises reduced the export of ferrous scrap in half
Ukraine has reduced exports of pig iron in real terms by 3.3%
Ukraine in the first quarter increased export of semi-finished products from carbon steel by 12.3%
Ukraine increased export of semi-finished products from carbon steel by 3.7%
In Ukraine, the forecast drop in steel production by 7% in 2020
European Union scrap collectors worried about possible export restrictions
Recommended:
Battery output in China rose significantly in August
Ukraine's foreign exchange earnings from the export of ferrous metals decreased by $4 billion
Purchase of gold products from the company "Basis Gold"
News Analytics
The production of passenger cars in Russia decreased by 2.8 times in eight29-09-2022, 11:19
Donetsk and Torez electrotechnical plants will start producing electrical29-09-2022, 11:37
Ukrainian coking plants reduced gross coke production by 55.2%29-09-2022, 11:28
China ramps up investment in transport to bolster economy29-09-2022, 11:33
The heads of mining companies named the main risks for business29-09-2022, 10:03
China production cuts in winter will give limited boost to steel markets -15-09-2022, 10:09
Steel prices may rise as manufacturers stop production11-09-2022, 14:06
IREPAS: The global long products market is in a "dramatic situation"10-09-2022, 20:49
Steel prices are unlikely to rise significantly in the near future - analysts02-09-2022, 22:58
Steel prices may move up on new data from China31-08-2022, 12:19
Sign in with: