Since the beginning of 2022, almost 5.9 thousand cars have replenished the Ukrainian fleet of cars powered by battery power sources, which is 34% more than in the same period in 2021. 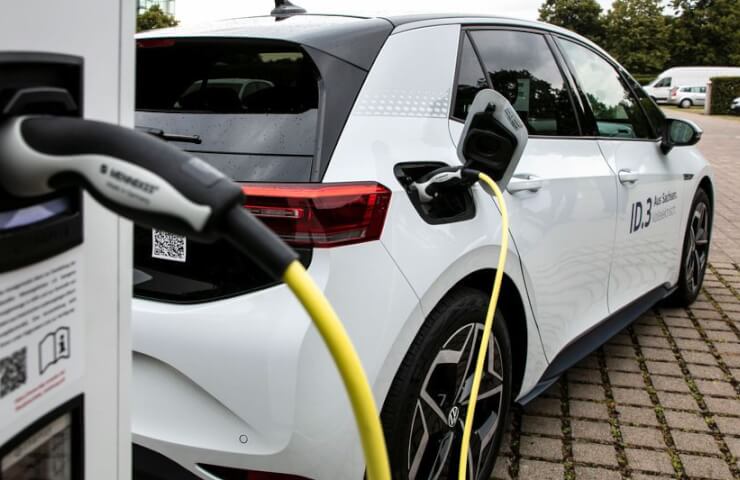 In July, Ukrainians purchased and registered 1,732 electric cars, which is 2.3 times more than in the past and 64% higher than in the previous month, reports Ukravtoprom.

Nevertheless, the share of new cars in electric vehicle registrations was only 11% against 20% in July 2021.

NISSAN Leaf remains the most popular passenger car on the Ukrainian market of all-electric cars. In July, 288 cars of this model (one new, the rest used) passed their first registration in Ukraine.

Volkswagen e-Golf is second. During the month, 151 electric Golfs (all second-hand) found their owner in Ukraine.

In third place - VOLKSWAGEN ID.4. This model has 134 registrations (including 25 new cars).

In total, since the beginning of the year, almost 5.9 thousand cars have replenished the Ukrainian fleet of cars powered by battery power sources, which is 34% more than in the same period in 2021.

Финансовая аналитика, прогнозы цен на сталь, железную руду, уголь и другие сырьевые товары. More news and analytics on Metallurgprom telegram channel - subscribe to get up-to-date market information and price forecasts faster than others.
Сomments
Add a comment
Сomments (0)
On this topic
The demand for electric cars in Ukraine since the beginning of the year increased by 37%
The market of passenger cars in Ukraine has increased over the year 2019 more than 30%
Nissan emerges as Tesla's biggest threat
Nissan plans to produce a retro-styled electric Micra EV
In Ukraine, the growing demand for electric vehicles, but mostly buy cars with mileage
Over the year, the Ukrainian market of new passenger cars decreased by only three percent
Recommended:
China's leading industrial profits fall 2.1% in first 8 months
The Baltic States plan to increase the capacity of offshore wind farms by seven times by 2030
Steel plant in Switzerland prepares for shutdown and layoffs
News Analytics
EBRD downgrades Ukrainian economic growth forecast for 2023 from 25% to 8%28-09-2022, 13:57
EU plans additional sanctions against Russian metallurgy27-09-2022, 10:34
The European Commission has approved 5.2 billion euros of state support for27-09-2022, 10:43
China's leading industrial profits fall 2.1% in first 8 months27-09-2022, 10:20
Moody's changed the outlook for the global mining industry to26-09-2022, 19:04
China production cuts in winter will give limited boost to steel markets -15-09-2022, 10:09
Steel prices may rise as manufacturers stop production11-09-2022, 14:06
IREPAS: The global long products market is in a "dramatic situation"10-09-2022, 20:49
Steel prices are unlikely to rise significantly in the near future - analysts02-09-2022, 22:58
Steel prices may move up on new data from China31-08-2022, 12:19
Sign in with: