"Ukrzaliznytsya" urged to invest in the development of export infrastructure and give priority to transport agricultural products by rail during peak loads. 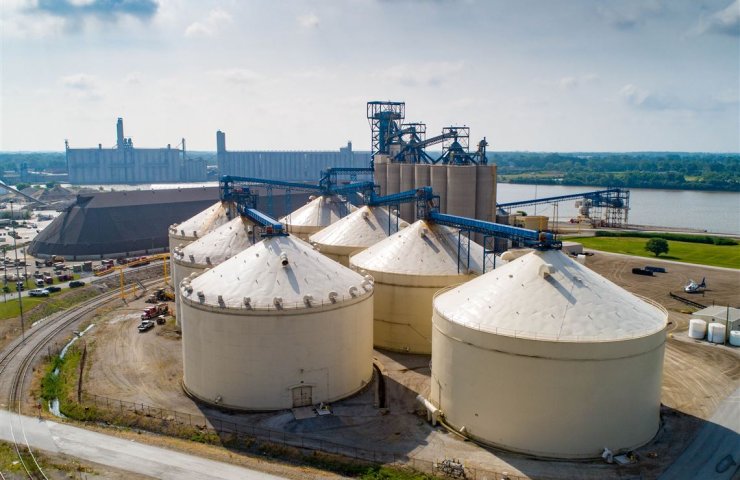 For a further increase in exports of grain cargoes from Ukraine it is necessary not only to improve the logistics of transportation, but also to develop the infrastructure. In particular, to build new, efficient elevators and to increase the capacity of port railway stations. This, in particular, was discussed at a meeting between Ukrzaliznytsia and the Ukrainian grain Association (UGA) on topical issues of rail transport of grain cargoes.

According to the Director of business development JSC "Ukrzaliznytsya" Andrey Ryazantsev, the railroad strives to meet the needs of the market in transportation of grain, crops which grow annually. For this purpose, in particular, the need to build additional capacity for storage of these products. Especially in port areas. The total lack of certified repositories can be about 40-65 million tons. In addition, there is a significant gap in the regional coverage areas. Some areas only 20-30% of the harvest secured repositories.

"According to experts, the amount of funds needed to cover this deficit, up to $ 16 billion. According to our calculations, for rhythmic transport of grain during the year required additional capacity for storage of about 13 million tons of cargo in port areas, which are then in peak season can be delivered to ports or railway or motor transport", - noted the Director of business development JSC "Ukrzaliznytsya" Andrey Ryazantsev.

At the same time, representatives of the UGA that effective transportation of grain cargoes it is necessary not only to develop dry ports and improve infrastructure throughout the country. This will allow you to quickly transport grain from any region. According to the President of the Association Mykola Gorbachov, now there are about a thousand elevators that do not meet modern requirements "Railways" to transport, so need a new granary and even their location in the regions.

"Business is ready to build the elevators at the regional level in those places where it will be effective. And today we want jointly with Ukrzaliznytsia to identify these places," said Nikolai Gorbachev.

Representatives of the Ukrainian grain Association also drew attention to the necessity of developing infrastructure on the Western borders of Ukraine, through which grain cargoes are sent for export to European countries such as Poland, Slovakia, and Belarus. The Association reported that Ukraine can annually export to Europe through the Western border of Ukraine is about 5 million tons of grain. Therefore, it is necessary to provide power to store the amount of goods at the borders, particularly stations such as Kovel, Mostecka, Mukachevo, which located closer to the European track.

According to the results of the meeting of Ukrzaliznytsia and UGA are planning to make a joint appeal to the government and the Parliament with a proposal to consider providing priority to transport agricultural products by rail in the period of peak loads, and to develop programs promoting the construction of modern silos in the port areas on the borders of Ukraine with neighbouring States.

Recommended:
In 2020, Ukraine introduces green projects worth 1.2 billion euros
Bosch opens new chip factory in Dresden six months ahead of schedule
Metinvest cuts blast furnaces at the Azovstal metallurgical plant for scrap
On this topic
Ukraine is interested in import of electricity from Belarus Alexey Orzhel
Ukrzaliznytsia puts 100% of all orders of services in freight transport in ProZorro
The management of "Ukrzaliznytsya" will focus on "eradicating corruption"
"Ukrzaliznytsya" has offered FUE to work together to develop legislation in the field of public
The government fired the management of the Railways because of suspicions of corruption
Ukrainian mining companies accused of "Ukrzaliznytsya" in discrimination compared with the Russian
Add a comment
Сomments (0)
News Analytics
Metallurgical Plant "Zaporizhstal" performed overhaul of blast furnace No. 422-06-2021, 18:05
Since the beginning of the year, Ukrzaliznytsia has sold scrap of non-ferrous22-06-2021, 16:30
15 people detained due to an accident at an iron mine in China's Shanxi province22-06-2021, 15:38
World steel production soars to record 174 million tonnes in May22-06-2021, 13:28
The first train from Europe to China brought 82 Audi A8Ls22-06-2021, 13:58
European steel market is in confusion: price growth has slowed down, but no one21-06-2021, 17:40
Vaccinations fuel demand for platinum - World Platinum Investment Council08-06-2021, 12:55
Sharp price growth continues in the rolled metal market - Ukrpromvneshexpertiza08-06-2021, 11:04
Analysts note overheating of the global scrap metal market01-06-2021, 13:28
Hydrogen-fueled steelmaking could be competitive after 2050 - McKinsey19-05-2021, 14:22
Sign in with: