Ukrzaliznytsia will build 50 grain carriages at its own production facilities 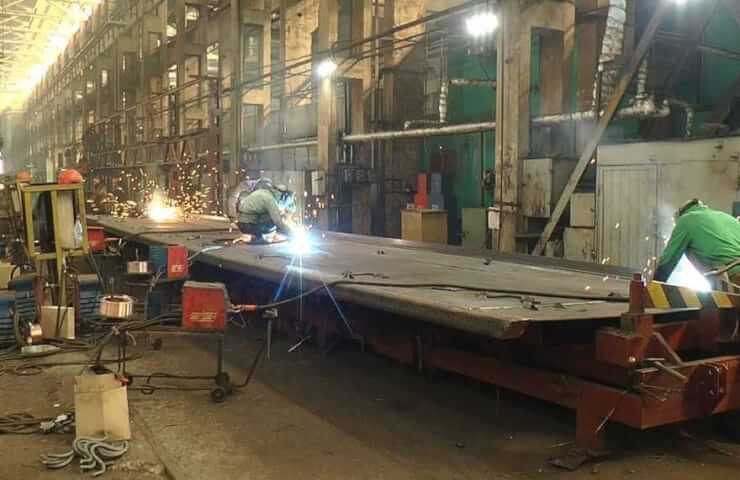 “Next year we plan to replenish the fleet of grain carriers, which are in high demand in the freight market. We are already forming an order for our Panyutinsky car-repair plant for the manufacture of 50 new-type grain carriages, which are completely the company's own development. We are launching the serial production of these cars, ”said the head of Ukrzaliznytsia.

He also added that the first advanced grain carriage was manufactured and put into series production in 2019.

The total fleet of grain carriages of JSC "Ukrzaliznytsia" is 11.4 thousand units, and in the coming years the company plans to renew it. To this end, the company has developed a concept for the renewal of the freight car fleet until 2028, approved on September 30, 2021 at a meeting of the Anti-Crisis Headquarters to restore the sustainable functioning of Ukrzaliznytsia JSC. According to the concept, in the next seven years, in particular, it is planned to build and upgrade almost 15 thousand grain carriers, including 3.6 thousand at the enterprises of JSC Ukrzaliznytsia.

The car for the transportation of grain and other bulk food cargoes, model 19-6938, is the development of the Panyutinsky Carriage Repair Plant branch of Ukrzaliznytsia JSC. The car is designed for bulk transportation of grain and other food bulk cargo in bulk, requiring protection from atmospheric precipitation. The prototype was manufactured in 2019, its volume was increased - 120 m³, while the maximum volume of old grain carriers is 94 m³. The design speed of the car is up to 120 km /h. The car is certified and intended for operation on the railways of Ukraine and the member states of the Council for Rail Transport.

Финансовая аналитика, прогнозы цен на сталь, железную руду, уголь и другие сырьевые товары. More news and analytics on Metallurgprom telegram channel - subscribe to get up-to-date market information and price forecasts faster than others.
Сomments
Add a comment
Сomments (0)
On this topic
Yuzhmash told whether it is possible to launch reusable rockets from the Black Sea
Manufacturers will begin to create their own car parks so as not to overpay to private traders -
Ukrzaliznytsia started mass production of brake pads
Новые правила ограничения сроков эксплуатации грузовых вагонов стали результатом уступок
There will be more scrap metal: Ukrzaliznytsia is preparing to dispose of an outdated car fleet
Ukrzaliznytsia developing a strategy for the development of multimodal transport
Recommended:
European metallurgists criticized the plans of the European Commission to refuse Russian gas
Ukraine in March lost about 70% of foreign exchange earnings from the export of rolled metal
Electricity from waste: Naftogaz and Clear Energy launched a biogas power plant in the Lviv region
News Analytics
The largest producer of titanium raw materials in Ukraine OGCC will sell25-05-2022, 20:48
Glencore accused of bribery in London pleads guilty in the US25-05-2022, 10:44
Swiss oil and gas equipment manufacturer Sulzer leaves Russia24-05-2022, 13:08
BIR: European Commission's decision on scrap metal will be the most tragic24-05-2022, 11:41
Rejection of Russian palladium destroys markets24-05-2022, 11:41
US steel market sentiment becomes more price neutral05-05-2022, 10:15
The global high-strength steel market will grow steadily by 5% annually for the04-05-2022, 08:45
China steel inventories hit 13-month high amid COVID-19 outbreak30-04-2022, 16:38
Slowdown in global auto sector affects steel prices27-04-2022, 12:36
World alumina production reaches a record 138 million tons21-04-2022, 09:54
Sign in with: