Adviser to the President of Ukraine: We expect 2021 to be a year of economic growth

Ukraine, which is in the group of countries with emerging markets, can already actively compete for the resource and count on a global investment. 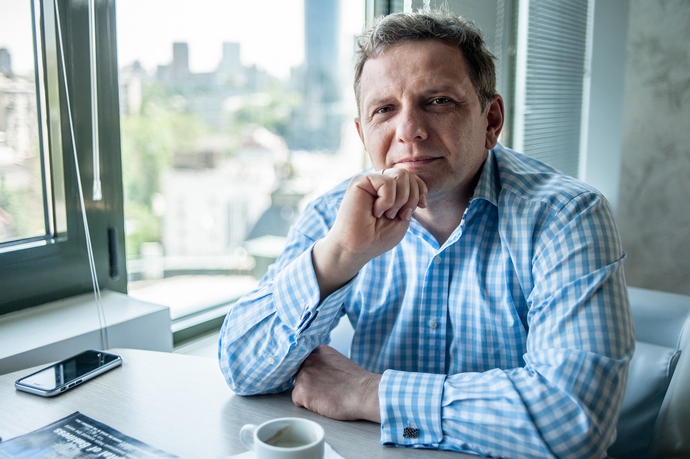 Oleg Ustenko, Adviser to the President of Ukraine on Economic Issues, predicts that in 2021 the Ukrainian economy will begin to recover due to positive trends in foreign markets and the NBU's monetary policy. Growth can be fueled by Ukraine's homework to improve the investment climate and steps to encourage domestic investment.

“Speaking generally about 2021, we expect that it will be a year of economic growth, a year of gradual recovery of the entire global economy, and, of course, the Ukrainian economy,” he said in an interview with one of the Ukrainian media.

The Adviser to the Head of State stressed that Ukraine largely depends on the situation on foreign markets, and any changes there immediately affect all the so-called small open economies, which include the Ukrainian one.

“But the expectation for 2021 is positive,” Oleg Ustenko said.

According to him, in recent months, prices for those raw materials that Ukraine exports, in particular metals and agricultural products, have been growing in foreign markets, and there are expectations that this situation will continue in the future.

Secondly, as Oleg Ustenko noted, the situation in the world financial markets has also improved.

“After the end of the election campaign in the United States and until the recent inauguration of the 46th US President Joe Biden, all stock markets began to grow, which means that both creditors and investors began to be active. Overall, international markets have grown more than 15% during this time. This means that investors who previously looked for "safe havens" are now starting to look for investment opportunities. This means that Ukraine, which is in the group of countries with emerging markets, can already actively compete for resources and count on a global investment, ”he said.

At the same time, our state must seriously approach its "homework", in particular, to create a high-quality investment climate, protect property rights, improve the judicial system, etc.

Recommended:
Ferrous metallurgy enterprises provided 78% of the foreign exchange earnings of the Donetsk region in 2020
Gosgeonedra drew attention to the protests of Mariupol residents against zirconium mining
Tesla buys $ 1.5 billion of bitcoins, pushing the price of cryptocurrency to $ 44,000
On this topic
Ukraine needs to reduce mortgage rates to 8-10% - Confederation of Builders of Ukraine
Yuzhmash told whether it is possible to launch reusable rockets from the Black Sea
How the reform of the electricity market in Ukraine can lead to a collapse and what to do about it
Stopped nuclear power plants and mines. What's going on in the energy sector of Ukraine?
MP Taruta said that Ukraine is in serious economic recession
Who will freeze first, if Ukraine will stop the transit of Russian gas?
Add a comment
Сomments (0)
News Analytics
India Offers Tesla Big Incentives To Build An Electric Vehicle Factory03-03-2021, 21:55
Ferrexpo raises pellet production by 7% in January03-03-2021, 20:15
UK Raises Tax Rates for Large Businesses to 25%03-03-2021, 18:09
Entrepreneurs agree with Ukrzaliznytsya an action plan to continue modernization03-03-2021, 17:31
Scrap metal collection in Ukraine increased by one and a half times due to high03-03-2021, 16:02
Spread between raw materials and high strength alloy steel in Europe increased01-03-2021, 20:21
Increase in prices is forecasted in the markets of steel raw materials -26-02-2021, 09:25
Troy ounce of gold will drop $ 500 in two years - Fitch25-02-2021, 18:29
Global iron ore production growth to outstrip cumulative production in India23-02-2021, 10:22
Fitch Ratings Warns of “Shocking Impact” on Fossil Fuel Exporters18-02-2021, 14:44
Sign in with: