The "green deal" will cost the European Union $ 100 billion

Investments will be crucial to the success of Europe in the fight against global warming. To this end, the European Commission will present the sustainable Europe for investment. 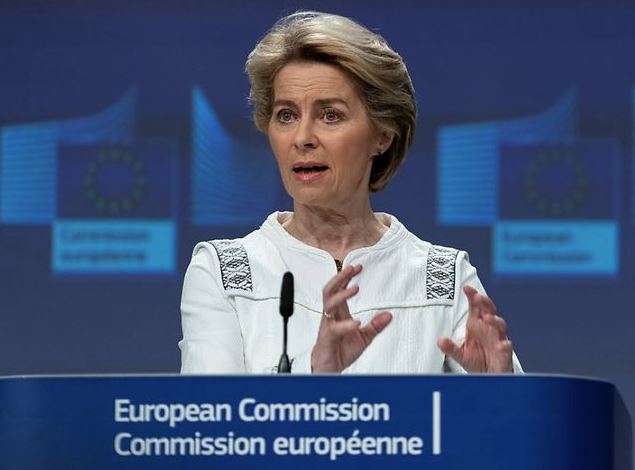 "I want to inform you that we are working on the ambitious task of gaining a mechanism-just transition to a clean economy, together with the European investment Bank, € 100 billion for the next budget period. To achieve this, we create a mechanism, which relies on funding sources from the EU budget", - said von der Leyen.

"If we do this right, if we invest in research and innovation in green technologies, sustainable solutions and new businesses, we will be able to demonstrate how setting a trend that might be for the European Union's new growth strategy," said von der Leyen.

Brussels wants all member countries of the EU have achieved carbon neutrality, that is, reduced to zero the difference between the emissions of greenhouse gases and their absorption. The "green deal" also implies better thermal insulation of houses and installation of more effective heating.

"the Renovation of buildings will allow people to reduce their utility bills, says Esther Eysines from the Fund for the protection of wildlife. - You will have to pay less for energy in homes will become warmer. This will create the opportunity for employment; we need the labor force, professionals, technicians to do the repair. This is a Prime example of how to enlist the support of the societies. We can benefit people, it will be good for the climate and the environment".

Main environmental Agency of the European Union warned Wednesday that it may be implementing the wrong climate policy that will prevent global warming.

Recommended:
Austrian OMV stops financing Nord Stream 2 ahead of schedule
Ukrainian industry demanded from the government to prevent economic and social catastrophe
The development of the hydrogen economy is included in the National Economic Strategy of Ukraine
On this topic
Who published the results of a study of the effects of climate change
The European Union has called for an emergency climate situation
Eurofer is proud of its support of the new industrial strategy of European Union
The EIB invests in the development of "green" energy 1 trillion euros
The European investment Bank ceases to Fund projects associated with coal, oil and gas
The European Commission does not have time to collect the full composition of the commissioners
Add a comment
Сomments (0)
News Analytics
Global hydrogen demand to grow 7-fold by 2070 - PwC21-04-2021, 12:31
Energy independence of Ukraine depends on decarbonization and "green" energy -21-04-2021, 12:42
Shell tests hydrogen fuel cells on ships in Singapore21-04-2021, 11:39
Gazprom will continue to develop priority areas of hydrogen energy based on21-04-2021, 10:49
EU approves targets to reduce greenhouse gas emissions by 55% by 203021-04-2021, 10:36
Global hydrogen demand to grow 7-fold by 2070 - PwC21-04-2021, 12:31
World Steel Association predicts a good year for metallurgists15-04-2021, 18:19
World Steel Association defines green steel and its variations12-04-2021, 13:14
China unlikely to cut steel capacity in 2021 due to high steel prices07-04-2021, 12:11
Scrap metal market at the beginning of April02-04-2021, 11:10
Sign in with: