In the Commission's recommendation includes the distribution of electoral materials in minority languages, use of minority languages when dealing with police, firefighters and doctors, as well as permission to write geographical names in other languages. 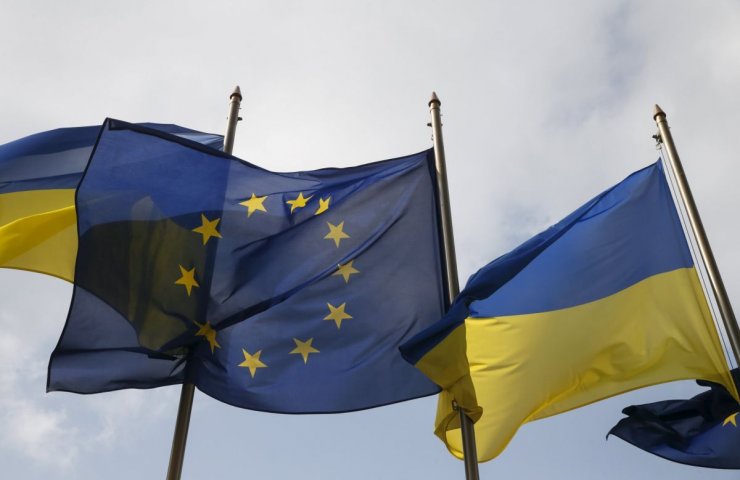 the Main body of the Council of Europe in the field of law - Venice Commission - a critical assessment of the Ukrainian law on functioning of Ukrainian as the state language and advised to change the number of articles, including to protect Russian language. This is stated in the decision of the Commission.

the debate on the conclusion of the Commission lasted for a few hours.

the Commission's Experts indicated that it is extremely important to achieve a balance in the language policy to avoid a situation in which this issue becomes a source of interethnic tension.

"Ukrainian Authorities failed to do, and this applies to the recently adopted law on functioning of Ukrainian as the state language", - experts say.

In the Venice Commission acknowledged that language policy is extremely complex, sensitive and politicized issue in Ukraine, especially on the background of the prolonged conflict with Russia.

the Commission also asks Kyiv to revise the law on the functioning of the Ukrainian language in cooperation with all stakeholders and representatives of national minorities.

"it is Necessary to consider the possibility of delaying the implementation of already existing norms of the state language law until the adoption of the law on minorities," the Commission recommends.

Experts also recommend to cancel the complaint mechanism and penalties for violation of language laws or at least limit such opportunities.

Rada passed the language law of 25 April 2019. He had to sign even the President, are actively using this moment in his presidential race.

the Document considerably increases the use of the Ukrainian language, for which he was criticized by some Pro-Russian politicians and representatives of some national minorities.

President Zelensky has said several times that the law requires a study, but a clear answer whether it is necessary to revise it, is not allowed.

the Quota for Ukrainian product on television is now 75% on national channels and 60% for regional. The law provides in 2024 increase these figures to 90% and 80%. These quotas are advised to review in accordance with the principle of proportionality.

the Language law, the punishment for the violation of

the rules For non-law provides not only accountable to the special commissioners, and General administrative, which will take effect in three years.

Recommended:
PJSC "Dnieper metallurgical plant" fulfilled the monthly production program axles for 10 days
In Russia introduced a model of market valuation of rebar to reduce antitrust risks
The U.S. Embassy in Baghdad urged citizens to immediately leave Iraq
On this topic
China imposed sanctions against American non-governmental human rights organizations
Shakhta imeni Artema will continue to produce iron ore for "ArcelorMittal Kryvyi Rih"
Because of the terrible working conditions in Ukraine die each year hundreds of people - study
The Verkhovna Rada adopted in first reading amendments to the law "On electricity market"
Отопительный сезон в Украине: где могут быть проблемы с теплом и почему
Украинская таможня будет защищать интеллектуальную собственность по-европейски
Add a comment
Сomments (0)
News Analytics
Mexican auto parts manufacturers intend to expand their influence in North18-01-2020, 10:19
Renault has reported a fall in sales of 3.4% in 201917-01-2020, 10:19
The President has received the resignation of the Prime Minister Goncharuk17-01-2020, 09:27
Volkswagen will buy 20% of Chinese battery manufacturer Guoxuan High-tech Co17-01-2020, 09:49
The Chinese economy in 2019 showed the weakest growth over the last 29 years17-01-2020, 08:20
Denimex is implementing in Ukraine a recovery service locks drill pipes15-01-2020, 14:36
Pipes to dig up, no one will – the operator of Ukraine's GTS on the reduction14-01-2020, 15:11
The head of the Pentagon: concrete evidence that Iran is preparing attacks12-01-2020, 20:50
Iran could obtain nuclear weapons within 2 years10-01-2020, 15:02
CNN: Ukrainian airliner was shot down by Iran missiles surface-to-air Russian09-01-2020, 22:47