Minister of economy of Ukraine reported that this is not the only company that uses and has used such a scheme. 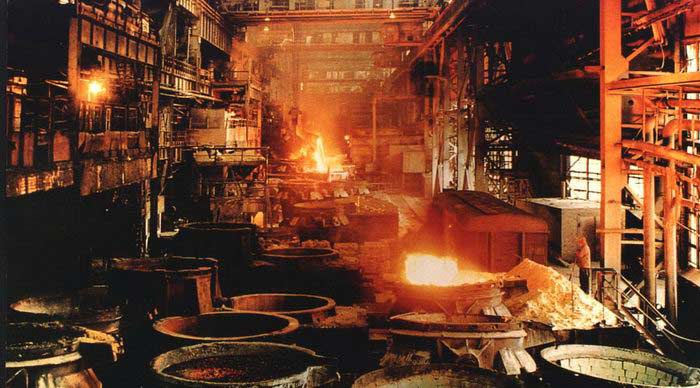 Minister of economy of Ukraine Tymofiy mylovanov confirmed that information about the Kharkiv state enterprise "Energostal" bankrupt through the artificial creation of debts on wages is and it is true. The Minister said on his page on Facebook.

"Indeed, the information that the bankrupt company through the artificial creation of debts on wages, and we have a new Director the company is and was. Bankrupt to take property in the city centre. To prove this we can not yet. Possible anti-corruption organizations and the media will help." – posted by T. Milovanov.

He also noted that "Energostal" is not the only company that uses and has used such a scheme.

Ministry of economic development, trade and agriculture intends to challenge the decision.

In November, the economy Ministry has fired 47 heads of state enterprises and civil servants of category A, including Director of SE "Energostal" Dmitriy Stalin. Later Milovanov reported that 43 companies have been appointed new managers.

SE "Energostal" is included into the State register of scientific institutions, which receive state support.

Company engaged in the design built, reconstructed and technically peronamalik of existing enterprises and industrial objects of mining-metallurgical complex, machine building and other industries, create new industries, technologies and processes, industrial ecology, energy saving, cooling of metallurgical units, utilization of secondary resources, metal products finishing, disposal of industrial and domestic waste, the implementation of the main provisions of the Kyoto Protocol in the basic industries.

Recommended:
Metallurgists of Donbass accounted for about 80% of foreign exchange earnings of the region in the first half of the year 2020
Interpipe has reduced sales and production of pipes by 25% and 32% respectively
The road at Central GOK, Metinvest watering 14 BelAZ and MAZ
On this topic
Tata Steel joined the project of construction of European hyperloop
The steel industry, the United States recognized itself the most energy efficient in the world
General Motors estimated losses from the most prolonged strike in the company's history
Volynets: the Ukrainian government began to fulfill the promise of salary debts to miners
Longest strike in General Motors history ends with union victory
Israeli company General Robotics intends to achieve 100% efficiency in the destruction of drones
Add a comment
Сomments (0)
News Analytics
DMZ reduced air emissions by one third09-08-2020, 10:56
"Metinvest " in May increased revenue by 13.6% versus April, debt increased by04-08-2020, 18:49
Metinvest's Kryvyi Rih GOKs will pay double taxes to the local budget until01-08-2020, 14:16
US Steel will not restart blast furnaces in Indiana until the end of this year01-08-2020, 14:02
ThyssenKrupp closed the deal for the sale of the elevator business01-08-2020, 13:53
Steel begins to lose the battle with the aluminium due to the growing27-07-2020, 17:08
Gold may reach a record high in 201114-07-2020, 12:47
Steel prices in southern Europe are rising, despite weak demand23-06-2020, 10:54
Analysts expect strong demand growth for steel in China10-06-2020, 11:57
Global steel consumption in 2020 will be reduced by 6.4% - Worldsteel04-06-2020, 13:53
Sign in with: