In Kharkov, held a meeting first in Ukraine crisis staff to combat coronavirus

owned by businessman Aleksander Yaroslavskiy hotel Kharkiv Palace 5* met with him and discussed the issues of protection of the population and business of the Kharkov mayor Gennady Kernes and Kharkiv region Governor Alexei the Coachman. 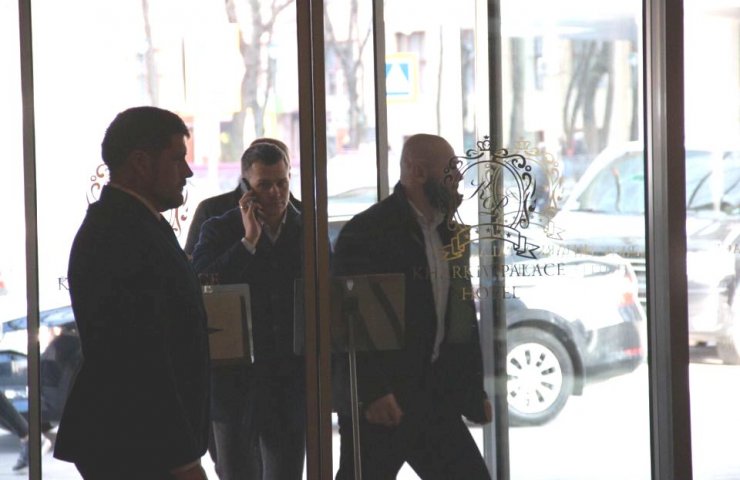 during last Tuesday's meeting of the first in Ukraine crisis staff to combat coronavirus, organized by the Kharkiv businessman Alexander Yaroslavsky, was announced priorities for the protection of the population and business of the region in a situation of the epidemic COVID-19.

"Kharkiv always been unity. We were once a challenge to Euro-2012, we rallied and held the event at the highest level. Now the situation is somewhat more complicated. But you just have to remember that you are Kharkov, slobozhanshina, to get into the pocket a little deeper and pull out more," said Yaroslavsky.

the Businessman confirmed that his friend, the owner of Alibaba, Jack MA has provided Ukraine with the test system for 1 million people with a total value of 80 million U.S. dollars, and China will fly the presidential Board. Yaroslavsky emphasized that tests on the 200 thousand people will remain in the Kharkiv region, and spoke about their financial investment in overcoming the crisis:

"On the national program, announced yesterday by the President, on health care, on older people - yesterday I gave $ 2 million. And today the Kharkiv regional programme has allocated another million. Will have more, give more. This is the time when we need to think not only about yourself."

Separately, he urged his business colleagues, "not only with tears in the eyes to remember how they like Kharkov and Slobozhanshchina. And stick his hand in his pocket to the cuff and from the heart native to the region. The names of all known, will publish who gave who gave. The money we collect for sure. Kharkiv will not be left without medical equipment and materials, and pensioners will not remain without attention".

Crisis management headquarters now collects information about the needs of medical institutions of the region to estimate total required financing because of today know only the number of socially vulnerable population groups and estimated the costs of providing their food packages. Staff will regularly report on its activities in terms of funding sources and cost items.

Recommended:
Sewing factory of Metinvest in Mariupol began producing protective masks
German car industry could lose 100,000 jobs because of the pandemic coronavirus
Gas prices in Europe fell to historic lows
On this topic
The holding company of Rinat Akhmetov promised to ensure an uninterrupted supply of heat and light
Oleksandr Yaroslavsky, intends to invest in Ukrainian roads $ 300 million
At Turboatom presented the achievements of the economy of Ukraine in the last 100 days
Who will freeze first, if Ukraine will stop the transit of Russian gas?
Businessman Yaroslavsky will turn the Kharkov tractor plant in Ekopolis (Video)
Отопительный сезон в Украине: где могут быть проблемы с теплом и почему
Add a comment
Сomments (0)
News Analytics
In "ArcelorMittal Kryvyi Rih" announced the observance of all rules of05-04-2020, 12:50
Syria has restarted a steel plant in Hama05-04-2020, 11:25
Iran plans to lift the quarantine for companies with "low-risk" on April 11,05-04-2020, 11:55
ArcelorMittal has declared force majeure on supply of steel in South Africa03-04-2020, 18:10
KAMAZ resumes production machines03-04-2020, 14:56
American steel industry is going through difficult viral crisis04-04-2020, 12:53
Представительница ВОЗ в Украине обратилась с открытым письмом к властям и03-04-2020, 11:20
Looking to the future: water resources, climate change and hydropower02-04-2020, 12:51
Coronavirus greatly distorted world markets of stainless steel31-03-2020, 15:01
BMW together with Japanese Toyota has created a hydrogen engine with an output31-03-2020, 12:22