DCH group Owner said he could no longer tolerate the deplorable state of roads in Ukraine. 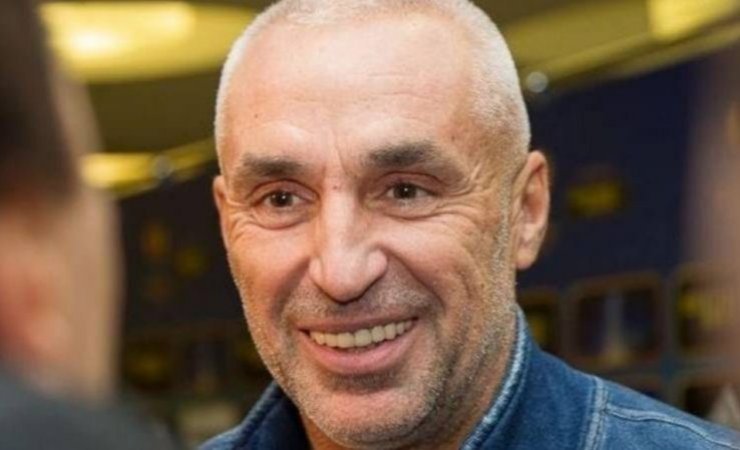 Owner and President of DCH group Alexander Yaroslavsky has announced its intention to engage in road construction.

"If not us, then who? Looking at the condition of our roads, I decided that DCH will participate in road construction", - said the businessman, speaking at the forum "Roads UA 2020", held under the auspices of the Cabinet of Ministers of Ukraine and the State Agency for automobile roads Ukravtodor January 27.

Yaroslavl estimated the potential amount of work that can perform road construction direction of DCH in the year, "100-200 million, and possibly $ 300 million". And stated willingness to engage in relevant projects in the near future.

As reported by Yaroslavsky, the DCH will create a specialized unit that will attract partners with the necessary technical base and with relevant considerable experience.

"We are certainly going to draw someone into cooperation. Those who have a road technician who will be able to quickly adapt to our situation, who we trust and who can honestly do this business. Examine the government's plan, which was presented today and will participate in tenders, at least in Kharkiv and Dnipropetrovsk regions. But in General we are interested in all the roads that we will be able to build," he explained.

DCH Group Alexander Yaroslavsky founded over 20 years ago and has a wide range of activities. The investment portfolio includes assets from such sectors as Finance, development, industry, transport, hotel business, etc. Among the iconic companies of the group – the legendary tractor Kharkiv and Dnipropetrovsk steel mills.

DCH, in particular, large-scale infrastructure projects in Kharkiv in preparation for Euro 2012. Thanks to the investment of Yaroslavskaya in the amount of $ 300 million, there was built a new airport and a number of important for UEFA sports facilities. Currently, DCH began work on the project of building a new airport in the river, under a public-private partnership by becoming a private investor in the creation of the modern airport complex (planned amount of investment - $ 80 million).

last week in Davos (Switzerland) Alexander Yaroslavsky took part in the meeting of the National investment Council of Ukraine. Also confirmed to reporters that buys from Victor Pinchuk, the Bank "Credit-Dnepr" and told about the progress of their projects "Ecopolis-Khartsyzsk pipe plant" in Kharkov and the construction of a new airport in the river.

Финансовая аналитика, прогнозы цен на сталь, железную руду, уголь и другие сырьевые товары. More news and analytics on Metallurgprom telegram channel - subscribe to get up-to-date market information and price forecasts faster than others.
Сomments
Add a comment
Сomments (0)
On this topic
"Naftogaz" has filed a lawsuit against the government of Ukraine for the issuance of a
DTEK held its first virtual reality event for employees
Metinvest group is required to consider the opinion of big business in the development of bills
Ukraine accepted the offer of the Mask on the free ventilators
Chinese technology company ZTE Corporation was the first business resident in the "Ekopolis
Guide Dreamlifts Ltd decided not to renew the cooperation with the Antonov company
Recommended:
Russia will allocate more than $700 million for the production of domestic aircraft engines
Ukraine reduced the export of semi-finished products from carbon steel by 70.3%
The European Union has sharply increased purchases of Russian titanium
News Analytics
China's iron ore output to rise in 2023 as new projects are launched30-11-2022, 18:10
"Centravis" agreed to supply a new batch of seamless pipes to a30-11-2022, 16:51
Metinvest enterprises in Ukraine resumed work after massive shelling of29-11-2022, 11:59
The European Council added the violation of restrictive measures (sanctions) to28-11-2022, 14:22
The abolition of export duty in India may reduce the price of Turkish steel28-11-2022, 14:07
Commodity prices will fall, metals quotes will rise slightly - Focus Economics28-11-2022, 13:28
Platinum market to face shortage next year - WPIC22-11-2022, 18:25
Global steel demand falls and will fall by 2.3% in 2022: WorldSteel19-10-2022, 23:12
Iron ore prices fall to 11-month low15-10-2022, 10:36
China production cuts in winter will give limited boost to steel markets -15-09-2022, 10:09
Sign in with: