Call Saudi Arabia for an emergency meeting of the countries-manufacturers of oil comes at a time when market participants began to doubt that this country will meet its previously announced plans to increase sharply in April oil production and its delivery to the buyers. 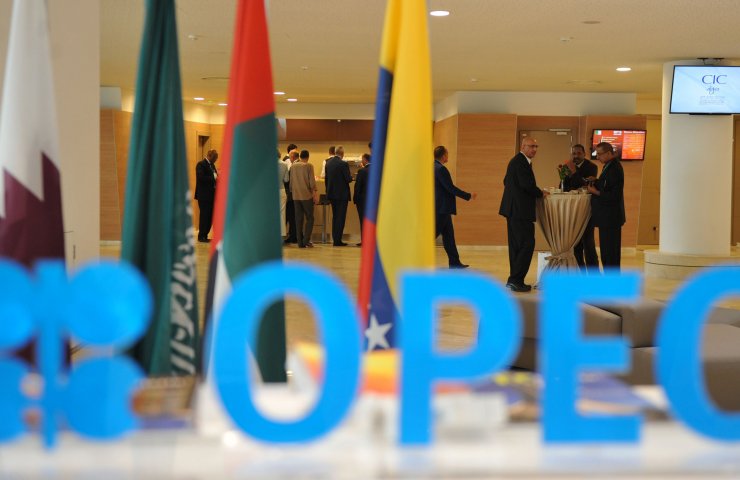 President of the United States Donald trump said Thursday that he held a phone conversation with Saudi crown Prince Mohammed bin Salman waits for the Kingdom and Russia cut oil production about 10 million barrels a day.

"I expect and hope that they will reduce by about 10 million barrels, and possibly much more – and this, if happens, will be great for the oil and gas industry," wrote trump on Twitter.

Saudi Arabia immediately after this, stated the necessity of holding an emergency meeting of OPEC+ and the "other countries" to adopt measures to stabilize the world oil market. Two weeks ago, Saudi Arabia called the inappropriate conduct of meetings within the OPEC+ even at the level of technical experts.

In a statement today, Kingdom is not specified, what other countries in addition to OPEC+, can take part in the emergency meeting of oil producers.

"the Kingdom calls for urgent meeting of OPEC+, and a number of other countries with the aim of reaching a fair agreement and restore the desired balance of oil markets", - stated in the message of the Saudi press Agency (SPA).

Saudi Arabia making such a call "in recognition of the requests" of U.S. President Donald trump, the statement SPA.

oil Prices soared more than 30% immediately after the review of the trump.

Recommended:
The Chinese company Sany has become the first in the world in the sale of excavators
Belarus suspends oil pumping to Poland
Zaporizhstal significantly reduced pig iron production in May 2021
On this topic
Saudi Arabia plans to sequester budget by 20% to win a price war in the oil market
Saudi Aramco has offered to buyers of oil, the highest discount for the last 20 years
The presidents of Russia and Ukraine exchanged congratulations with the New year
Ukraine detensive the scrap metal market in the spring
Tough guy against the comedian – as you can see the upcoming meeting of the two Vladimirov in the
The details of the placement of shares Saudi Aramco
Add a comment
Сomments (0)
News Analytics
Demand for scrap metal in Ukraine exceeds supply by 5%19-06-2021, 11:45
Ukraine resumed sea purchases of gasoline due to restrictions on supplies from19-06-2021, 11:38
Installation of the first mine hoisting machine of Uralmashzavod began in Altai19-06-2021, 11:46
European designers have learned to inflate steel structures that could be a18-06-2021, 17:42
In Ukraine, police were accused of involvement in the theft of coal from trains18-06-2021, 17:51
Vaccinations fuel demand for platinum - World Platinum Investment Council08-06-2021, 12:55
Sharp price growth continues in the rolled metal market - Ukrpromvneshexpertiza08-06-2021, 11:04
Analysts note overheating of the global scrap metal market01-06-2021, 13:28
Hydrogen-fueled steelmaking could be competitive after 2050 - McKinsey19-05-2021, 14:22
Steel raw material prices are skyrocketing across the board18-05-2021, 12:34
Sign in with: