enter the duties on steel and aluminium against Brazil and Argentina in the United States means a potential new phase in trade wars, in which the currency markets will become the main battlefield. 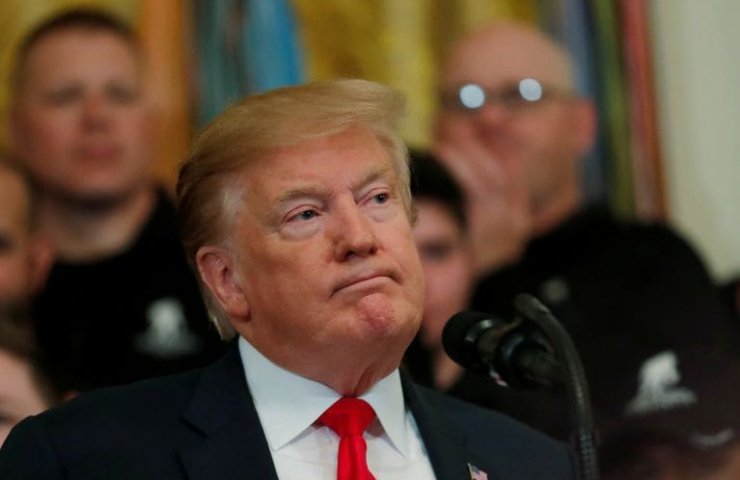 President of the United States Donald trump announced Monday that he will "restore" tariffs on steel and aluminum, imported from Brazil and Argentina, which caused widespread concerns over business in the country and abroad.

Shortly after this announcement the President of Brazil Haire of Bolsonaro told reporters that he will discuss with economy Minister Paulo Guidecom and, if needed, directly talk to the President of the United States.

Calling the move "unexpected," the Minister of production and labour of Argentina, Dante sica, said that "we still don't know what it means. We want to know the details and the scale of the announcement."

the Brazilian steel Institute, which represents the interests of exporters of metal products, said that the new tariffs will hurt not only Brazilian companies but also bring losses of American steel companies, because they require semi-finished steel imported from Brazil.

According to the Ministry of Commerce, in 2018 Brazil exported 13.9 million metric tons of steel, which is 9% less than in the previous year.

against the background of strong opposition to trump last year globally imposed tariffs on imported steel and aluminum, citing national security considerations defined in section 232 of the "Law on expansion of trade" in 1962. Brazil and Argentina signed agreements with the US administration on the introduction of quotas in exchange for the exception.

Convert a trump quota under section 232 for steel and aluminum from Brazil and Argentina is "illegal" - said in his tweet Jennifer Hillman, senior fellow for trade and international political economy at the Council on foreign relations.

"No, the tramp is unable legally to convert quotas to tariffs under Section 232," wrote Hillman.

the Prosecution trump "mass" of a currency devaluation also caused a strong negative reaction. Sica said that Argentina deliberately devalues its currency, noting that the currency has a flexible exchange rate and adapts to changes in the global environment.

Over the past year, the Brazilian and Argentine currencies have depreciated significantly against the U.S. dollar by approximately 8% and 37%, respectively, but analysts believe that the main reason is economic downturn, not manipulation of currency.

"Rates in the U.S. are likely to further undermine the currency, and the prospects for the two countries," said Monica de Boll, senior researcher of Peterson Institute for international Economics (PIIE).

Review trump was also contrary to the conclusion of the U.S. Treasury, which in its semi-annual report in may said that no major trading partner of the United States was not seen in the manipulation of its currency.

According to Bloomberg news, events, Monday will be the "first step". Trump directly linked the introduction of tariffs with the movement of the currency. "This means a potential new phase in its trade wars, in which the currency markets are a battleground", - stated in the message.

"no One knows where all this is happening, but this is the view of trump," said Chad Bown, senior researcher at PIIE. "This is another dose of uncertainty and a reminder that trump is ready for a currency war on top of a trade war."

Recommended:
On the territory of Ukraine was the first container train from China to the EU
Dneprovskiy metallurgical plant has reduced production of steel in 2019 almost 15%
The national Bank of Ukraine has expanded the list of RKO not are subject to taxes
On this topic
Los Angeles Times: a Perfect storm in the American market of steel
Перспективы развития экономики и рынка стали в ЕС в 2019-2020
Торговая война США и Китая выходит на принципиально новый уровень
Азия сталкивается с наплывом китайской стали из-за действий Вашингтона
Торговая война на рынке стали обходится американским компаниям в 11,5 миллиардов долларов в год
США: Победители и проигравшие в торговой войне Трампа с Китаем
Add a comment
Сomments (0)
News Analytics
Олег Дерипаска рассказал, что надо сделать России, чтобы не было стыдно перед26-01-2020, 15:16
Belarus received the first batch of oil from Norway26-01-2020, 11:58
Trump again used the law of 1962, to limit imports of metals in the US25-01-2020, 16:42
The government has established a working group for cooperation of Railways and25-01-2020, 12:02
The US Steel plant in Kosice extended four-day work week in February25-01-2020, 12:04
Booster Firefly Aerospace caught fire during testing24-01-2020, 17:53
The UN Secretary General in Davos stated that without reductions in greenhouse24-01-2020, 08:06
The hands on the clock "doomsday" shifted to 20 seconds closer to midnight23-01-2020, 23:38
China has banned all mass events for New year because of the epidemic of23-01-2020, 14:24
Rostec offers to give parachutes to the inhabitants of the upper floors of23-01-2020, 13:17